One One One Eagle Street

The choice to use Corian® for a number of key elements in the public areas of One One One Eagle Street Brisbane was an essential part of the carefully crafted internal and external palettes of the building. 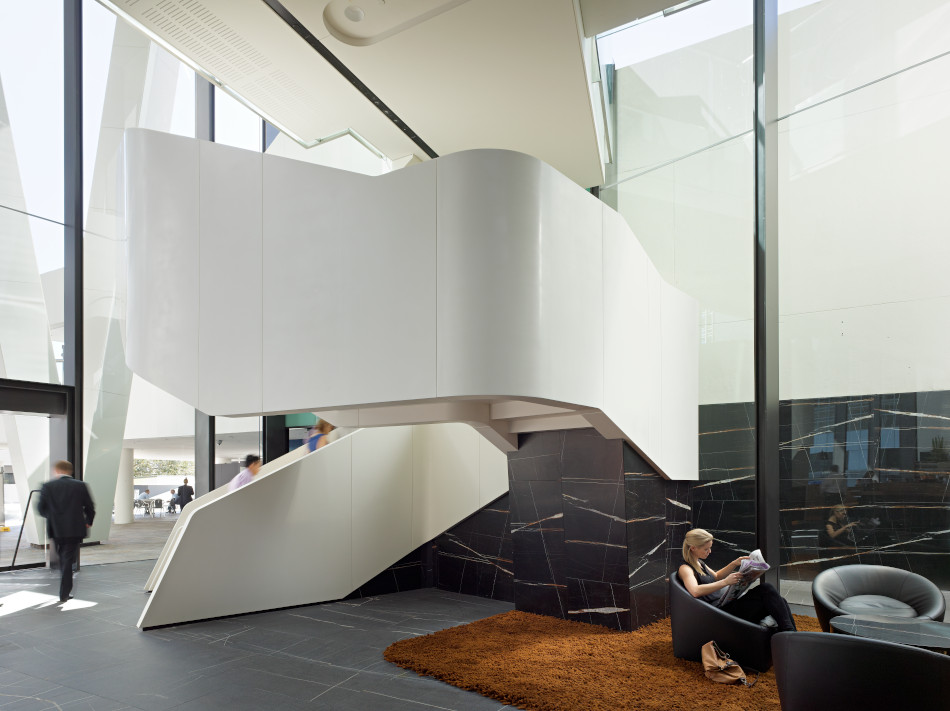 Corian® Cameo White in a matte finish was chosen as the cladding material for all of the internal and external structural columns.  The ability of Corian® to provide large sleek surfaces with inconspicuous seams and the soft finish allowed the large symmetrical columns to feature without enclosing or overpowering at the pedestrian scale. 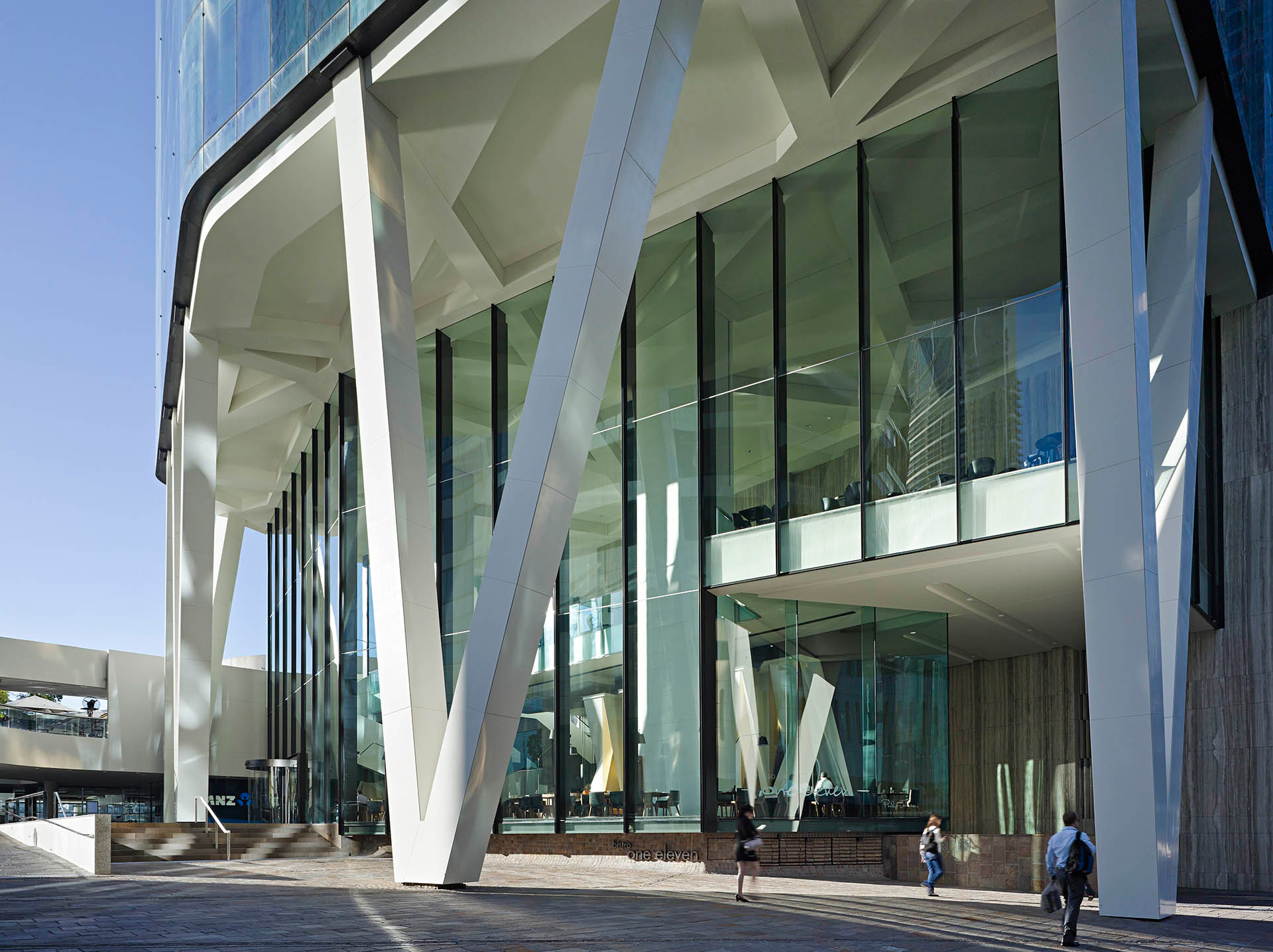 Corian® Cameo White was also chosen for the joinery facing of the One Eleven Espresso Bar where its ability to be joined, formed and back-lit was highlighted. It was a final element in the public interior that was assembled homogeneously through the use of Corian®. Fabrication for One Eleven Espresso bar has been completed by Norford Industries. 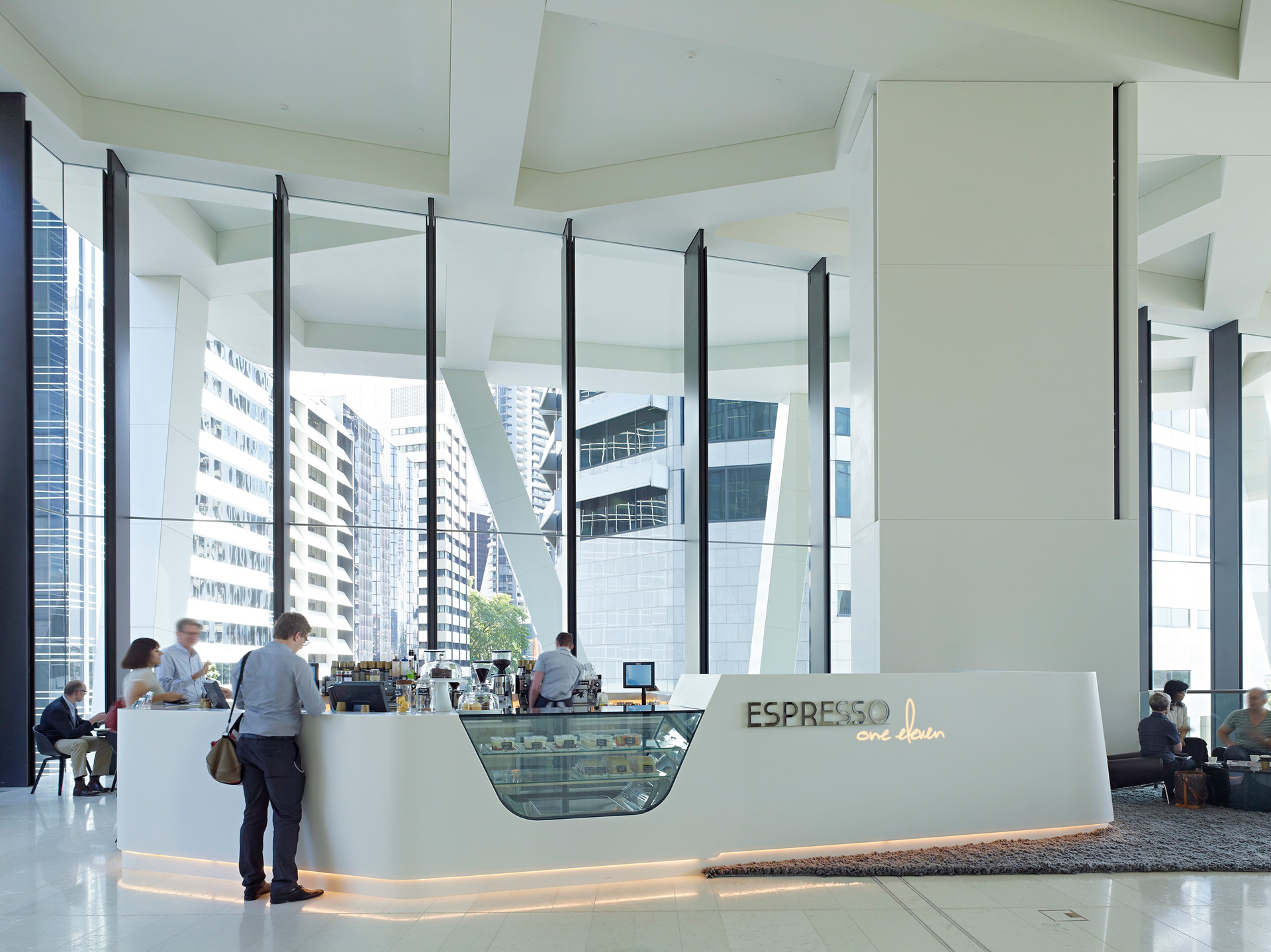 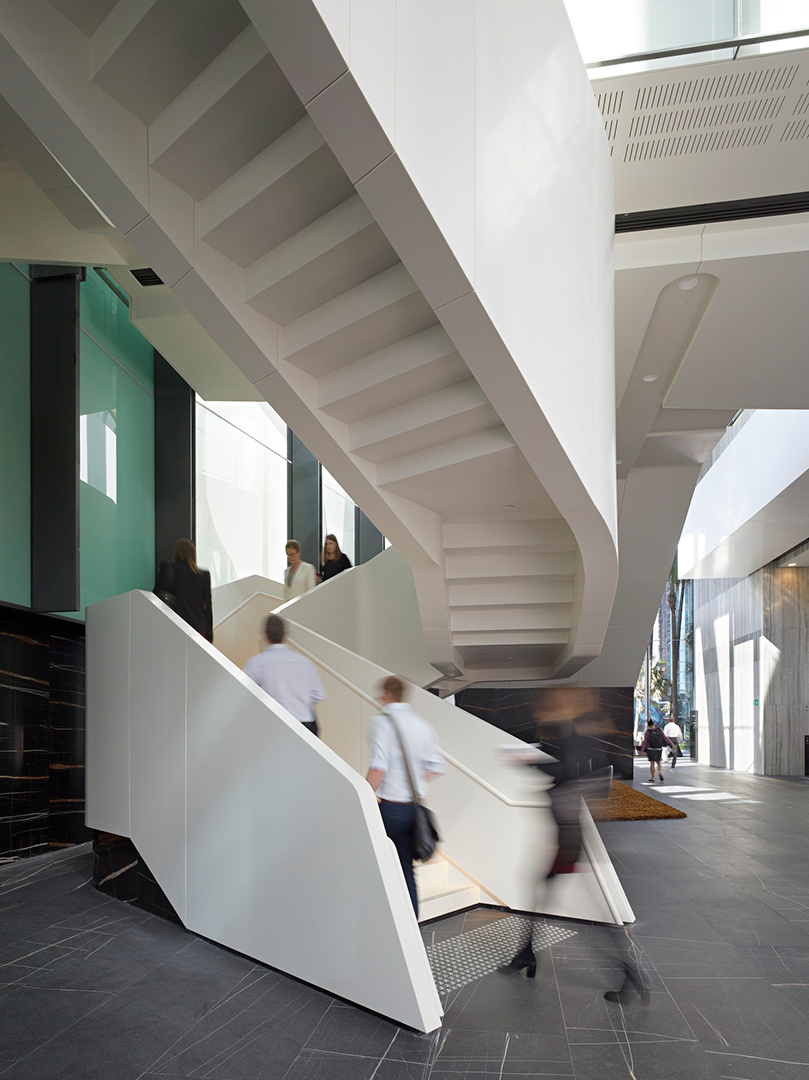 The ability to join and form Corian® seamlessly made it the natural choice for the complex curvature forms of the feature internal staircase from the ground foyer to podium level. The striking natural stone flooring and facings of the building core required a light and flexible counterpoint at this location and the satin finish of the Cameo White is ideal. It was the first choice material when developing the elaborate geometry and to provide the smoothly curved central form. 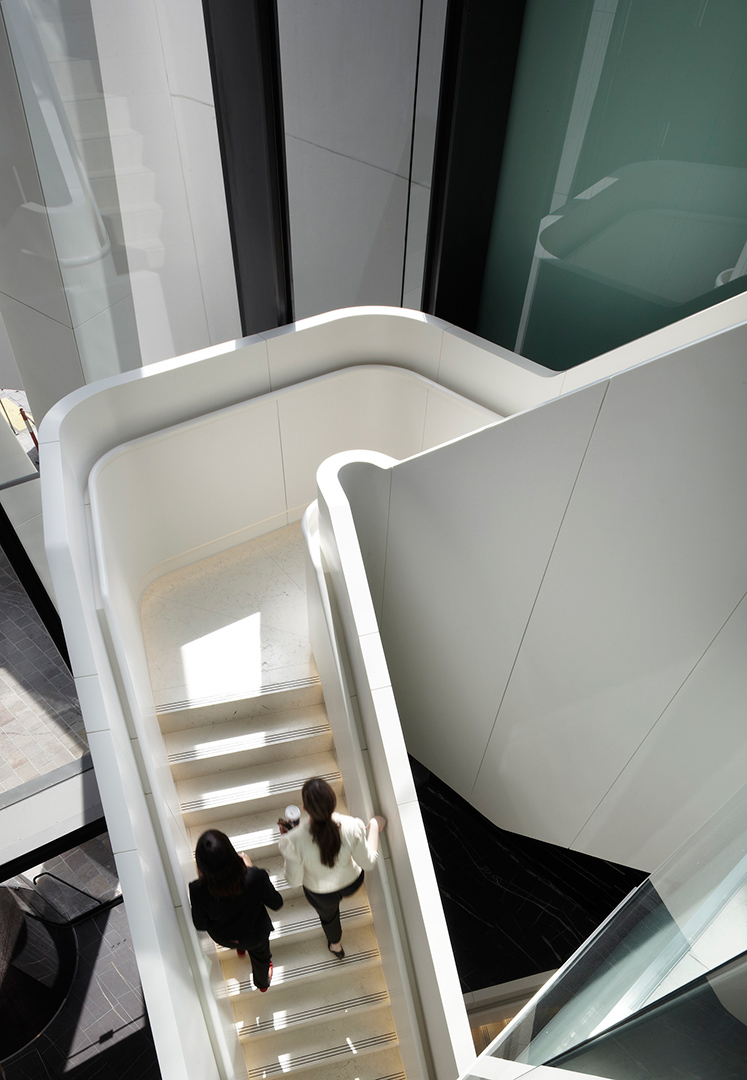 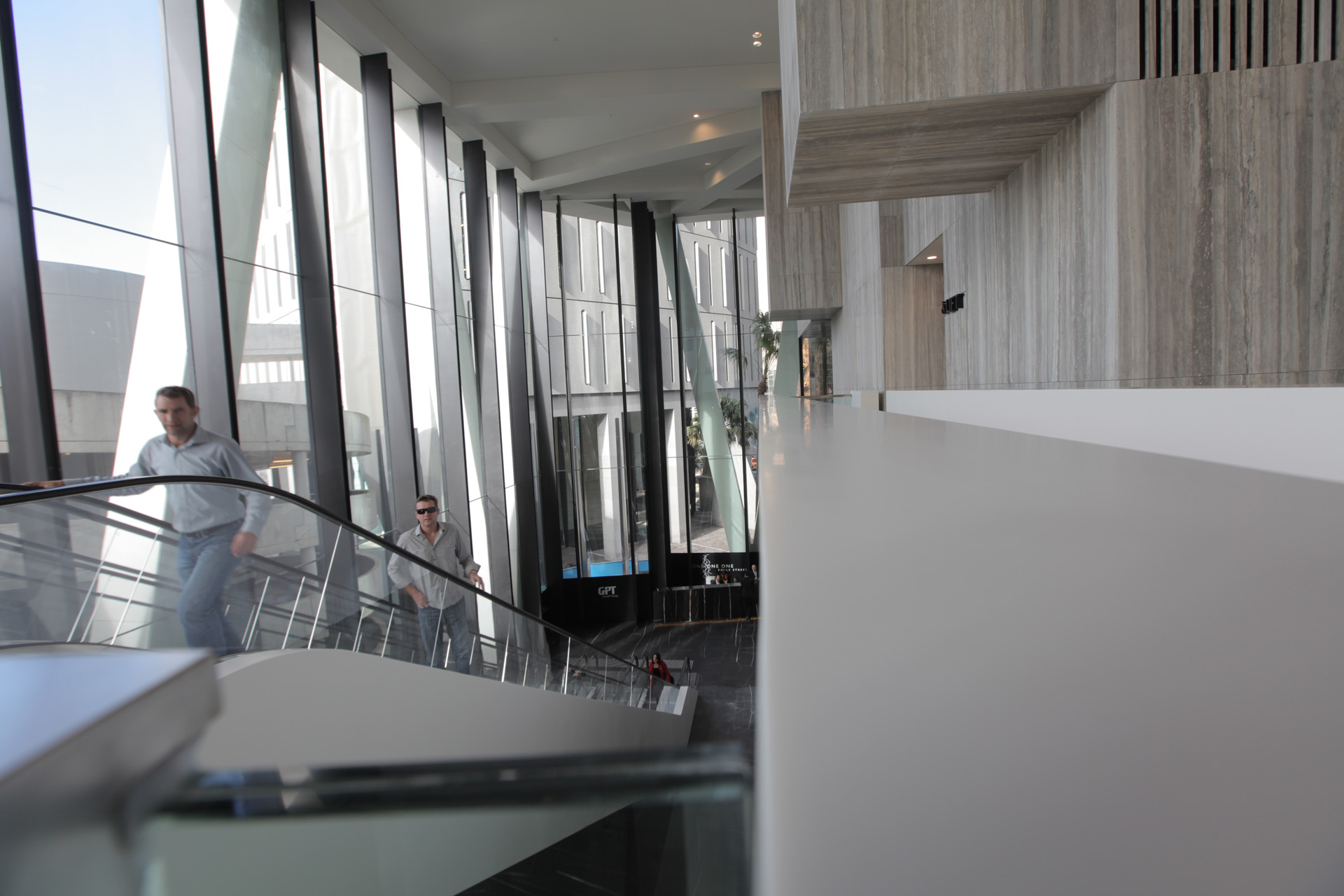