The new Central Park Cafe, Hemingway, was designed in conjunction with the Central Park Lobby upgrade. The curved monolithic forms of the main lobby extended to the new cafe counter, with a large boulder-esque sculpted appearance, gently resting in place. 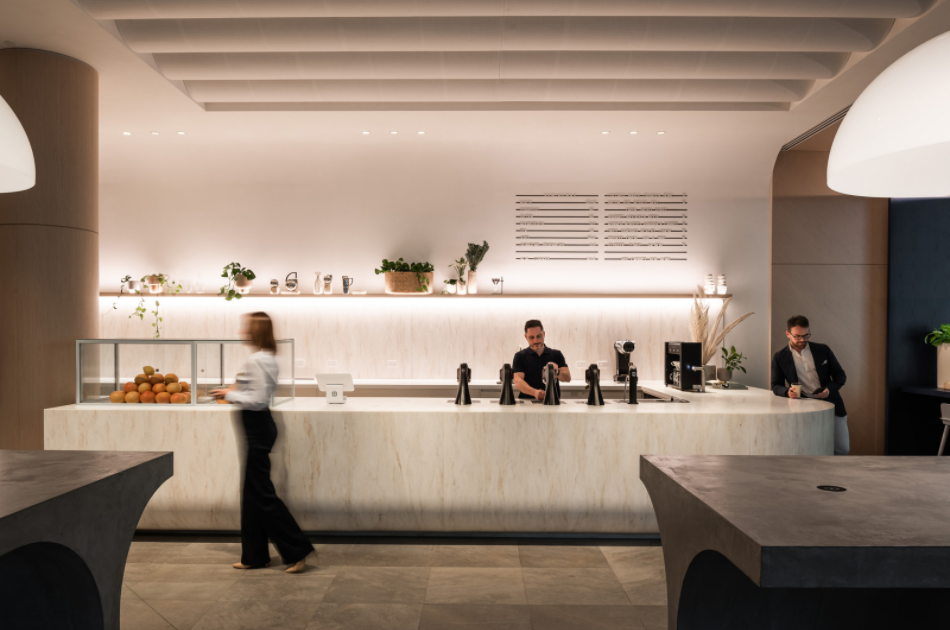 The design team designed a cafe counter to look like a large boulder and were looking for a material that could curve seamlessly in two planes. The material also needed to be robust enough to withstand the busy nature of a cafe while still looking sleek and clean. There was also a great deal of inbuilt coffee making equipment that had to be integrated into the benchtop, and the seamless nature of the Corian® meant  the design could future proof the cafe – if that particular tenant decided to change the coffee machinery or even move out in the future, it would be a simple process to fill the cutouts and make good for new equipment or a new tenant. 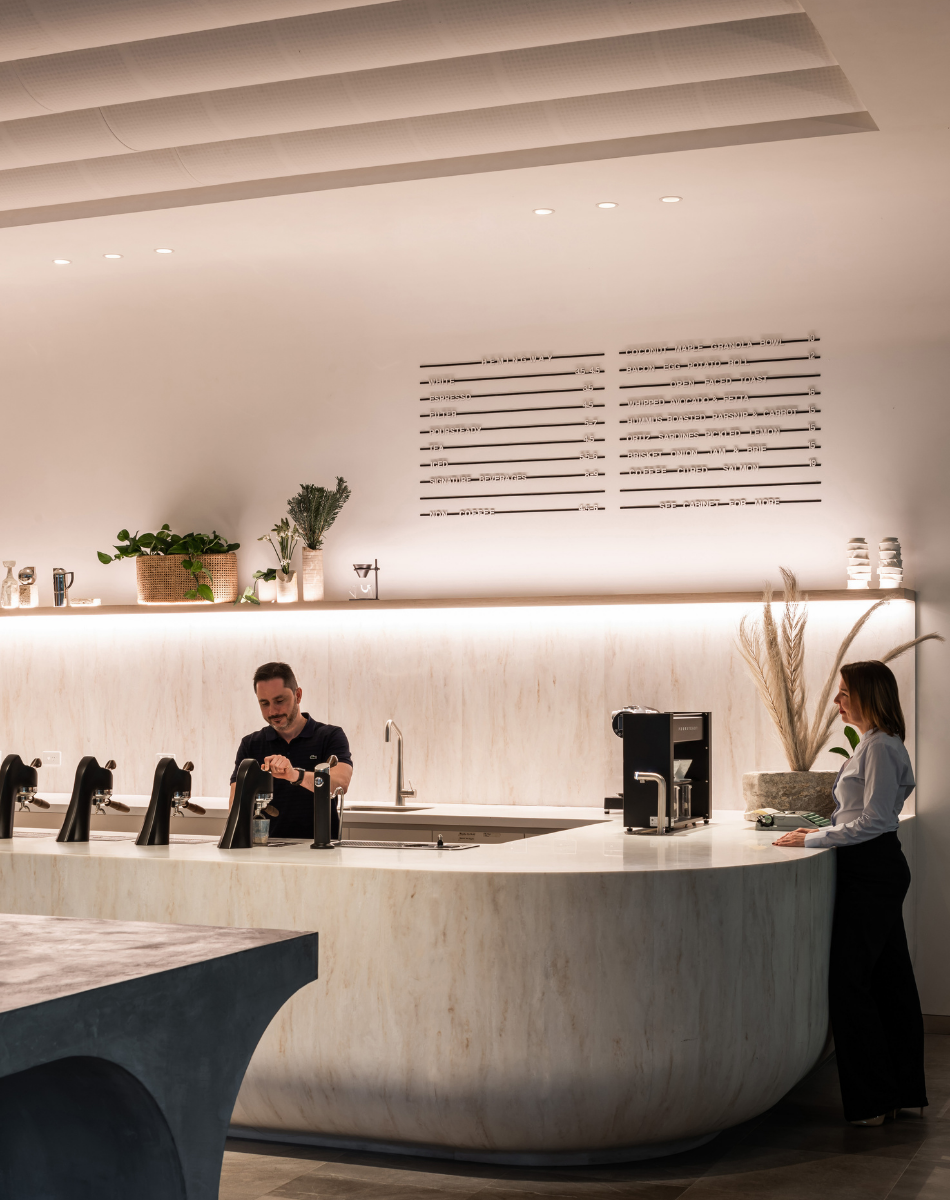 There was complexity around shaping the Corian® in two planes, and merging two different colours together – Witch Hazel forms the base, and Summit White forms the top.

The design team were warned that using a Corian® with a fairly strong grain while trying to curve it in both directions could have meant that junctions between panels would be more visible, but thankfully the installers and fabricators where able to circumvent this provide very clean and barely perceptible joint lines between panels. 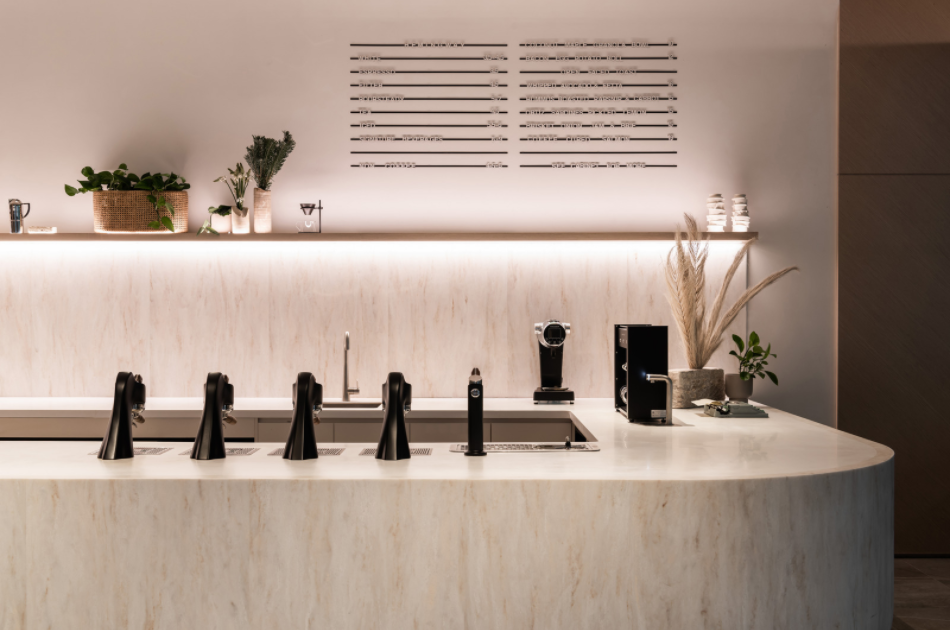 The design team and the client were extremely pleased with the outcome and due to the use of Corian® as a material, none of the original design intent of the café was lost. The counter curves are seamless and elegant – the end result is testament to the dedicated work and skill of the fabricator, the cabinet maker and the builder. 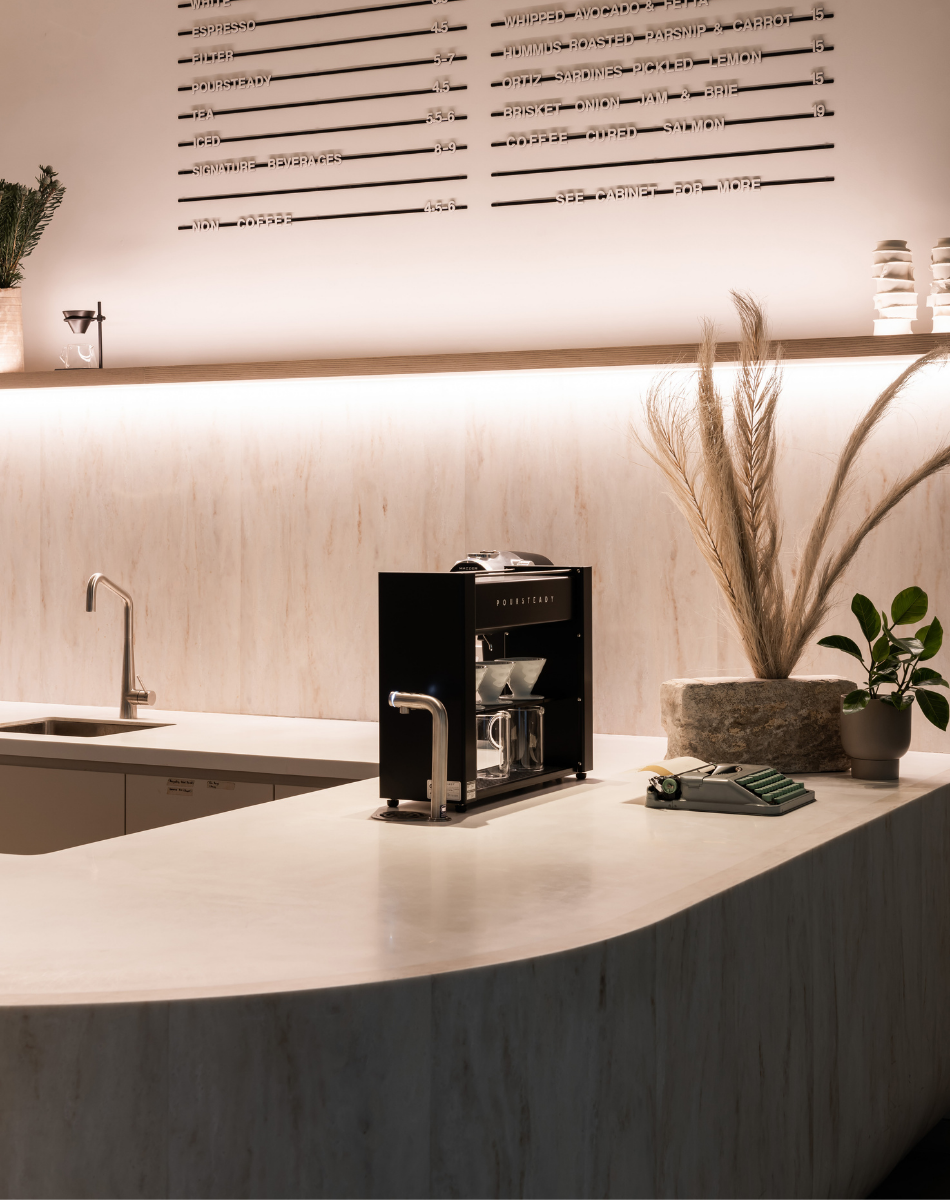