Critically, the seamless joining capabilities of Corian® allowed the walls to be constructed without any visible conventional joints which are natural weak points when striving for a completely clean environment. The refurbishment was completed within an existing building and the flexible detailing properties of Corian® accommodated building movements and vibrations.

Impressively, on-site construction began on the 24th of December 2014 and only seven working days into the programme the full structure of both operating rooms had been assembled, significantly reducing the construction time and impact on the adjacent live operating theatres and surrounding hospital environment. 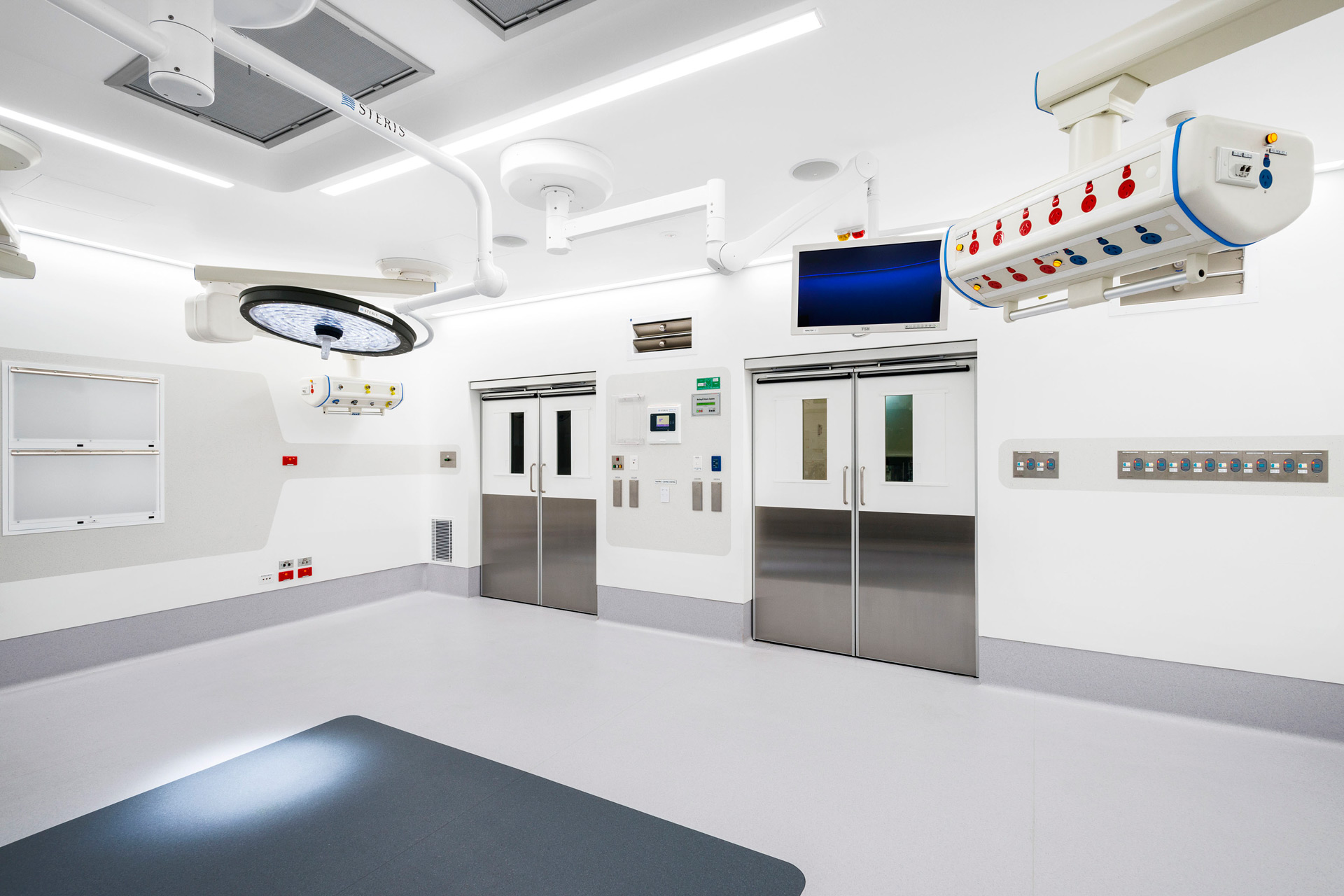 Radius-formed corners further assist with the ease of surface cleaning, which is essential in sterile environments such as Operating Rooms. 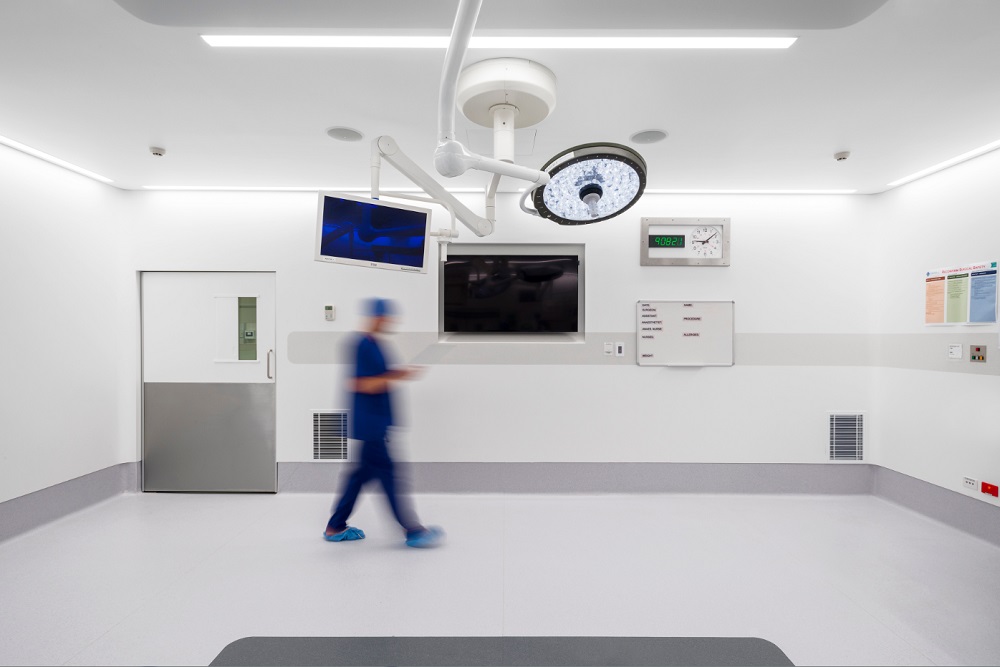 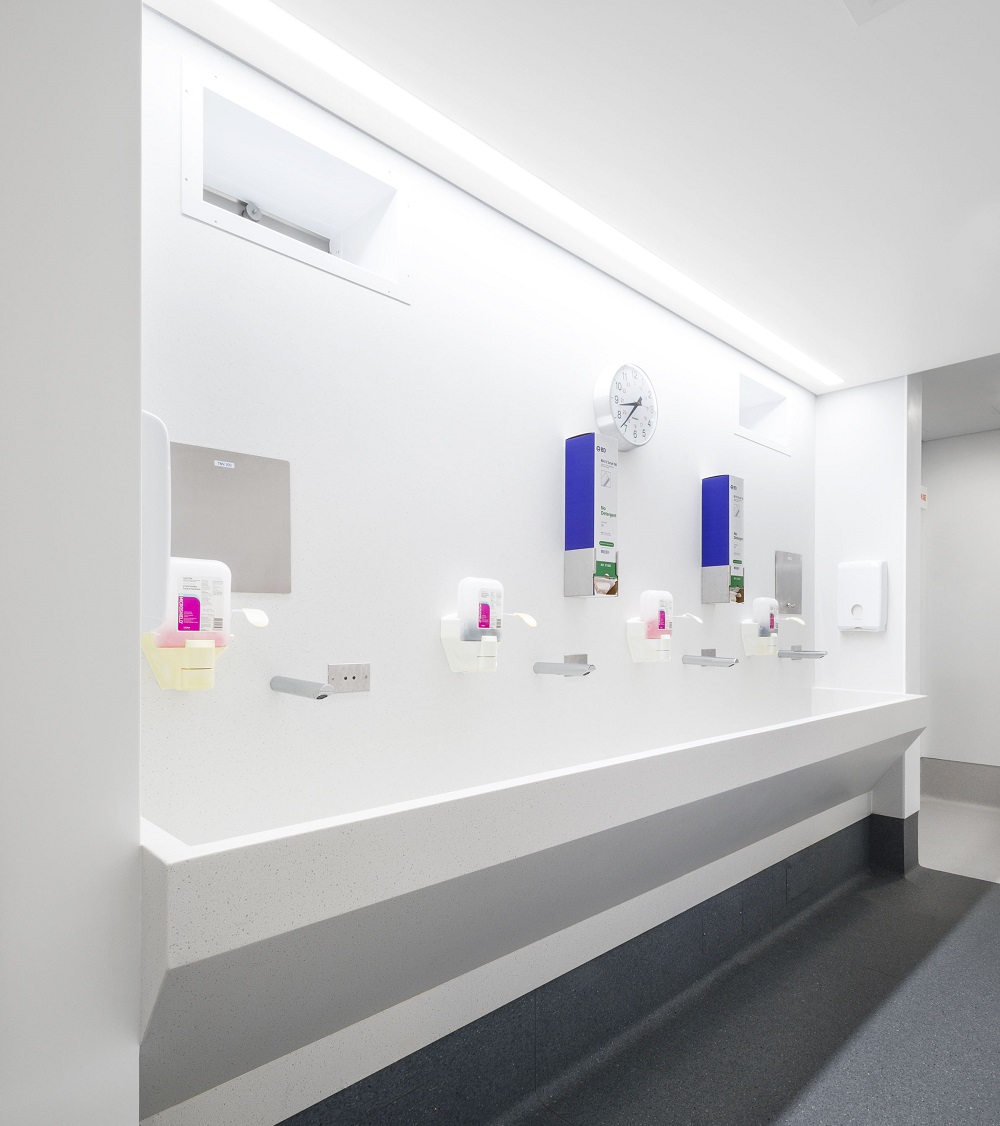 The contrasting Corian® Colour Aspen was used to establish a ‘Services Reticulation Zone’, intended to rationalise the complexities inherent with medical services and associated outlets in Operating Rooms.The entirety of Corian® was cut, formed and pre-assembled off-site, significantly reducing site times and ensuring accuracy upon installation. 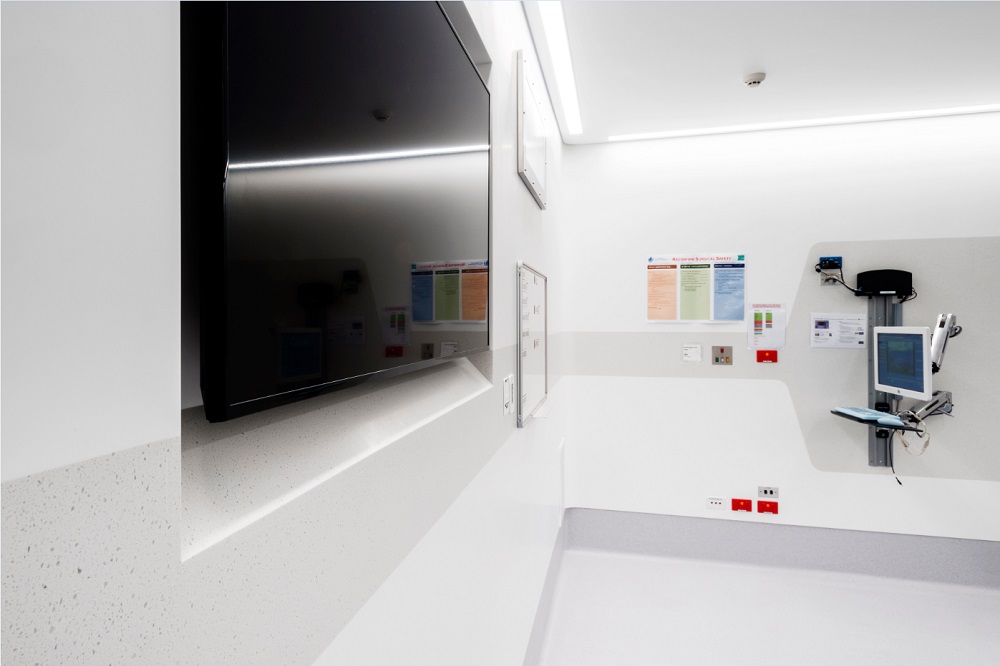 The client has embarked on a further programme of Operating Room refurbishment utilising Corian® as the selected wall lining.