For the 2019 Fuorisalone in Milan, 2×4 partnered with Samsung to produce the ’24hr. Kitchen’. The installation celebrated the centrality of the kitchen in everyday life. Comprised of three abstracted kitchens with three distinct environments: morning, day and evening. Stitching these environments together was the central element of the exhibition, a ribbon-like, 60-meter long counter that wound its way through the various  spaces. 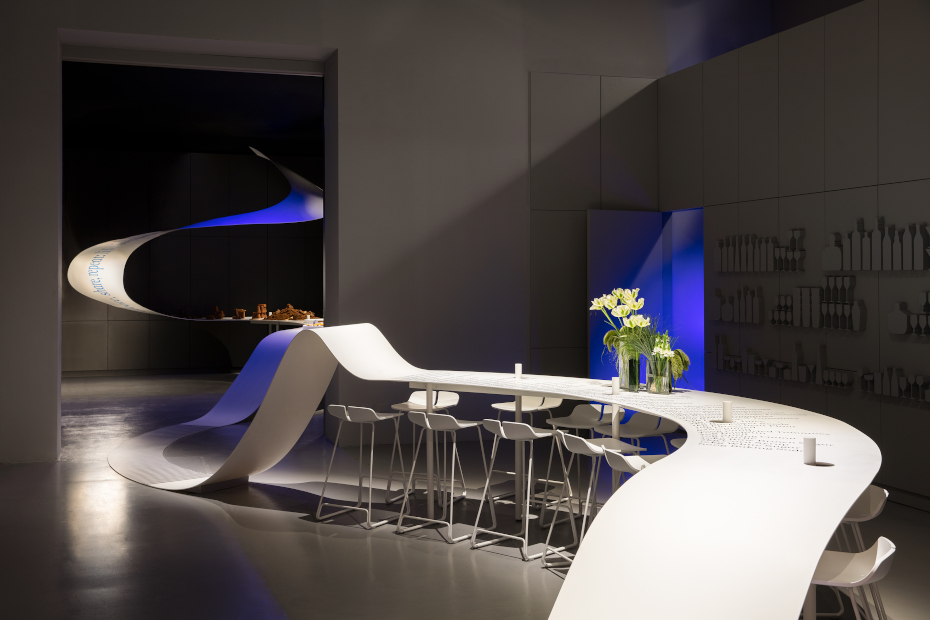 Each of these spaces suggested the forms of typical kitchens, accented with playful bas-relief walls that featured a wild array of tools and accoutrements essential to creative work in the kitchen, complemented by Samsung’s sophisticated kitchen technology. 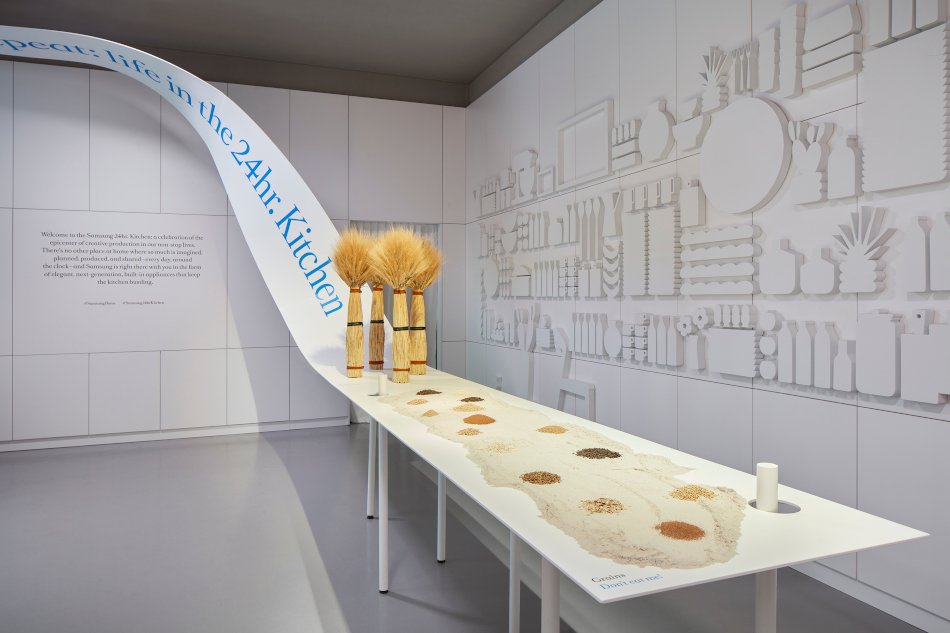 Atop the continuous counter, artist Laila Gohar created a linear display of ingredients in transition that highlighted the wild flights of fancy that transform raw material into edible art. In the morning, grains were coaxed into a panoply of baked carbohydrates, afternoon found an avalanche of tomatoes reimagined, and evening was a landscape of sugar, spun and sculpted—all the result of the alchemic, and elemental processes of cooking.

The design featured a 60m long continuously-seamed Corian® counter that, at times, was lightly supported off the floor, above the floor at counter height, overhead at the ceiling, and self-supporting between these transitions.

Incredibly, we were able to accomplish the design with a consistent 6mm thickness of Designer White Corian® in tandem with an inset structural support system that was detailed to appear invisible to exhibition visitors. Table legs seemingly piercing through the surface heighten its floating appearance. 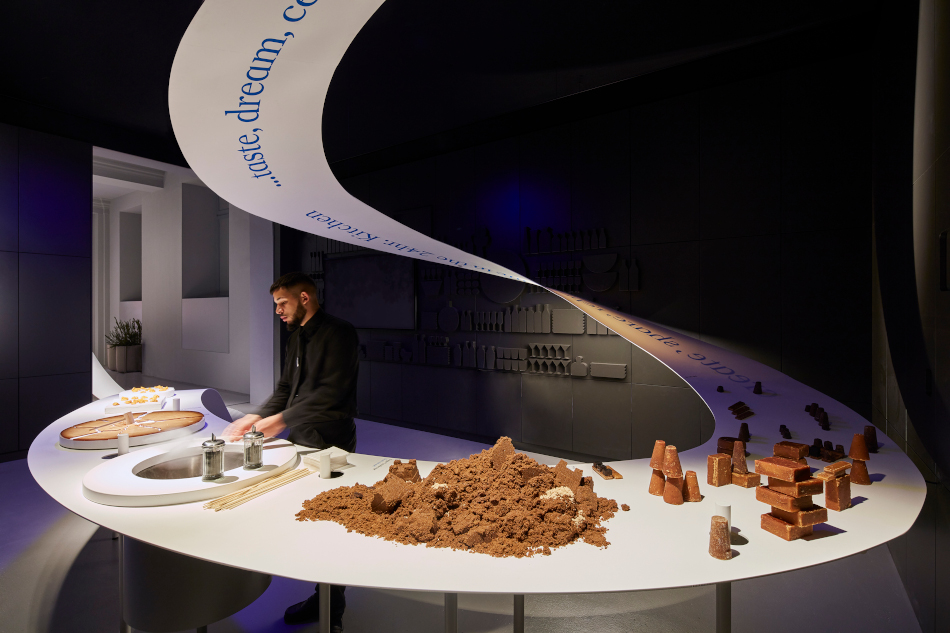 The designers and fabricators were convinced that Corian® was the only material that would facilitate the thinness desired, a consistent beautiful finish, structural stability, and meet the required quick project turnaround. The designers felt like they stretched many of the structural limits of the material to convince themselves of its potential use in future projects. 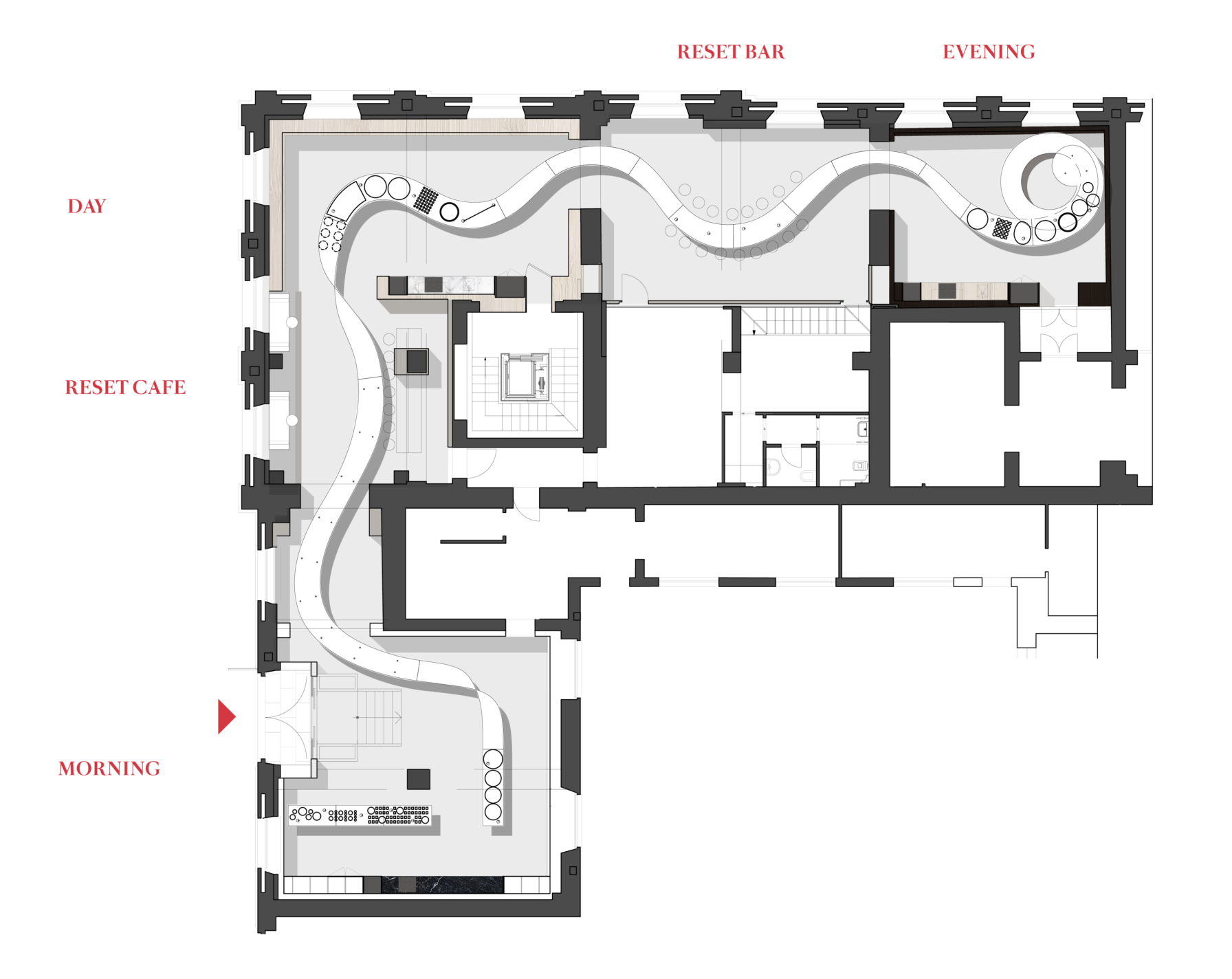