When an award winning interiors professional creates a bathroom for a client who’s design-savvy, the results are guaranteed to be spectacular.  Chenchow Little Architects was asked to create something ‘beyond the norm’ when renovating a waterfront apartment in Darling Point, Sydney. The homeowners were seeking a design with a degree of formality, embedded with a sense of surprise.  Chenchow Little Architects took inspiration from existing architectural features inside and outside the 1970’s apartment block. The faceting geometry that featured on the exterior was integrated throughout the design, along with the selected custom colours (Corian® Beach Glass and Corian® Tea Rose) being inspired by the colour palette used in a mural by artist Esther Stewart that is installed in the entrance of the apartment. The colours help to create a distinct identity for each bathroom and the apartment. 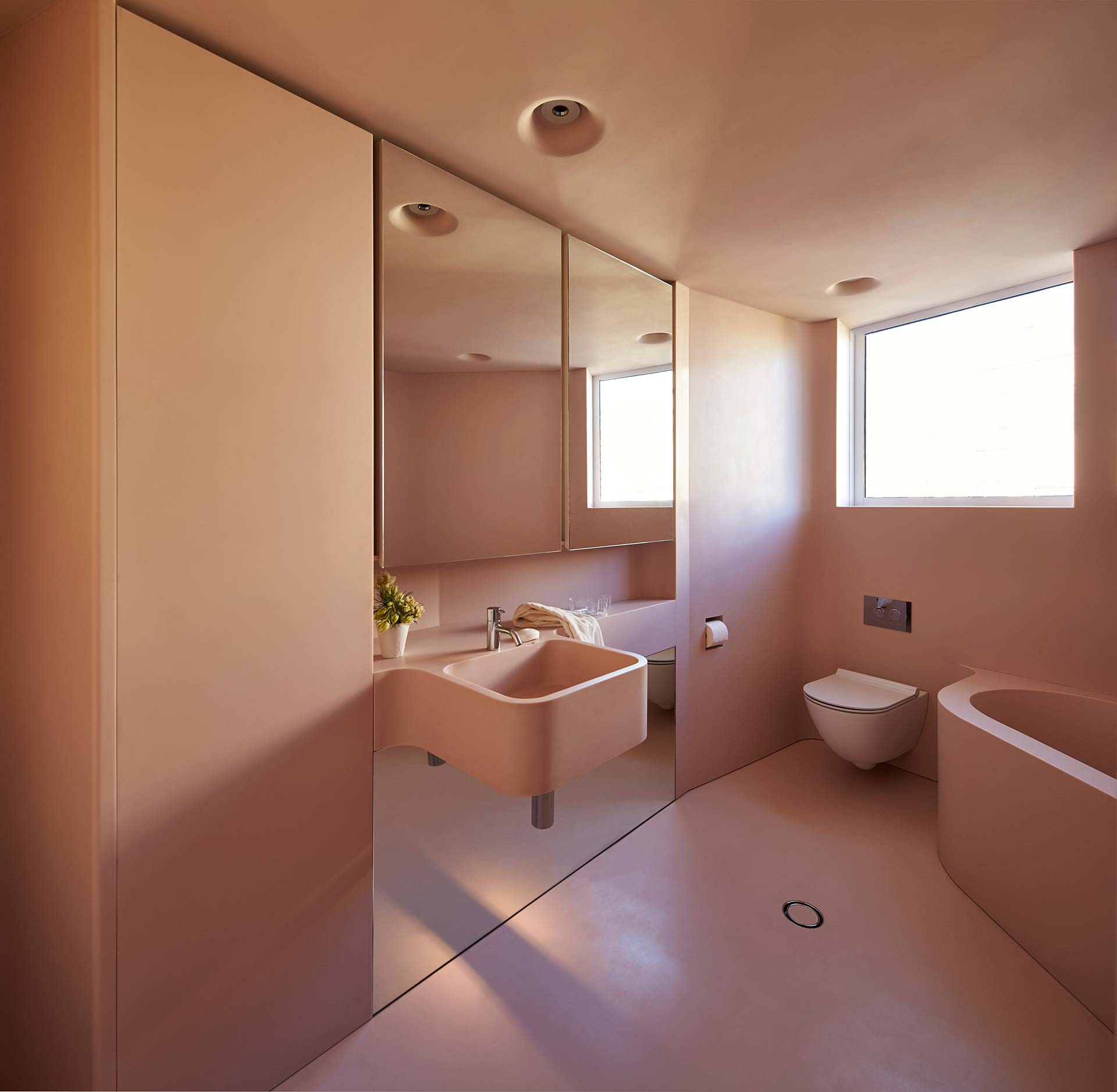 To bring the design to life, Corian® was used extensively throughout the two bathrooms and kitchen, including being used for the floors and walls in the bathrooms and en suite as well as the shower and bath. Offering unlimited design possibilities and seamless, non-porous qualities, Corian® was able to be custom designed into the free-flowing curves of the walls, floors, benchtops, bath and basins. Providing a seamless finish, as well a contemporary look and freshness, the colour palette helped create a distinct identity in each room. 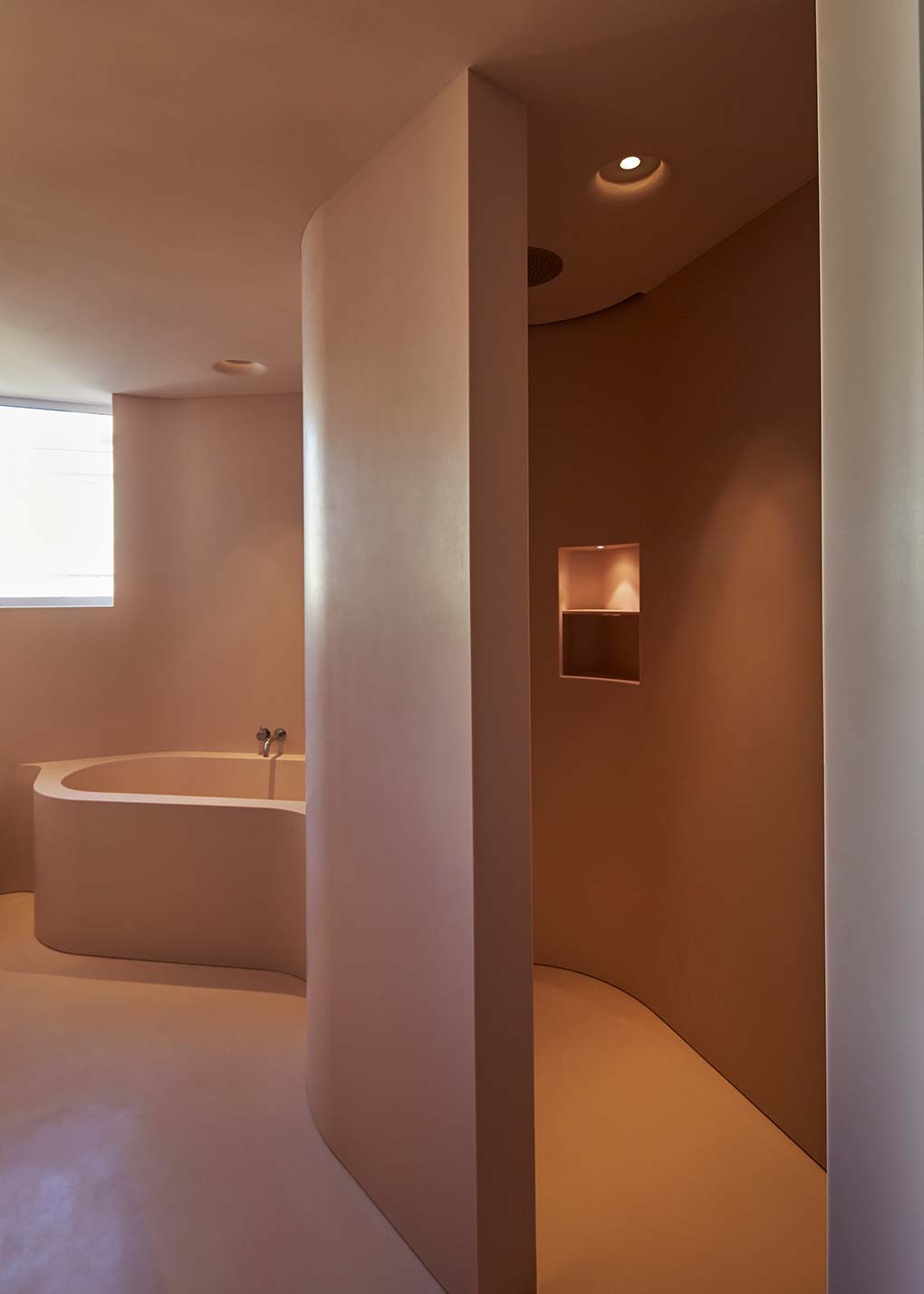 Corian® can be thermoformed to create various, limitless design possibilities which enabled Chenchow Little Architects to offer bespoke designs to fit perfectly with the rest of the apartment. Keen to deliver a space ‘beyond the norm’, designers also created mirror panels on the walls framing a Corian®  seamless basin. As well as making the room brighter, they break up the blocks of Corian® and help to conceal the pipework which adds further ambience without dominating the overall aesthetic. 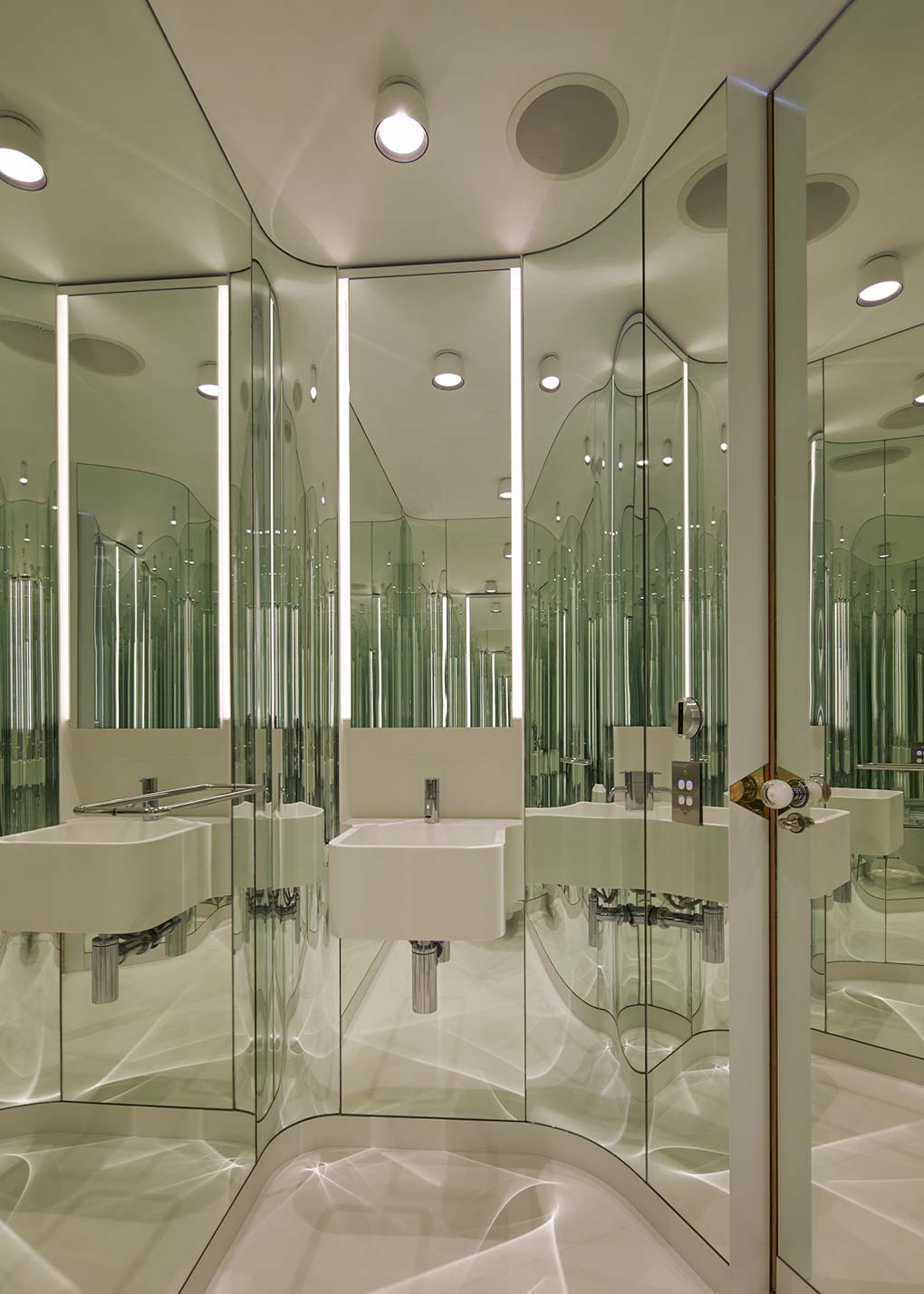 The client had a strong dislike of exposed joins and grout lines, so the main task was finding a sleek, modern material that was versatile enough to deal with these considerable design challenges. And in order to disguise the plumbing, the choice of material was clear – acrylic composite, Corian®.  Not only can it be thermoformed into all the shapes required, it would also create a hygienic, seamless finish, so there would be nowhere for dirt to gather. 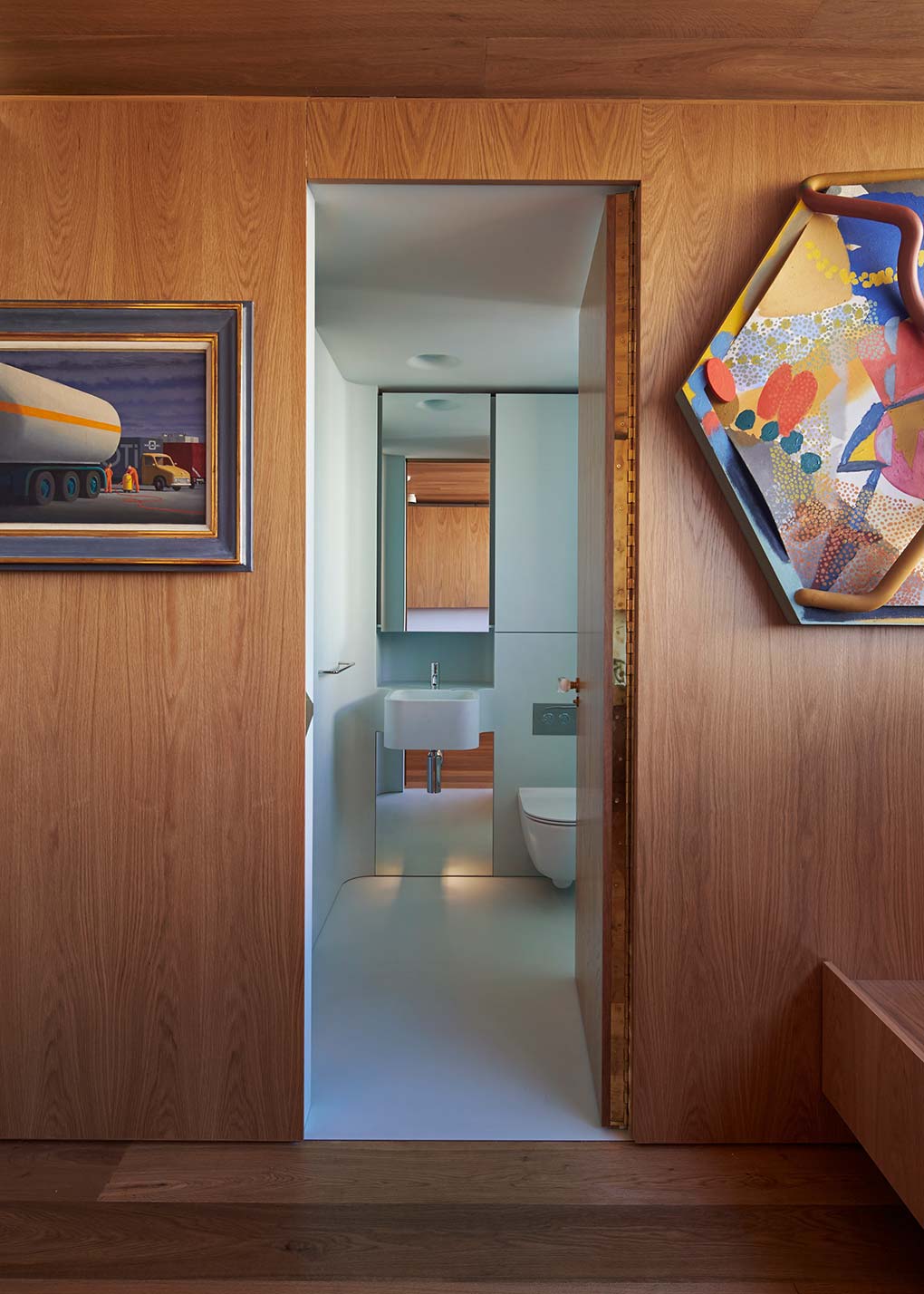 Minimal and Functional
Corian® allowed designers to  make a space that, while very functional and minimal, would also still be beautiful, but in a subtle way. Corian®  was perfect for creating that wow factor. To achieve the look, the walls were clad entirely in Corian® and integrated to the bath and basin area, so that no pipework boxing is visible. All of the surfaces were clad in Corian®, including the curved shower wall, shower floor and shower ceiling.