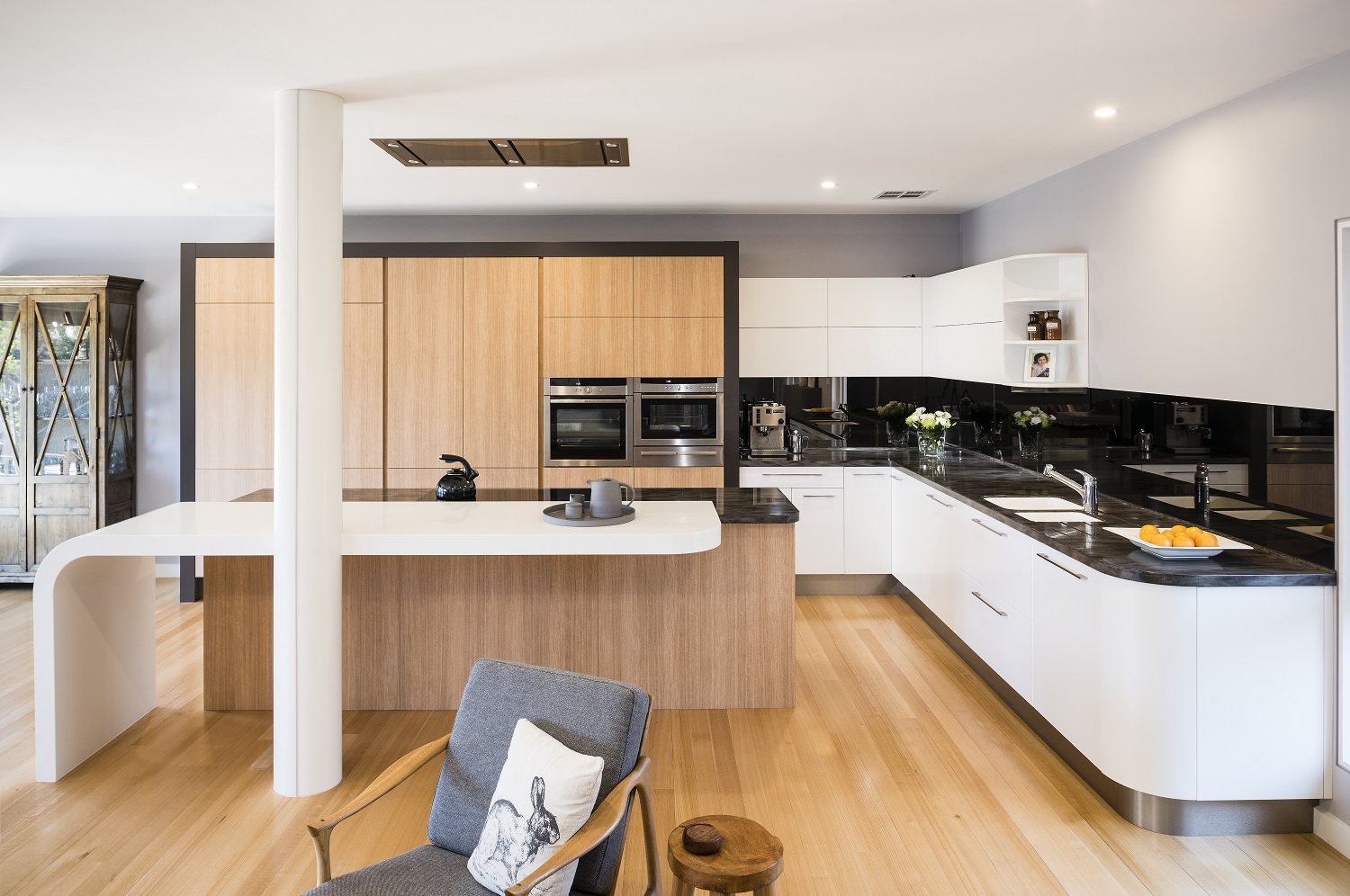 The design world is beginning to move away from Minimalism and the very rectilinear forms we have become used to over the last 20 years. Instead we are seeing a more organic approach to design, which Rex Hirst from Let’s Talk Kitchens wanted to reflect in this design. Simply of all the stone types in the world, solid surface is the only one that can easily be shaped other than in straight line, angular forms. Corian® was an easy choice as the client was keen on a “veined” look and Corian® Sorrel was a perfect choice. To soften the balance of the working surfaces with a lighter colour, Glacier White was used for the radiused bar top letting it fold softly down to meet the floor – Again Corian® achieved this soft rounded feel which no other type of stone could. 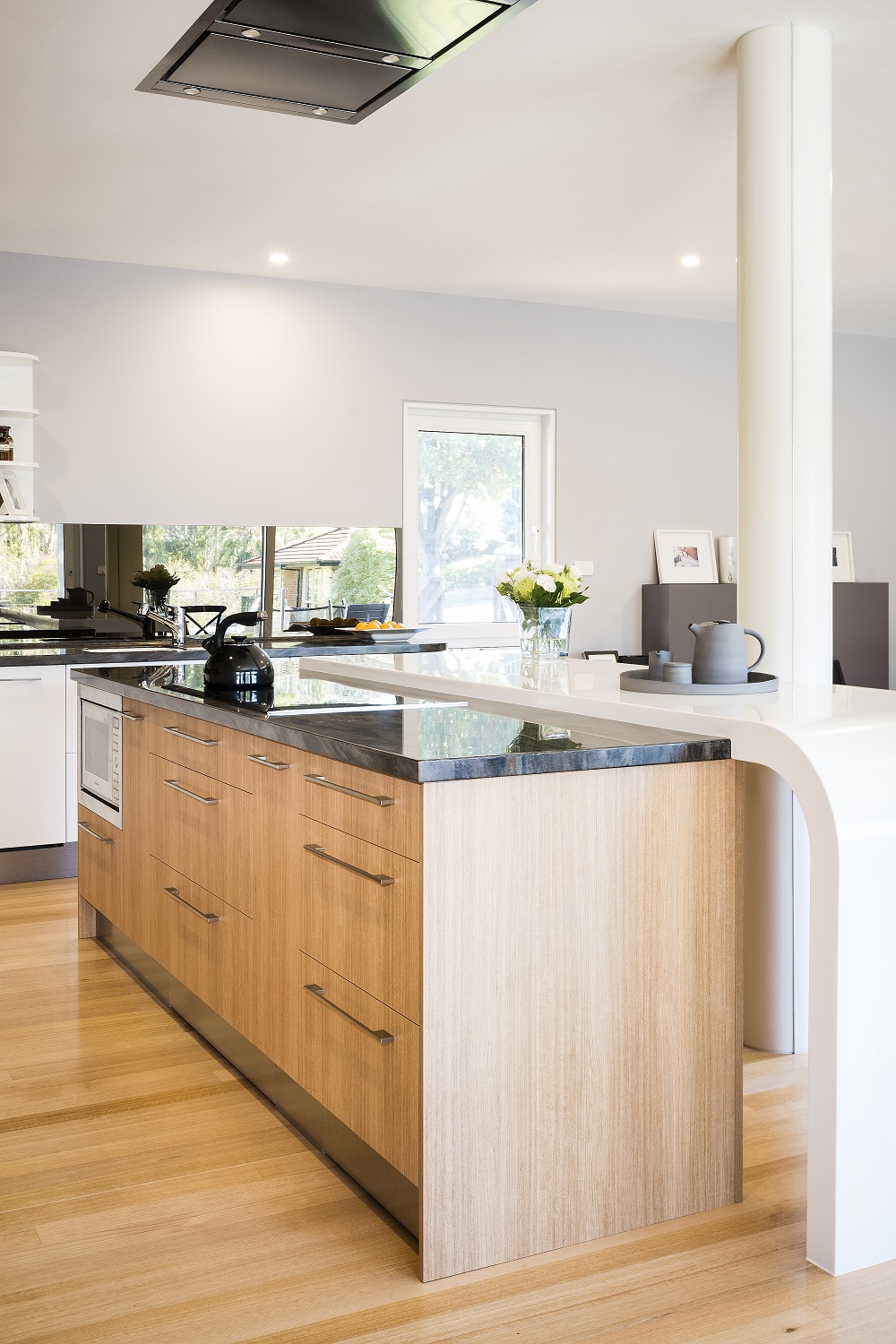 This design also includes a 10mm tile cove, which is a standard kitchen design element used as a mechanism for protecting the tile grout and/or the silicon that’s used to seal the glass splashback from spillage. “Everyone knows how awful mouldy or crumbled grout looks and a tile cove totally eradicates this problem.” says Rex.

The biggest challenge faced, was a structural column which could not be moved. How to hide it? How to have it be there,………. but not!! Rex decided that if he couldn’t get rid of it, it should be made a feature.  “As the space was trying to reflect the organic trend, we thought it might be great to make a circular column to connect with the radiused door and benchtops that created rather than simply clad a square column in a square material.” adds Rex. 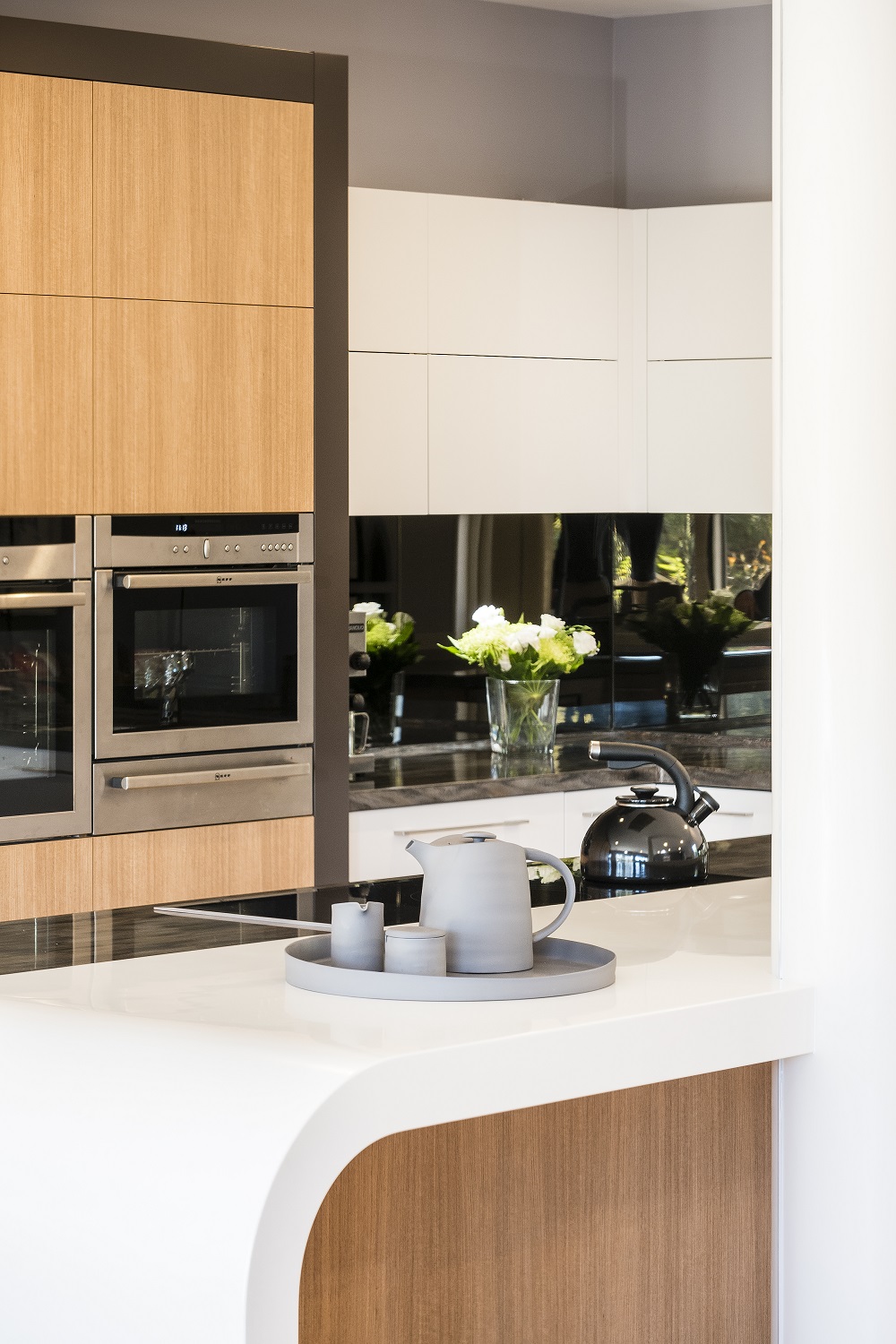 This sounded like a simple and great idea. However in practice it became a 3 month research monster and delayed the completion of the project. The difficulties in thermoforming and joining 2 semi circles of Corian® into a round circle, were a nightmare. Our Corian® fabricator ACRT Fab in Melbourne tried everything possible to make it happen, but all to no avail. Every time the half circles were removed from the mould, the edges would flare out. It seemed it couldn’t be done.

Rex was determined to find a way. making use of design blogs in the US, over the course of a couple of months and loads of useless suggestions, the team got lucky with a guy in the US, that had found a solution. He said forget the two 180° hemispheres and do 3 x 120° segments and use a small aluminium “U” channel at the joints. We didn’t like that look, but found that a fine 3mm Aluminium fin at each intersection as a design element disguised the joins, looked very elegant and were very stable. We then used LED striplight behind the now Glacier Ice clad circular column to give a very soft backlit effect in the room as an accent of an evening. 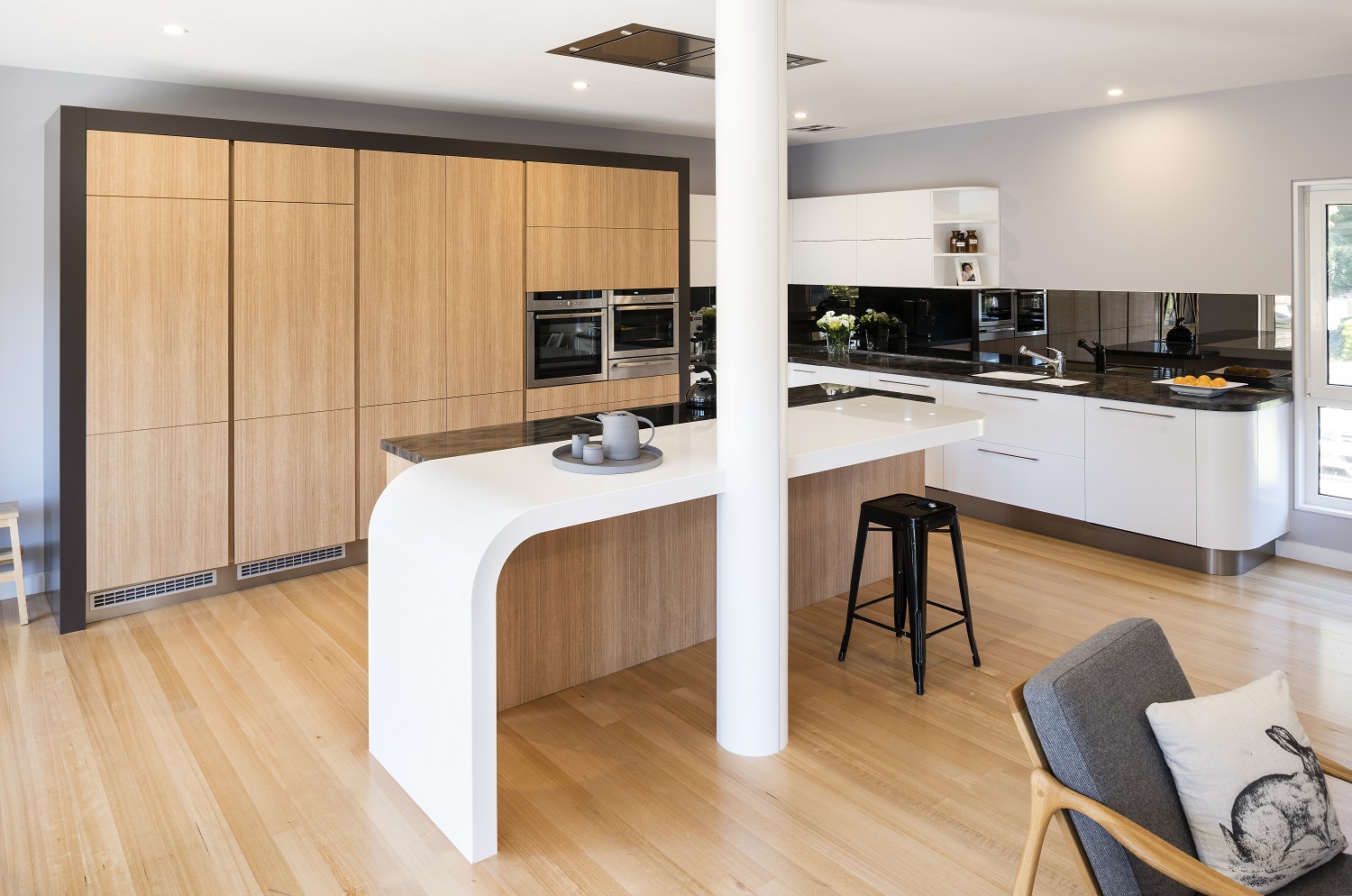