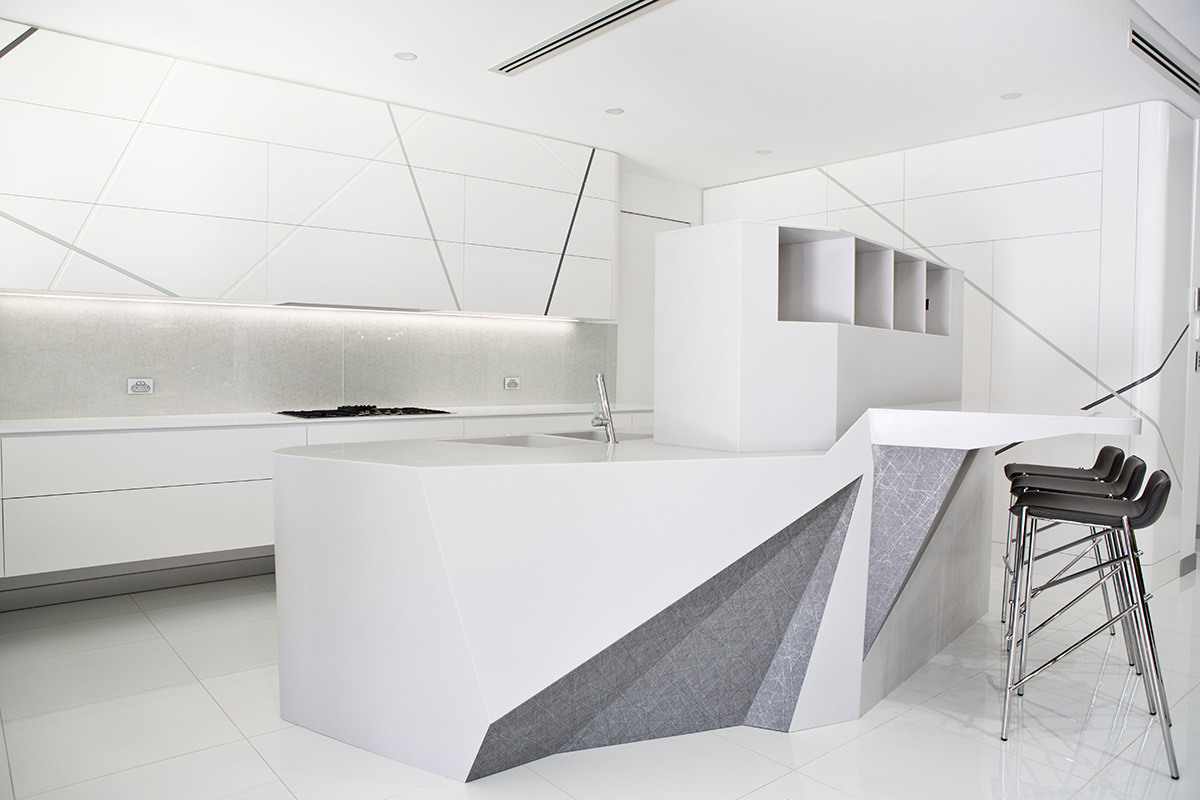 The brief for this project was to create a high end ultra modern kitchen with a sculptural element to it, having the Island bench as the centre piece. 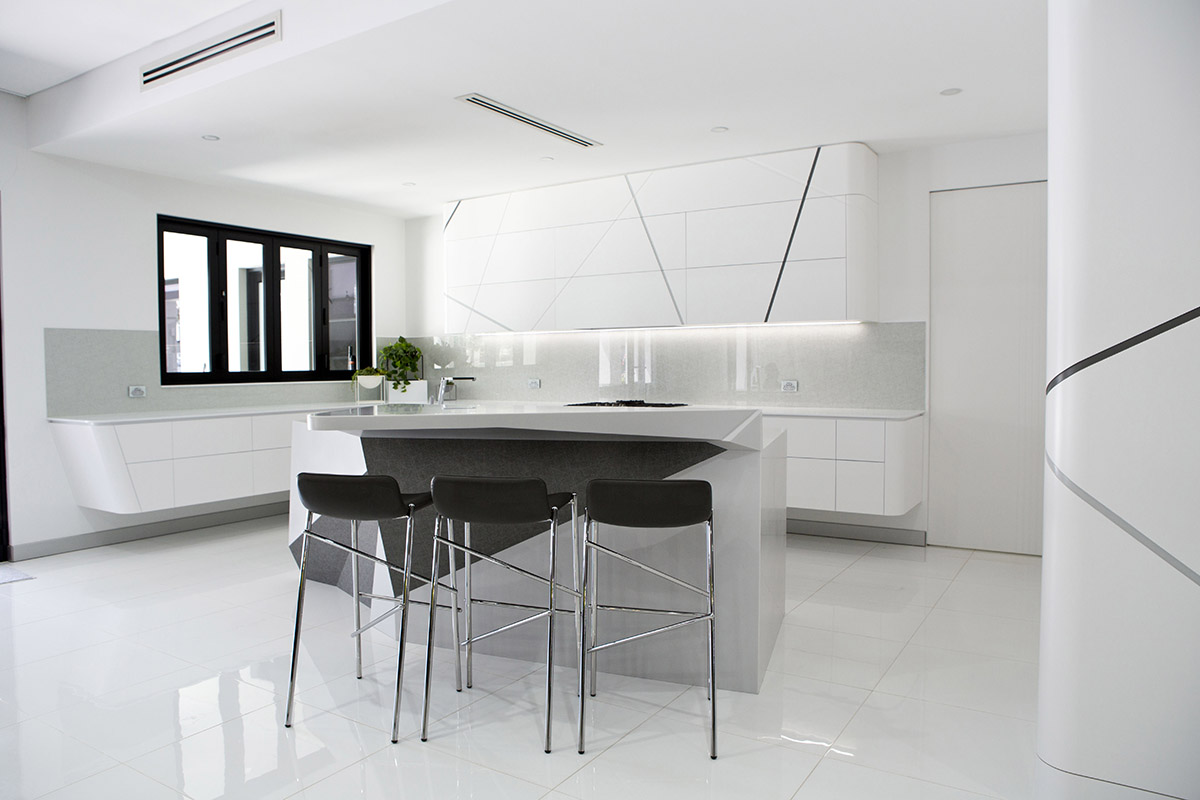 This kitchen was to be a piece of art and make onlookers question whether it was for function or purely form, but don’t be fooled this kitchen is for the ultimate entertainer, so when selecting the product for application to create the desired look it was no question that Corian® would be the product to execute the job with. Corian® was decided before the design was even conceived.

With electric touch doors and a lift mechanism in the centre of our island bench to contain all useful cooking contraptions this design is the perfect balance of form and function. Corian® was used on all bench tops and with the entire island including cabinet doors and sink formed out of Corian® it leaves a seamless sculptural centre piece in the middle of this artisan marvel. 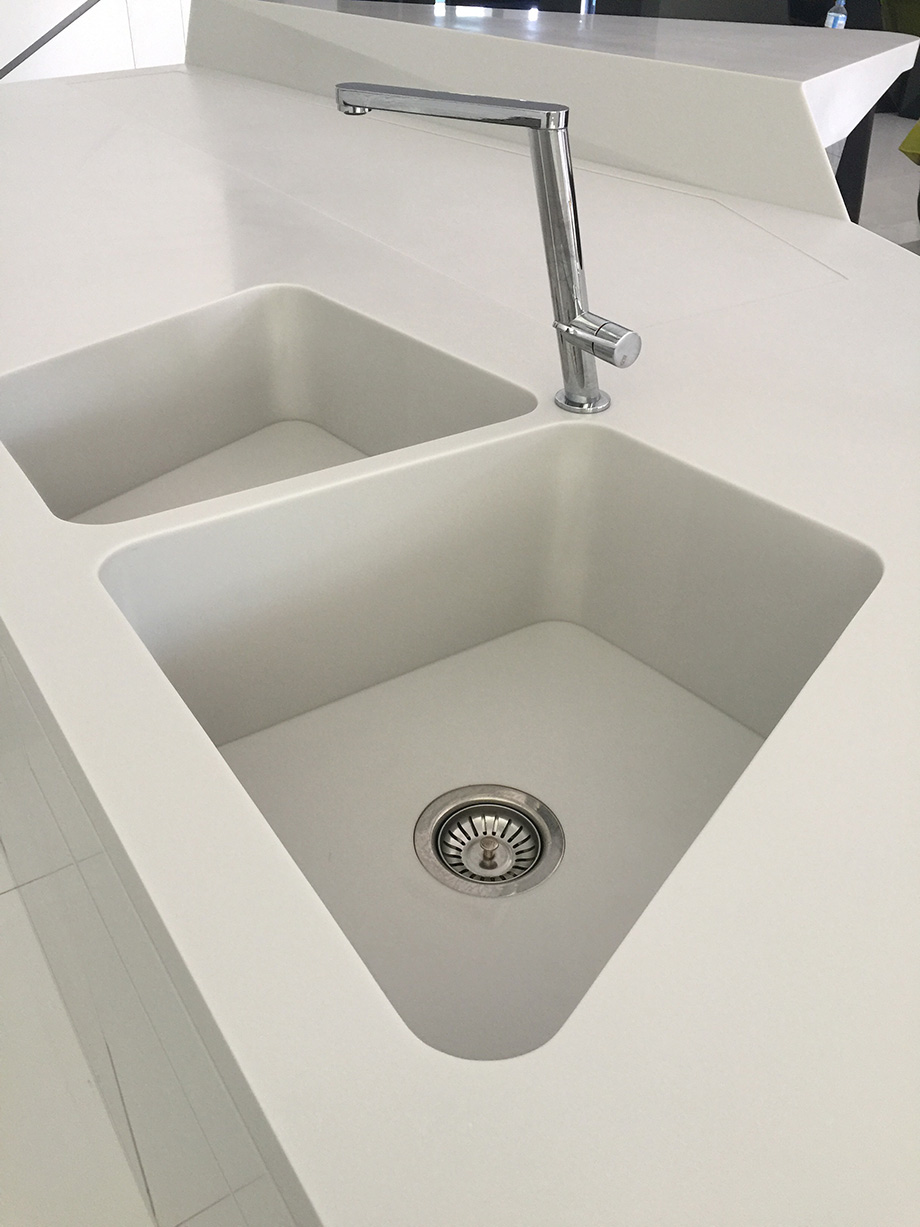 When designing this piece it was created not so much with mathematical precision but with artistic license meaning the joiner was also left to master his trade somewhat and provided a 3D walk through to assist in the understanding of the way the island bench was to be constructed. He was quoted saying “a lot of the time designs might have unusual angles or a curve here and their but this design had it all making it one of the hardest to construct.” 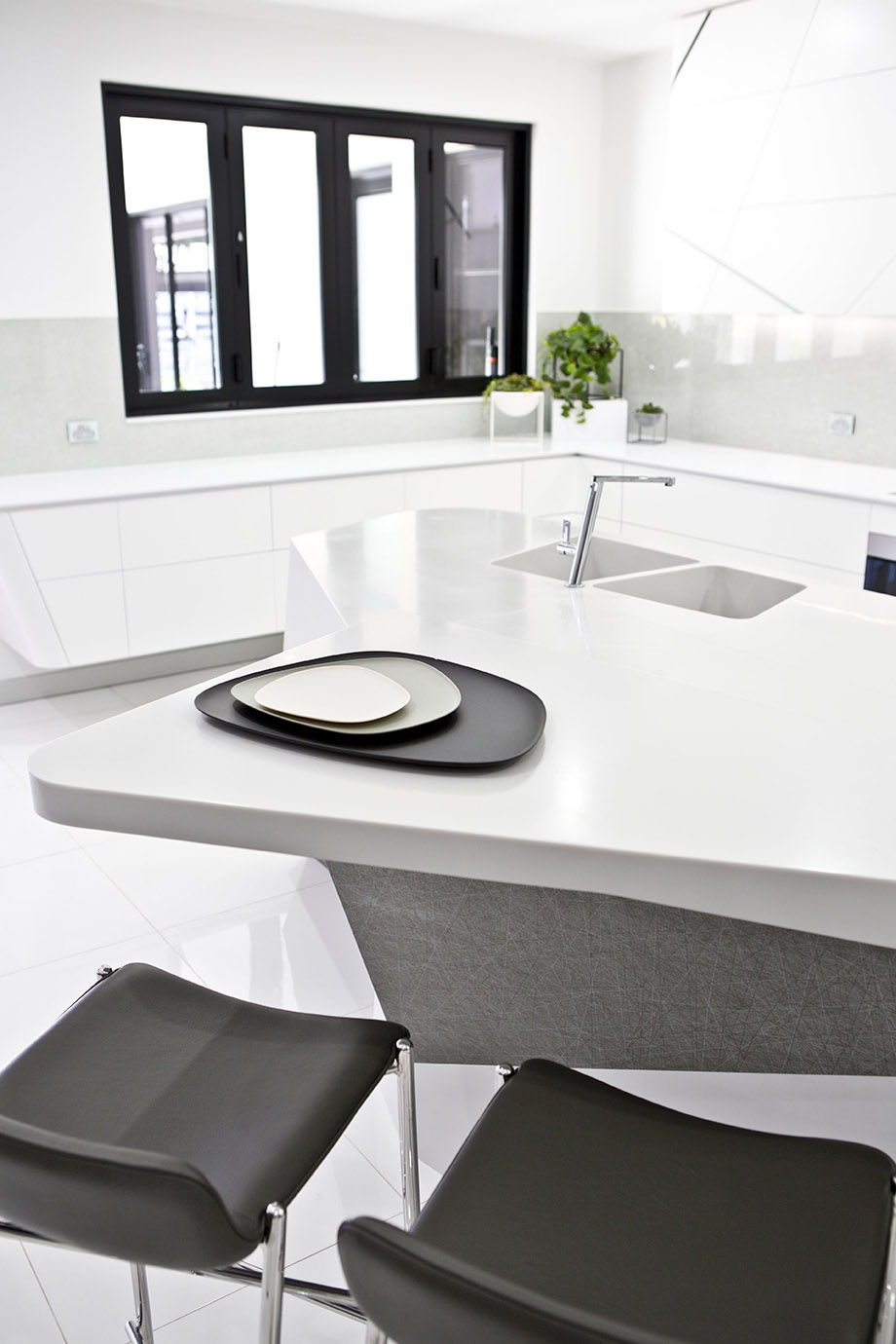 The Corian® worked exactly how it was supposed to creating a sculptural seamless piece of art. 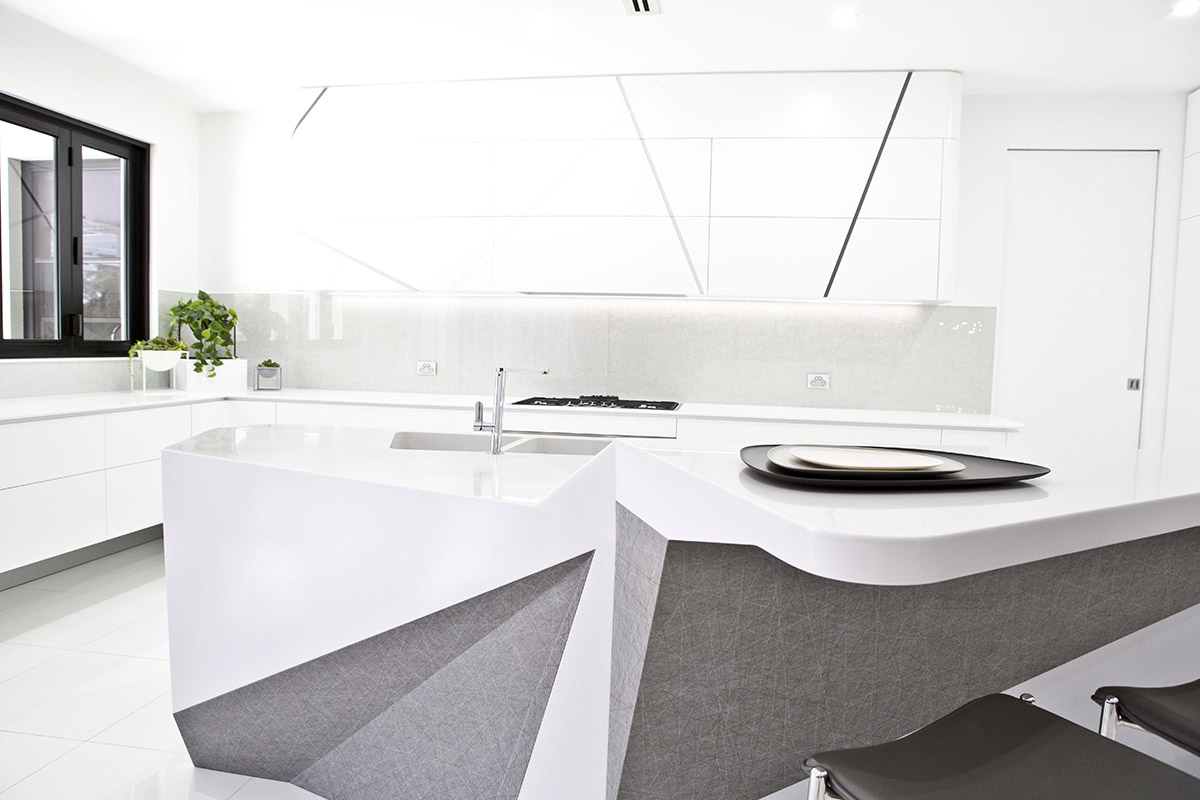 The Corian® allowed there to be no limits on design, it allowed angles, curves and no joins right down to the sink being melded into place. It will also allow a sustainable kitchen that will last as long as the foundations of the home.