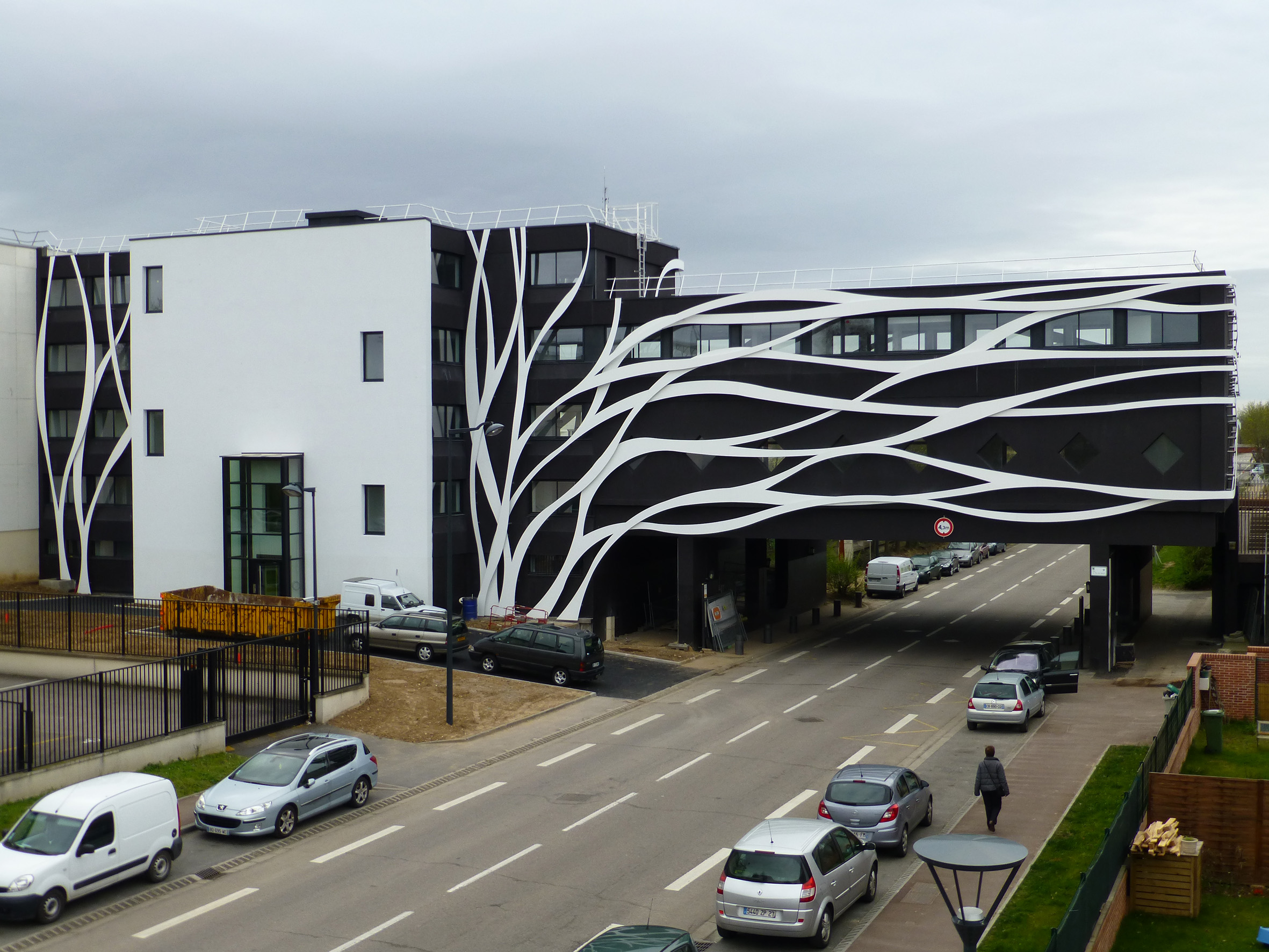 The “4 soleils” building (Les 4 soleils – 14 rue du Pas des Heures, 27100 Val-de-Reuil) is an iconic location in Val-de-Reuil, the youngest town in France. For its renewal, Val-de-Reuil’s city hall needed an original and innovative facade – both from an aesthetical and a technical point of view. The use of DuPont™ Corian® high tech surface, an iconic material in interior design and architecture, is not only a nod to the importance of this project in Val-de-Reuil, but also a great technological achievement.

The city hall is actually a bridge building, crossing over a road, so the continuity between the lower ground level and the bridge level had to reflect the architectural and urban renewal that typifies Val-de-Reuil. The city, by virtue of its history, has a centre characterized by a distinctive form of urbanism, known as “urbanism on slab”. 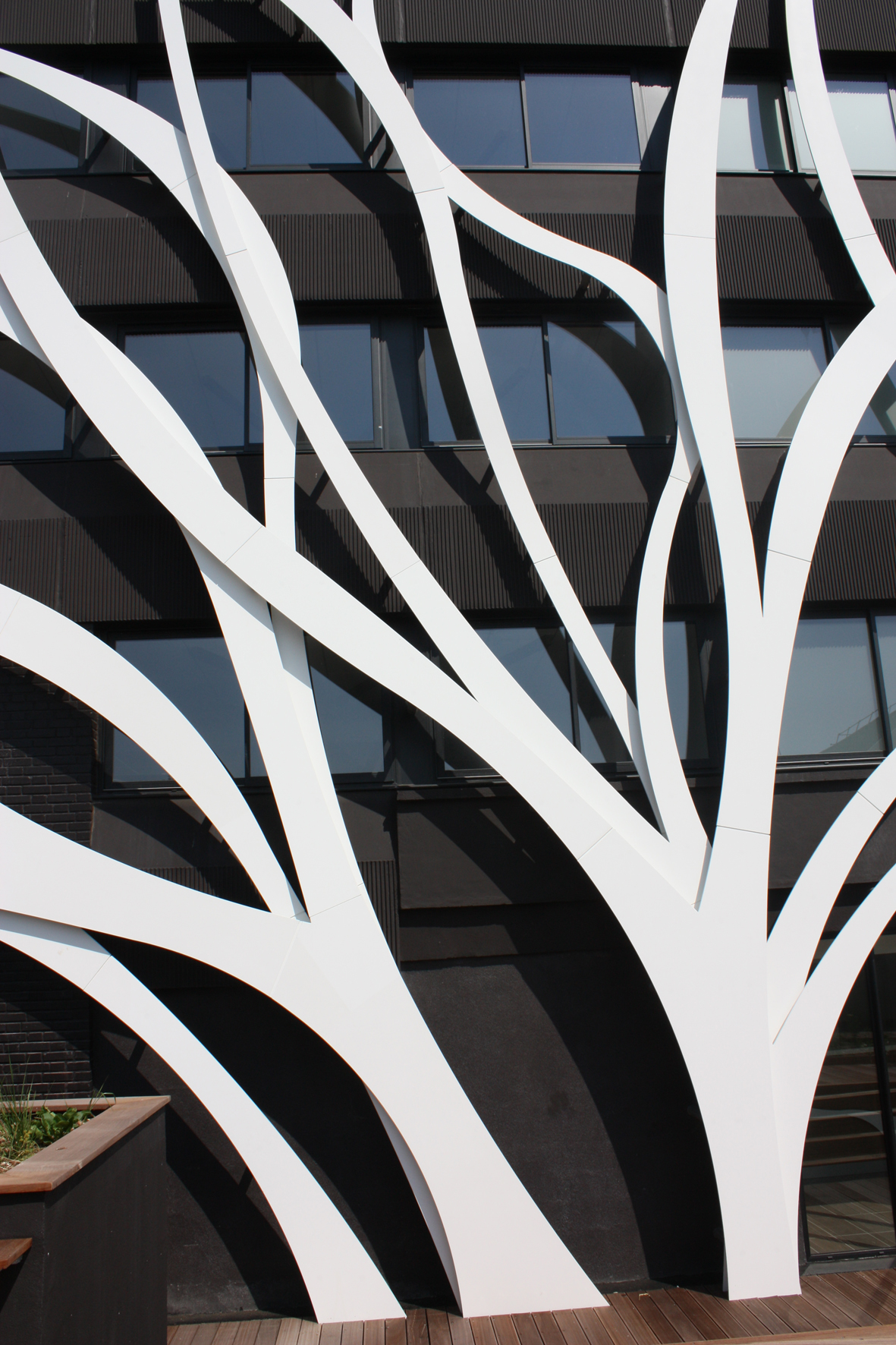 Although it is disused, there was no intention of destroying the building. Fabrice Barbe, Services General Director of the city hall, explains: “This building is a geographical landmark of the town and it is located in a district which, until now, was exclusively made up of social housing. We wanted a meaningful project both in terms of form and substance. We chose to transform the building into an office centre to galvanize the district. Architects Bernard Malecamp and Nicolas Mevel proposed the principle of an “arbor” in DuPont™ Corian®, to complement the town’s architectural style: innovative and renewed.” 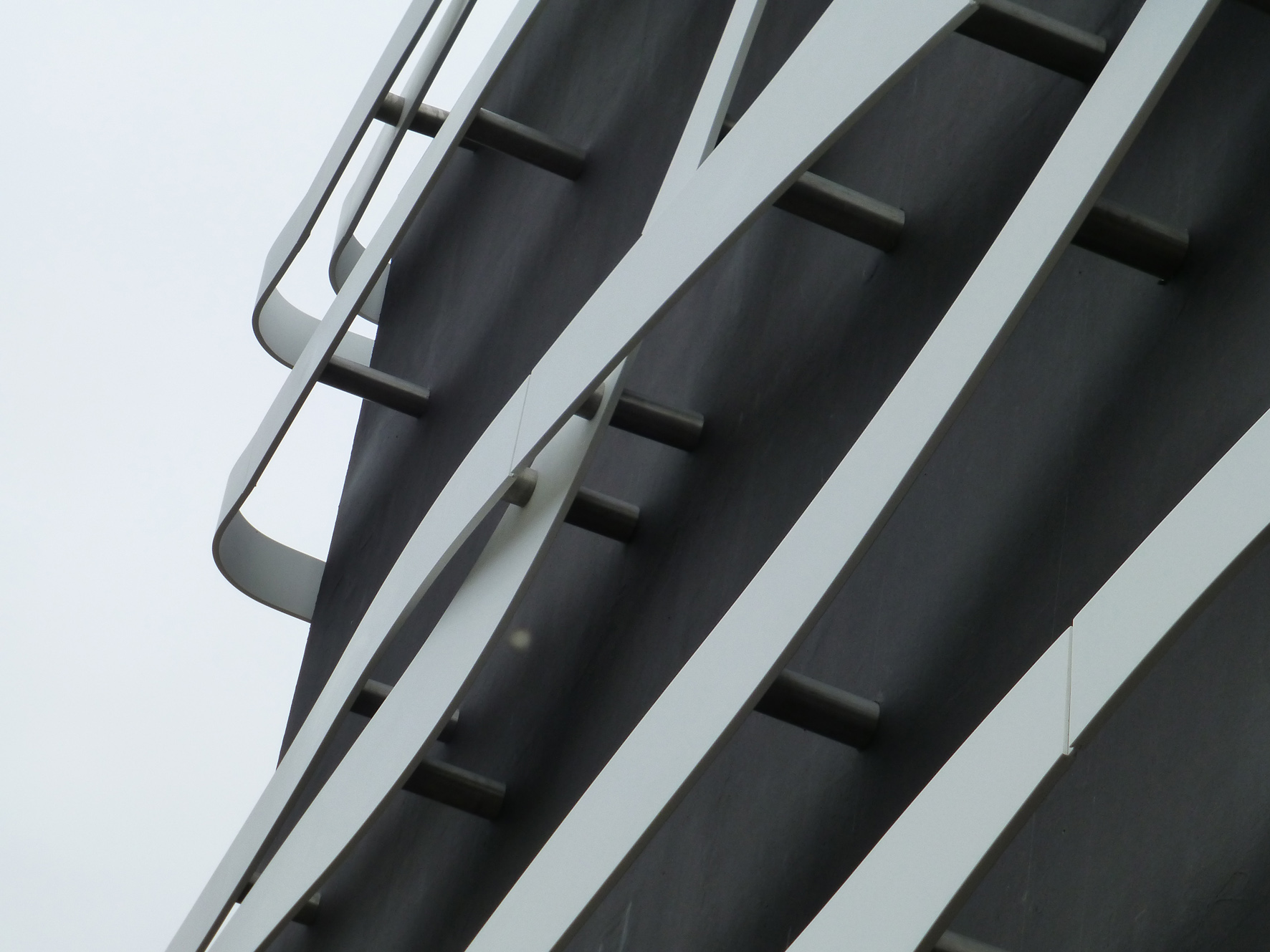 Créa Diffusion company, a qualified and highly experienced member of the Corian® Quality Network – which has been behind many innovative projects in DuPont™ Corian®, succeeded in exploiting at best the potential of the material once again, adopting special fabrication and installation techniques. The solutions adopted for this specific project received a SOCOTEC certification.

Requiring 250 panels (each 19 mm thick) the construction is a fine example of originality and technical innovation, which has led to it being honoured by François Hollande in January 2013.

The general contracting works were undertaken by the QUILLE Construction company (Bouygues construction).

Some elements of the ‘arbor’ in DuPont™ Corian® have also been used in the interior design (for reception desks and wall panels). 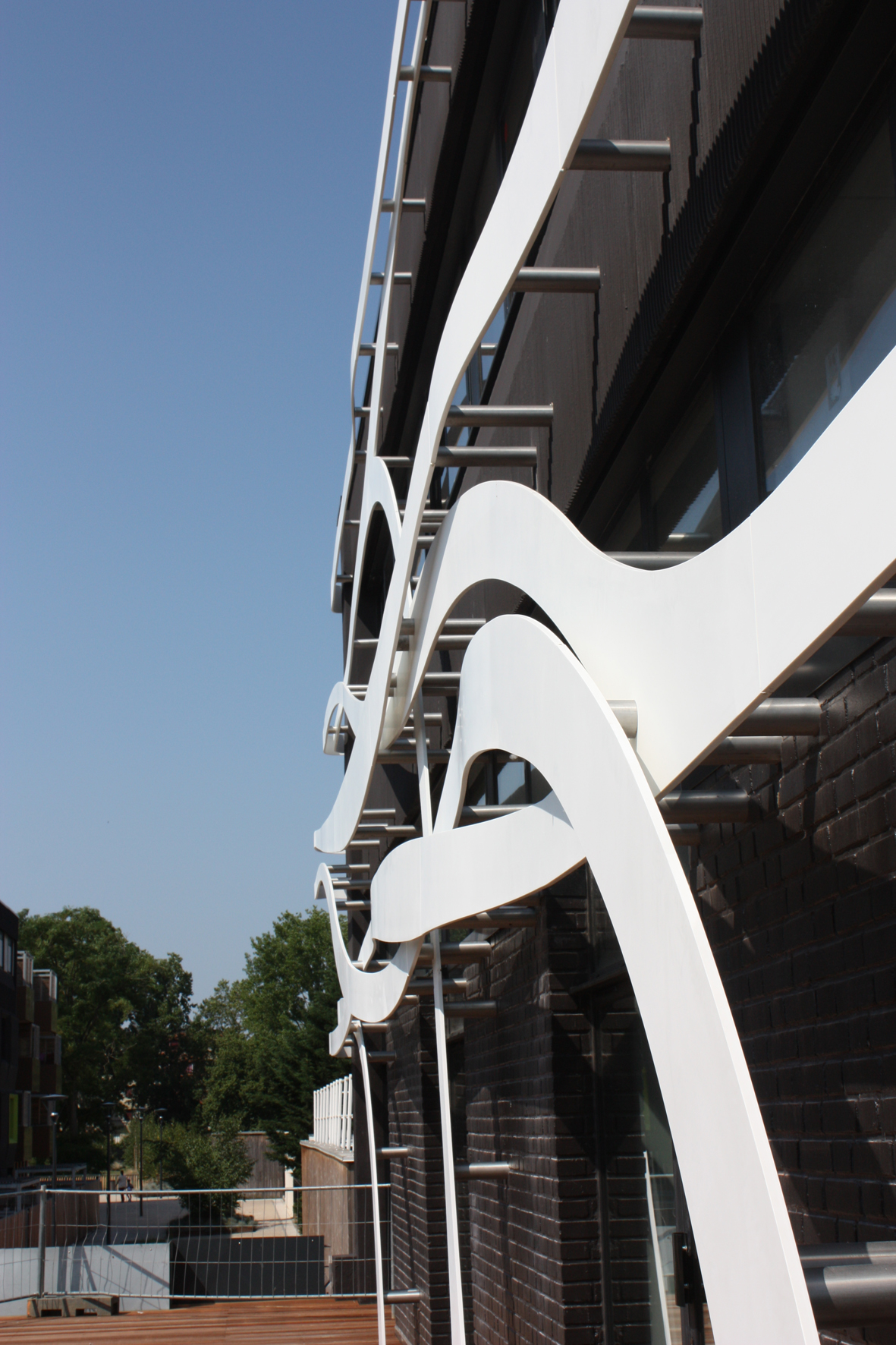 The benefits of DuPont™ Corian® for External Cladding
Offering superior aesthetics combined with extraordinary design flexibility, durability and reliability, DuPont™ Corian® External Cladding (EC) is a smart choice for panelized façade systems. Solid, homogenous and coloured all the way through, DuPont™ Corian® EC consists of custom-made panels which can be used to create large, sleek vertical surfaces with inconspicuous seams. It is also possible to create an inspiring range of decorative options, from 3D-textured effects and CNC pattern cutting, to curves, inlays and dramatic lighting effects.

Through a combination of innovative design and technological advances, over 70 buildings around the globe have been able to exploit the considerable benefits of panelized wall systems with DuPont™ Corian®. These range from façades for public buildings to private villas, and from commercial institutions to hospitality and healthcare environments – each unique in its presentation and purpose. Several installations have been in place for 10 years or more. Thanks to its longevity, resistance to abuse from graffiti, and renewability, DuPont™ Corian® defies the test of time, both creating and preserving a building’s outer beauty.

Val-de-Reuil : Known as the youngest town in France, Val-de-Reuil was created in 1967 (like Corian® itself) under a State decree. Located at the point where the Seine, the Eure and the Andelle meet, Val-de-Reuil was originally designed to receive 140,000 people. The largest of the Renault plants planned to settle there but the oil crises of 1973 and 1979 (the latter in particular) brought an immediate end to its development. Today 15,000 people live in Val-de-Reuil, most of whom are very young (more than 70% are aged under 25) and the town is made up of 90% social housing. Since 2001, the city council has undertaken a huge urban renewal project, demonstrating its commitment to giving Val-de-Reuil a second chance.