Toronto Western Hospital is home to the recently completed Krembil Discovery Tower (KDT). The final component of the Tower is the BMO Education Centre completed with architects Tillmann Ruth Robinson, 5,000 square feet of formal conference, education and fundraising spaces as well as the in between informal gathering places that are an essential part of the “always on” learning culture at UHN.

Dupont™ Corian® was the natural choice to communicate the new energy at UHN through a framework of simple, bold forms suggesting movement and forward-looking results. 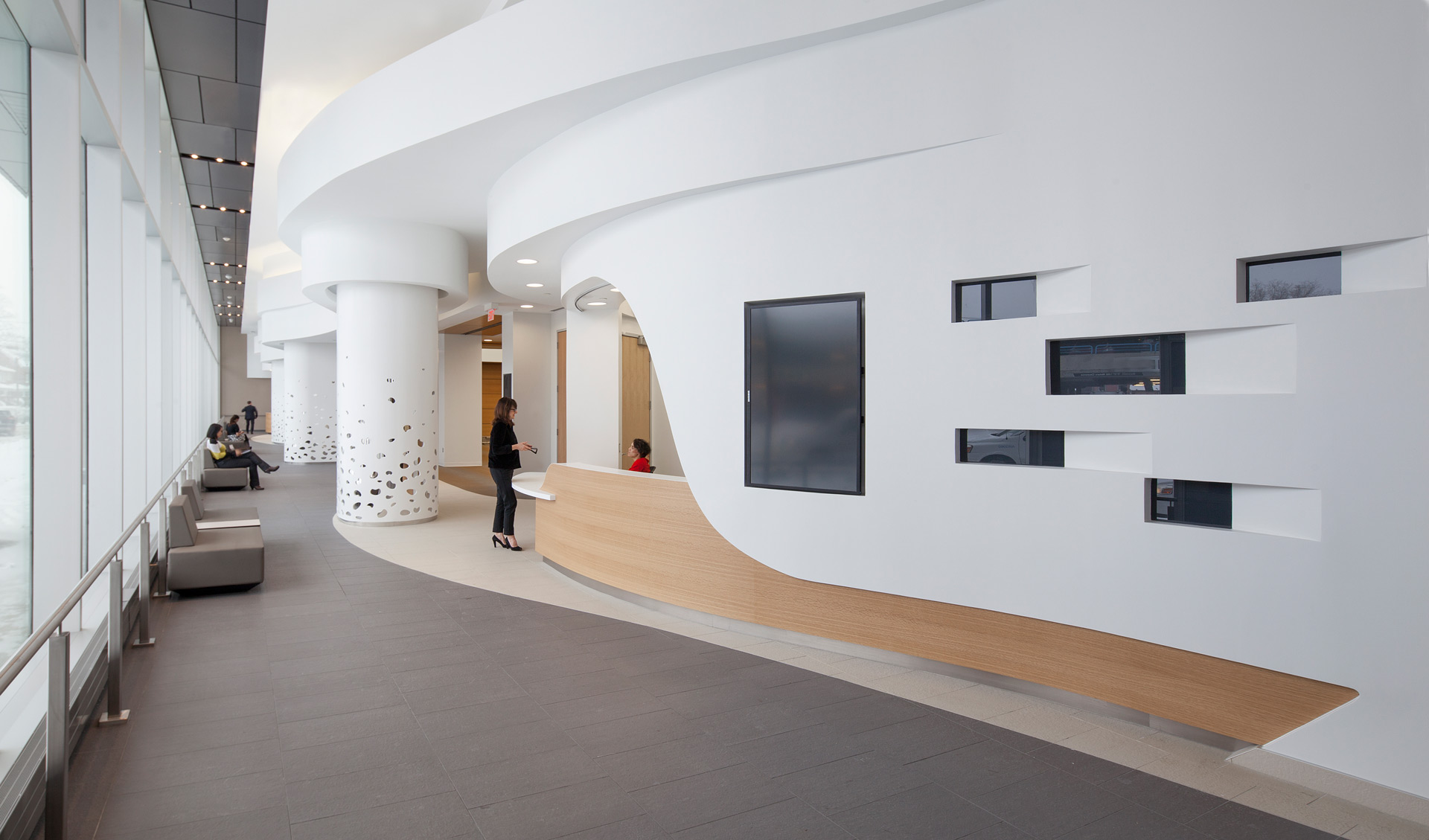 Located at the intersection of major routes through the hospital, the Education Centre is a series of elegant, and playful elements that animate and direct the movement of patients, staff and researchers, with those having the Centre as a destination. 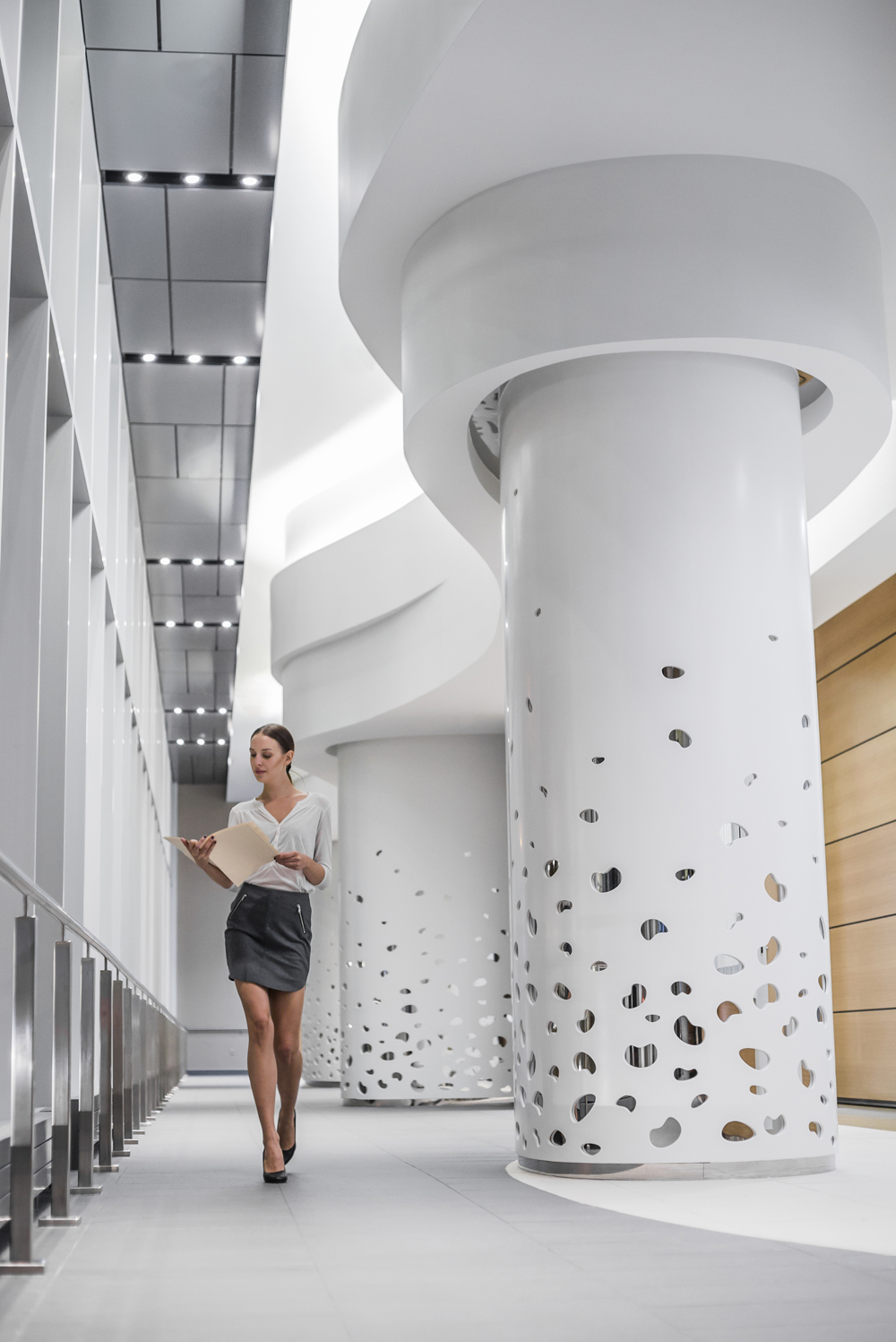 Working with fabricators, two dimensional sheets of Corian® were transformed into curved, seamless shapes to create dynamic column covers that subtly signal the direction of hospital traffic. Using a process of rapid prototyping, forms were developed that give a lightness to the building structure, which is further reinforced by random openings towards the column bases. Each opening reveals a stainless steel panel that reflects the movement of those nearby. 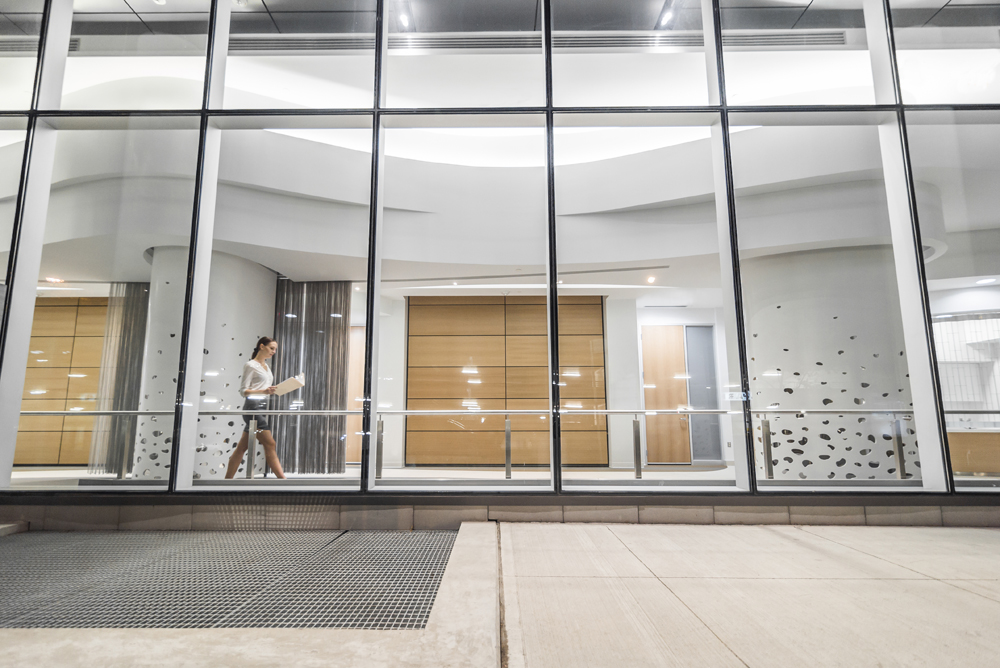 Other high-touch, sinuous forms that are crafted with Corian® such as the reception desk, integrate functional components with the play of columns and ceiling bulkheads to complete an exceptional sequence of spaces. The result is organic in nature; a distinct departure from the rectilinear spaces used by research groups and accessed by patients. 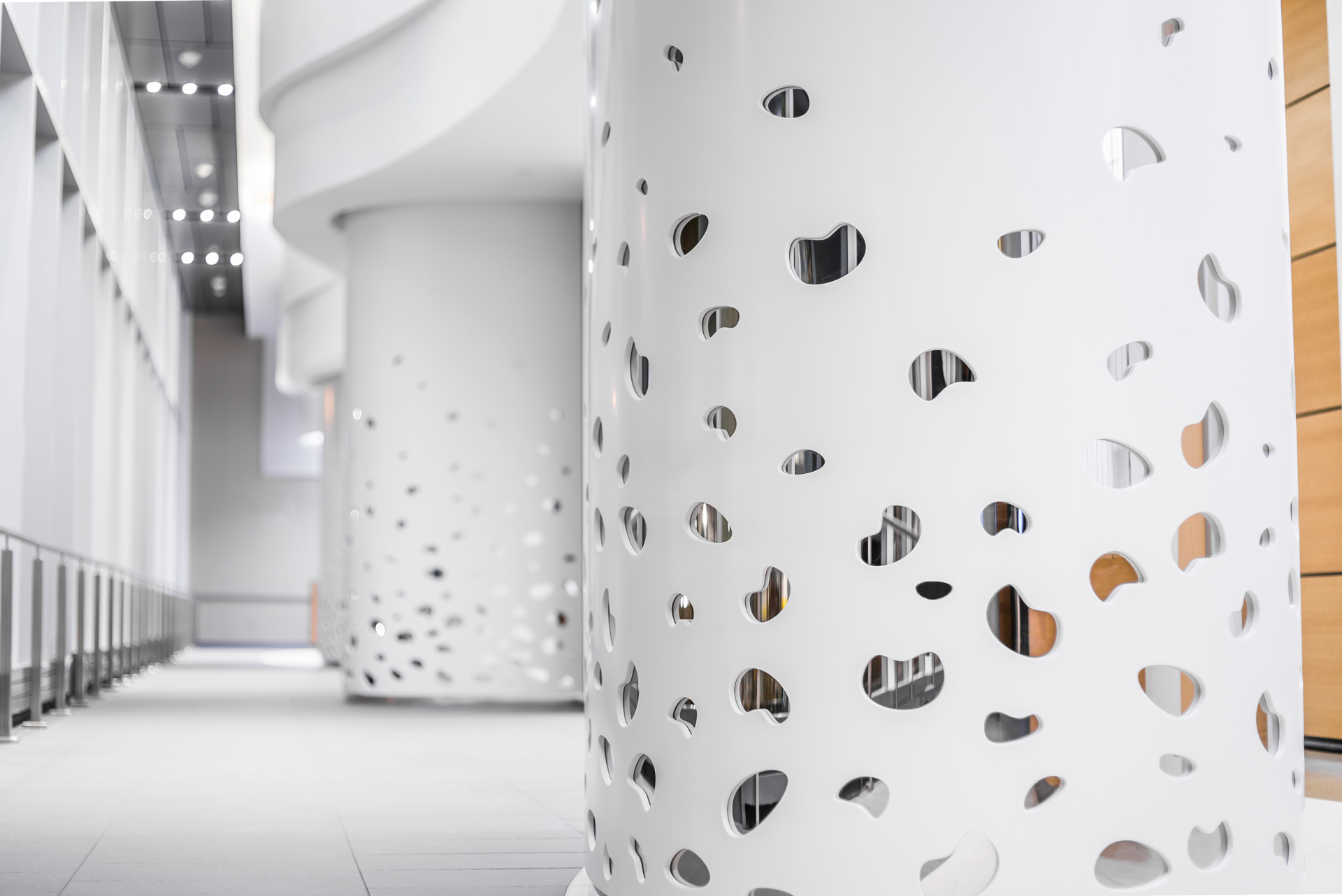