Comuna Cantina is a Latin fusion bar & restaurant and its design was inspired by the Mexican desert & architecture. 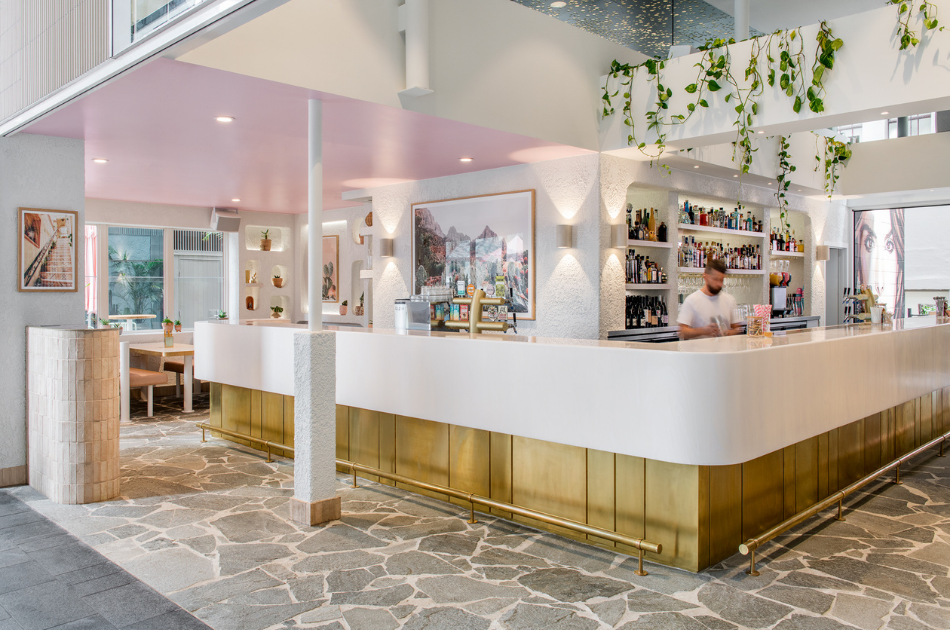 One of the requests from the Client was that the bar was to have an illuminated counter. The choice to use Corian® for this project was determined by its malleability to create curved shapes, as well as providing a perfect diffuser for illumination. Corian® White Onyx was chosen because of its translucent properties. In addition, the wave pattern is reminiscent of sand waves in the desert. 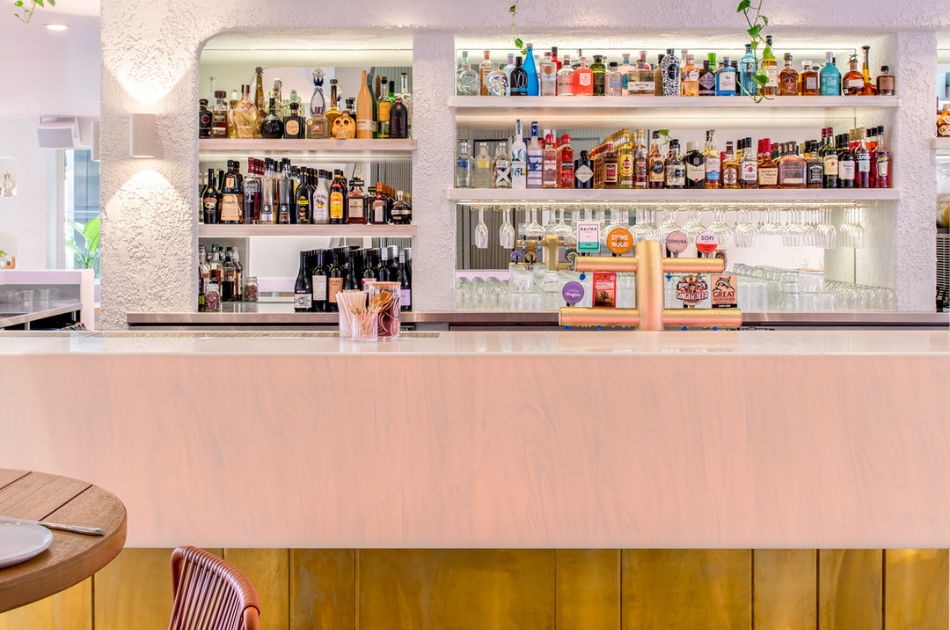 The handmade niches for this space were created to bring to life the organic nature of the most unique features from the Mexican/Spanish architecture. The white rendered walls, cactus, and terracotta details compliment the relationship to Mexican desert living. The illuminated counter can transition through hundreds of different colours, bringing out a sense of fun and drama for this space, and is definitely the icing on the cake. 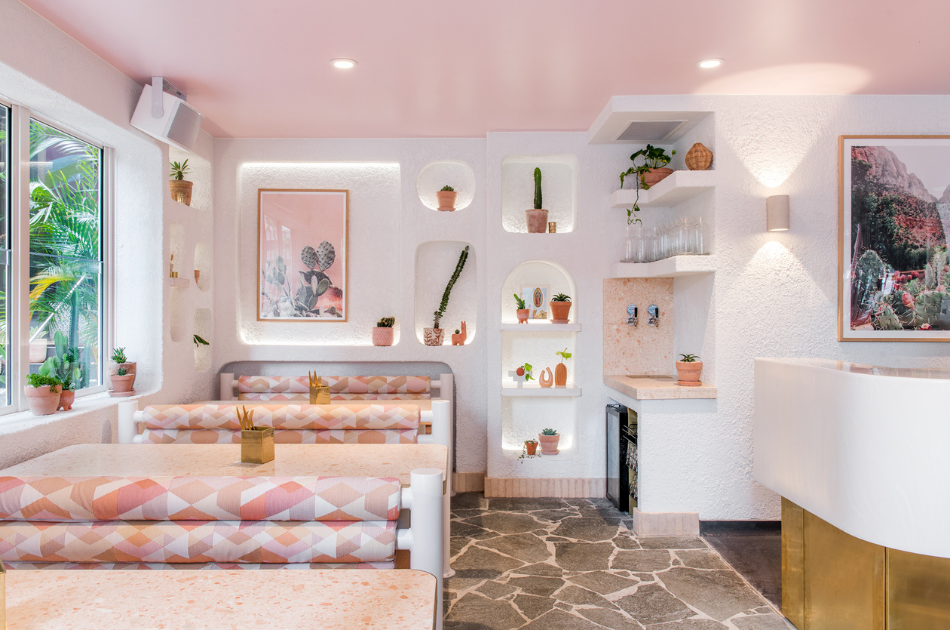 “We had not designed an internally illuminated bar before, so creating a bar top and counter that was not only spectacular but 100% functional for the staff was a challenge. Our collaboration with Corian®, the fabricator constructing the bar and the shopfitter resulted in the bar not only having even illumination but also allowed for future maintenance of the LED lighting strips. The Head of Beverage had very exacting standards and we were able to satisfy him in every way!” – Barbara and Ana said.

One of the main achievements for this project was combining the heritage architecture features and the latest technology available with Corian® surfaces to create a space that not only has a theme but the capability to tell various different stories.

Design By: Barbara Albert & Ana Coelho of The Retail Designers