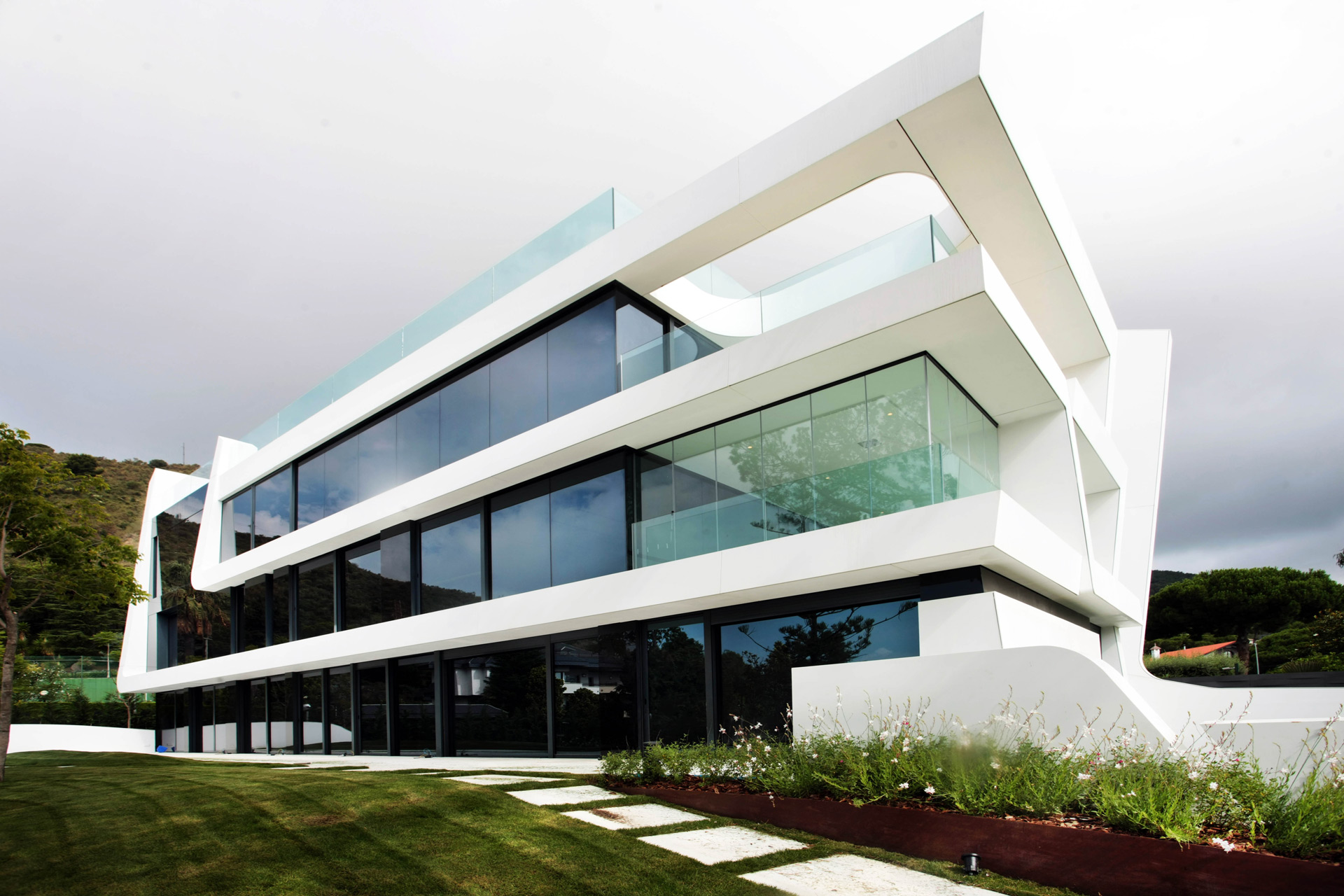 Only the greatest studios are capable of planning and designing an architectural project that becomes a sculptural beacon even before being built. An example of this is what we see as one of the last projects developed by the renowned Estudio A-cero, led by Joaquín Torres and Rafael Llamazares, in the exclusive area of Pedralbes, in Barcelona, for which they have selected DuPont™ Corian® as the main material.

The first and most dramatic impression of this house is the sculptural façade created out of large Corian® pieces with a surface of up to 15 m2 each to build striking panels of around 1,300 m2.

The material has been adapted to the design, which needed some exaggerated curves, thanks to the possibility of thermoforming the material. What is more, 90% of the pieces were manufactured at the workshop which means a higher quality manufacturing process, homogeneity at the joints and a more uniform sanding, than when they are assemble at the site. 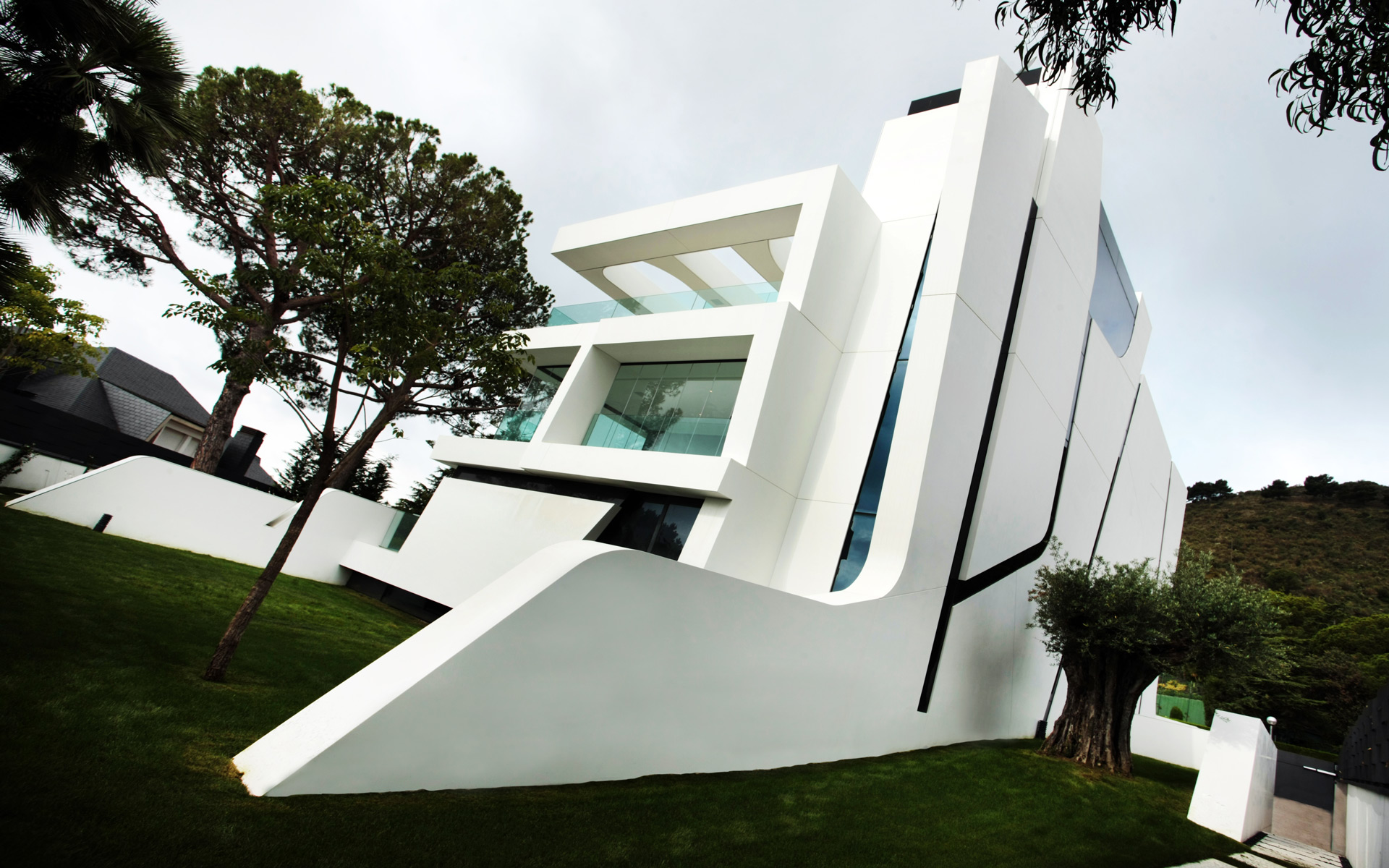 Urbana de Exteriores (in charge of carrying out the façade) have chosen Corian®, a material that they use frequently, because of its excellent performance even in the most demanding situations, as it was, in this case, the façade and the swimming pool lining. Thus, in an impeccable way, technical as well as aesthetical, the architects –under the project management of Eduardo Guadamilla- have built in Barcelona an exclusive three floor detached family home with a 2,000m2 façade drawn entirely using this techno-surface. 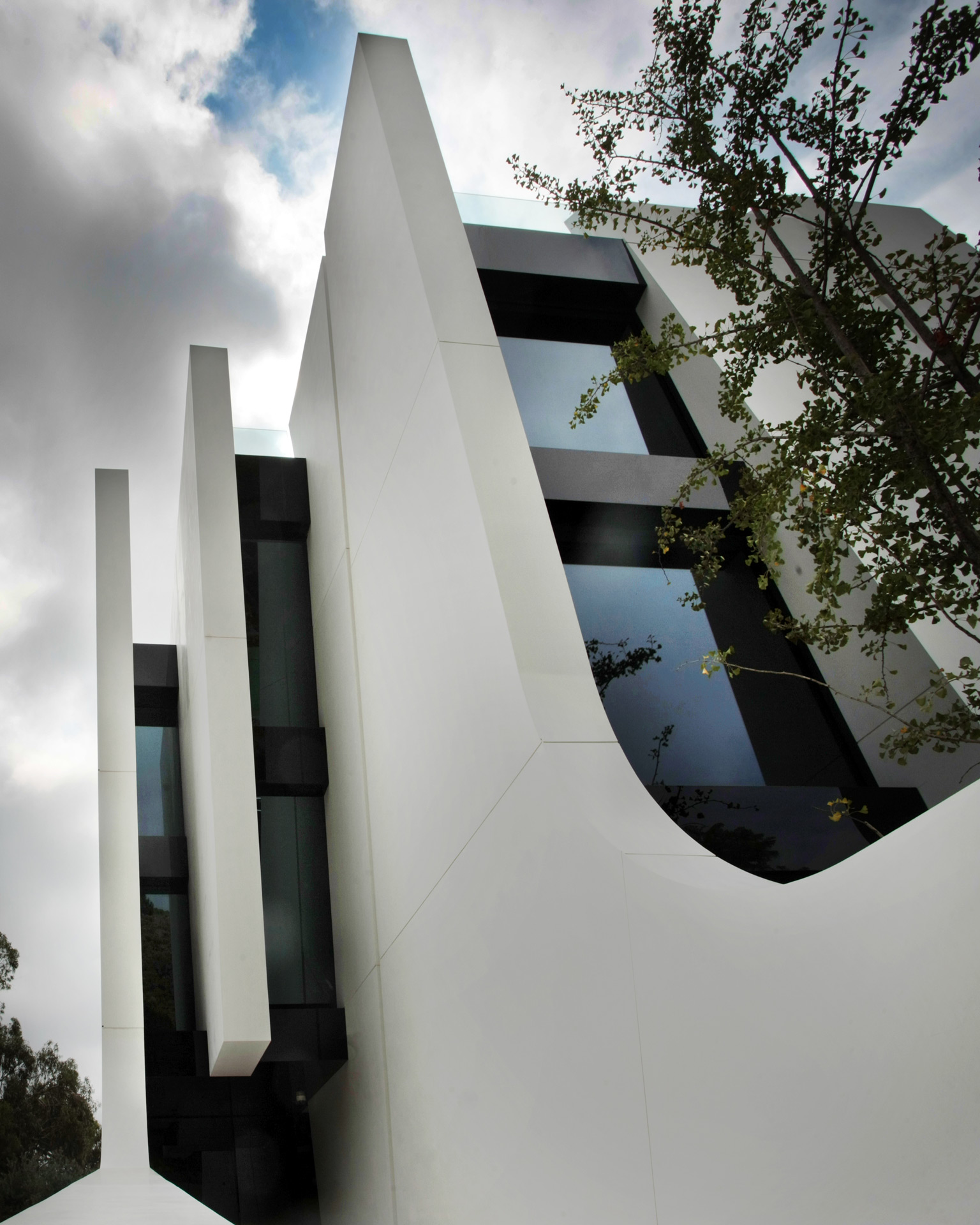 Consequently, this house has emerged from the fusion and the joint work of A-cero and DuPont™ Corian® and it is at the forefront of the most avant-garde design and it remains true to the principles and aesthetics outlined by the Estudio’s renowned international projects.

Design By: Joaquín Torres and Rafael Llamazares of Estudio A-cero