A waterfront designer villa in the Dutch municipality of Westland has recently been given a timeless elegance thanks to a high-tech façade covering using DuPont™ Corian® in the colour Cameo White. 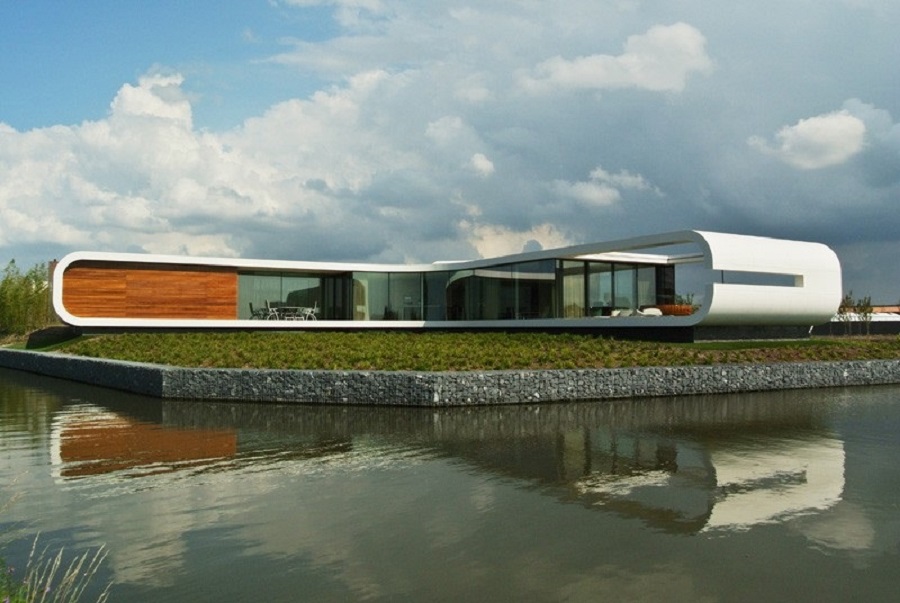 Resistant to moisture and the weather

As architect Koen Olthuis from Waterstudio.NL in Rijswijk explains: ‘Building at a waterfront means special building requirements and DuPont™ Corian® is the ideal solution for these difficult conditions.

After a time, stucco work always becomes unsightly, but this product is completely impervious to moisture and the effects of weather. Decades from now, this façade will still look as good as it did on the day it was made. It is practical and efficient, even if the building isn’t on the waterfront.’ 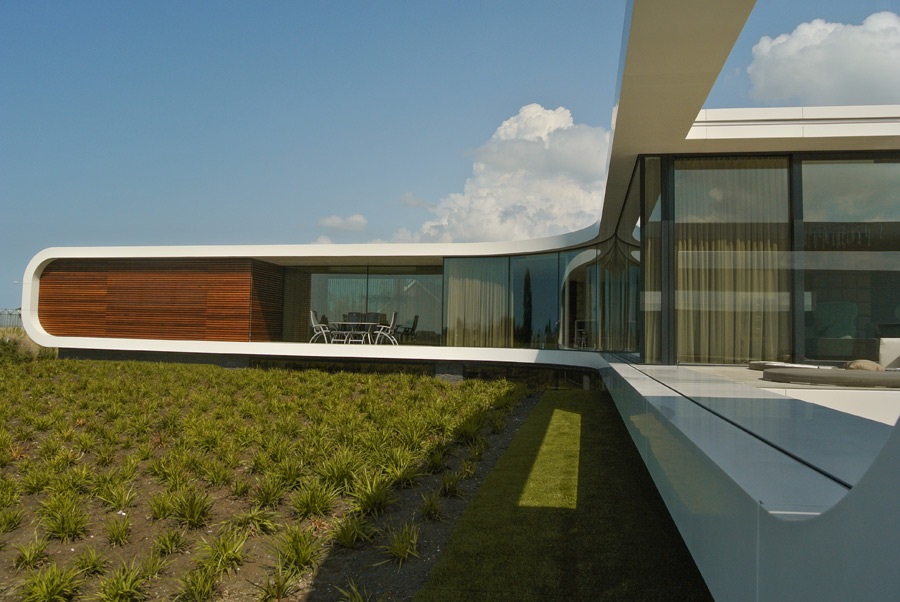 ‘We didn’t want a country house with a thatched roof. We wanted a house that would still be modern in fifty years’ time.’ The architect therefore designed a spectacular villa with distinctive curves in DuPont™ Corian®. He said: ‘This material is so inspiring, I’m discovering new possibilities all the time.’ The client was immediately sold on the concept saying, ‘For the exterior, we didn’t change a thing’. 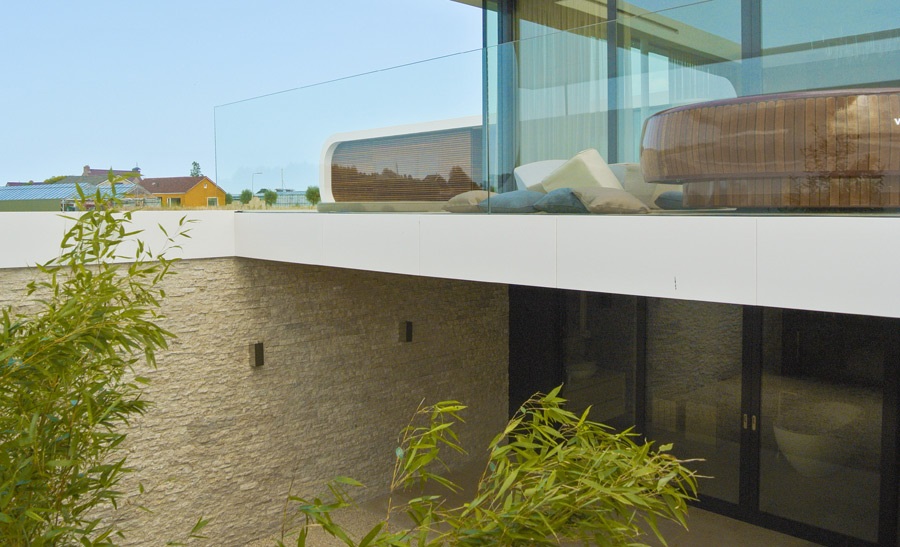 No seams or edges

‘Perhaps it’s because of my background in industrial design,’ he says. ‘DuPont™Corian® allows me to realise the building exactly as I had envisaged it. Seamless, and without distracting details such as eaves, window frames and roof overhangs. All things that distract from the real essence.’

The façades at the water villa in Westland, with their beautifully rounded shapes, are a real eyecatcher. DuPont™Corian® was used for both the horizontal and vertical surfaces. All the edges of the terraces and the minimalistic casings of the sleek sunscreens have also been produced in the colour Cameo White.

‘These façade are completely smooth. For years to come, they will still look like new,’ promises Olthuis. And during this time, almost no maintenance will be needed. The environmental benefits goeven further because DuPont™ Corian® can always be removed and reused, although there is nothing to indicate that this façade covering will ever be replaced.DuPont™ Corian® has also been used for the interior of the villa. For this, Koen Olthuis designed a unique cooking island with a surface that changes seamlessly into the vertical plane. ‘DuPont™ Corian® is resistant to water, acidity and high temperatures, and is therefore perfect for a kitchen,’ he says. The kitchen cupboards have also been made from the same material. And to create an exciting contrast with the smooth surfaces, some of the door panels have been fitted with a soft padding effect. 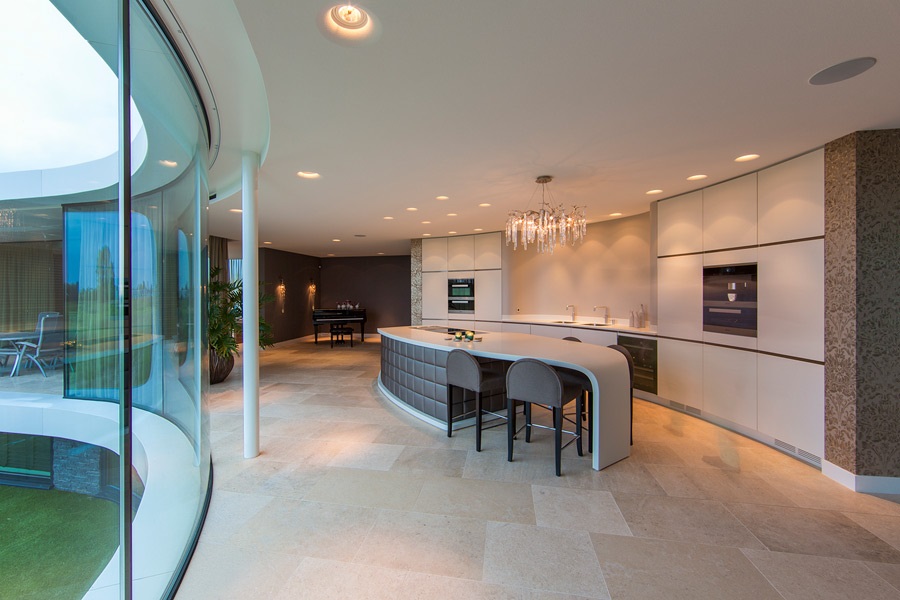 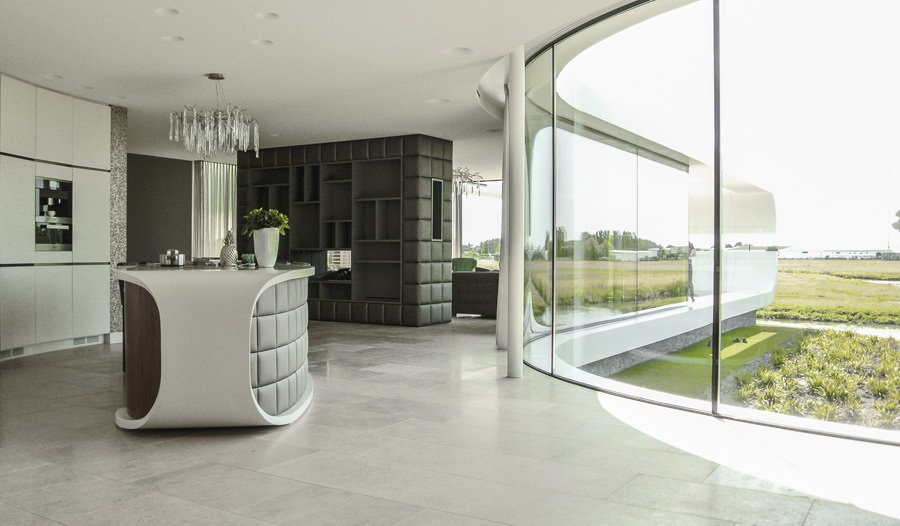