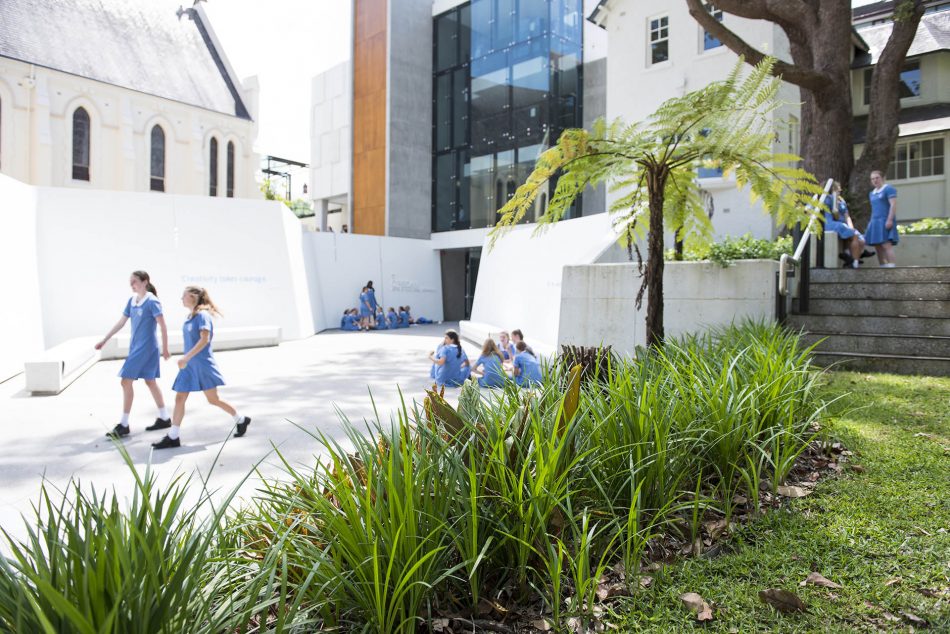 For this Corian® landscape application, Arcadia Landscape Architecture were faced with an aesthetic dilemma. To provide access to a proposed subterranean Performing Arts Centre (By Brewster Hjorth Architects) a series of retaining walls that lead you from the street entry to the building entry were required. This resulted in 3000mm high walls, without including any balustrading for safety from the upper level. Arcadia explored the implications of this through 3D modelling to understand the spatial effect and the moods these would create. The walls were becoming seemingly high and oppressive when proposed as an off form concrete finish. To add to this, there were many reservations about using off-form concrete on such large walls. Arcadia’s experience had always seen sub-standard finishes achieved, no matter how experienced the contractor. 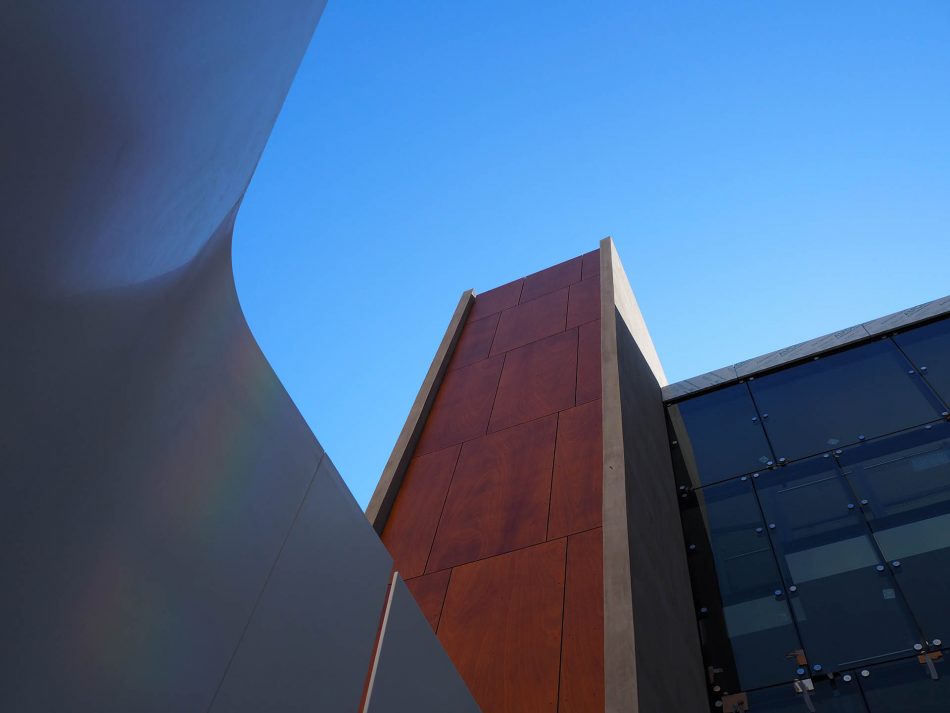 Once Arcadia started to examine the parameters in more detail it was clear that the off-form concrete wall option was not going to be suitable. The major issue was coming up with an approach that would provide a premium finish while costing less than a plain concrete wall. Arcadia found they could cover the walls with plenty of different materials but the finish was nothing inspiring. The facing did allow them to down-spec the structural wall to reinforced blockwork though – big cost savings eventuated. The breakthrough then came when Arcadia started talking about a material that was rigid enough to become the balustrade itself. It allowed them to reduce the height of the retaining wall in behind which created further cost savings. Working closely with the Structural Engineer (Northrop), the reduced height also resulted in a smaller footing and additional budget surplus.

Arcadia started to explore the sculptural qualities of these walls through rudimentary Sketchup models. As the process continued they were able to see that the angles of these walls became quite dynamic as you moved through them. By tilting them back from horizontal we able to reduce the feeling of enclosure. To express this dynamism Arcadia sought a product that was malleable but robust. Rigid but also flowing. Corian® was an obvious choice. 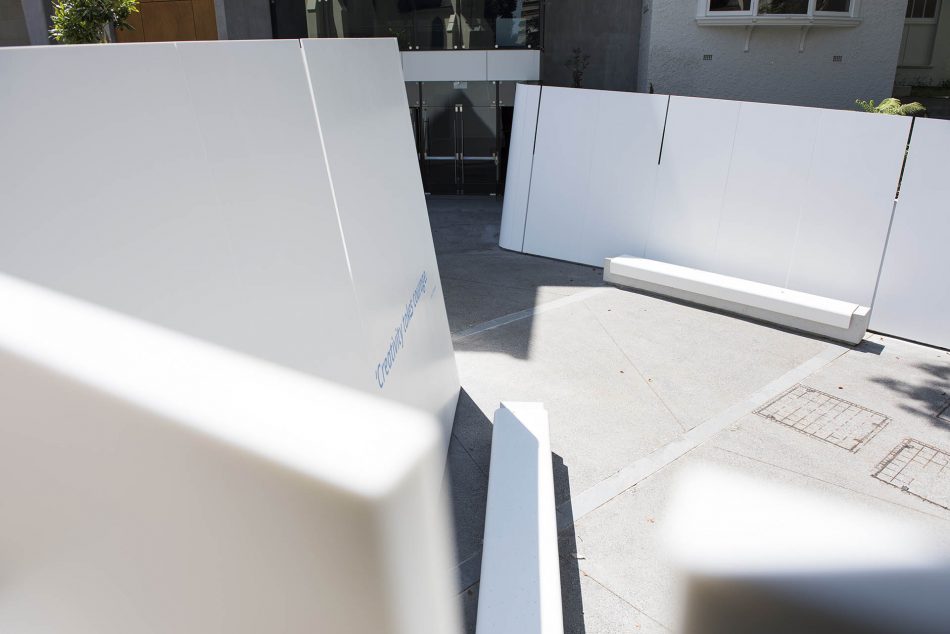 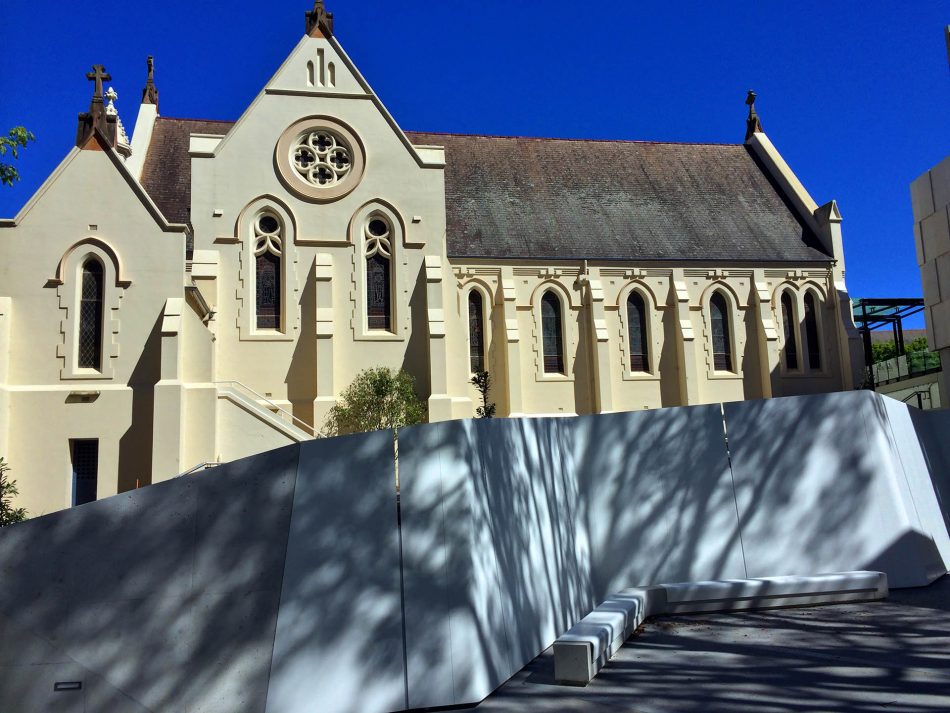 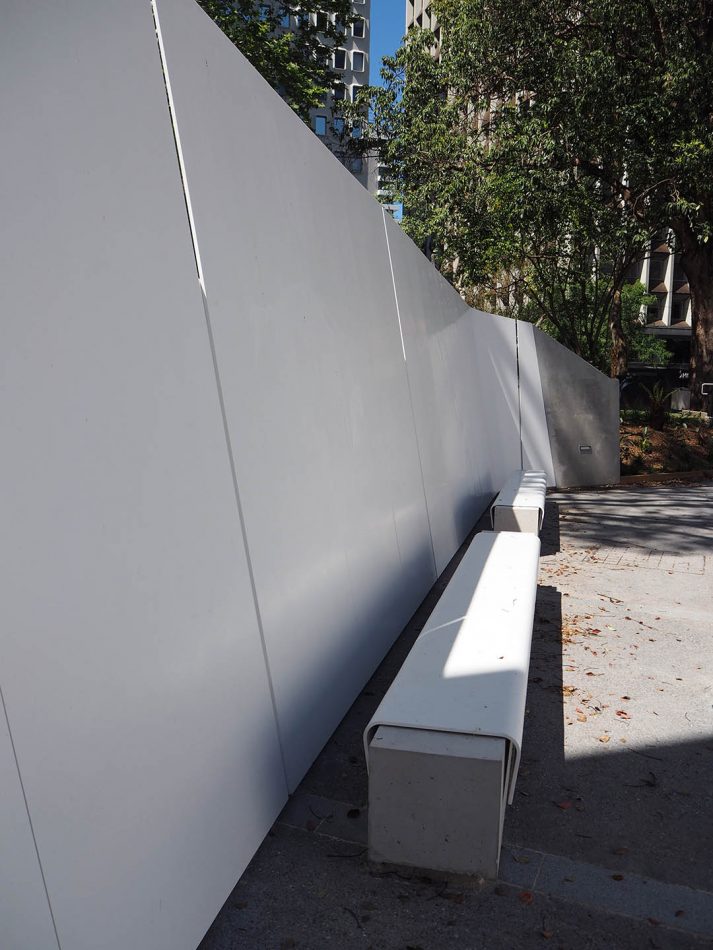 The next step in the process saw Arcadia exploring the properties of Corian®. What could be achieved? What was the best way of maximising both the visual effects and physical qualities of this material for outdoor use? Its robust qualities and non-porous surface solved many potential issues. Not only was the product going to be colour stable but it was also going to be very easy to clean and could also be locally repaired if it was ever damaged through accident or vandalism. 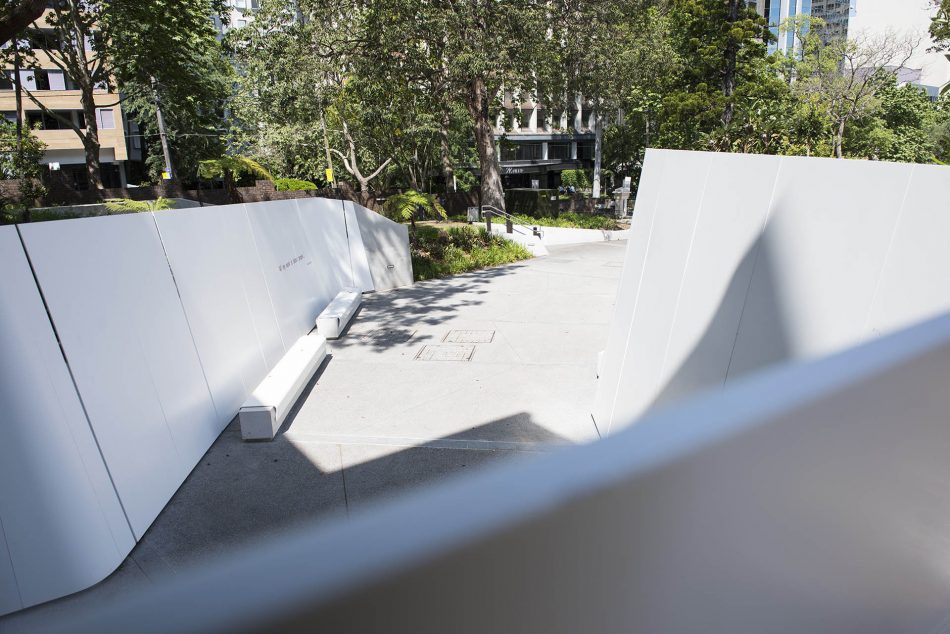 Arcadia pushed and pulled the walls during design development until they came to a point where we felt the balance was right and the desired effect would be achieved. Thermo-forming the corners exploited the material properties of Corian® and provided a sensual contrast to the heritage Chapel in the background. It provided a contemporary approach to the new facility, full of grandeur and visual impact. Vertical LED accent lighting strips were able to be designed into the space where the Corian® panels were separated for expansion / contraction. 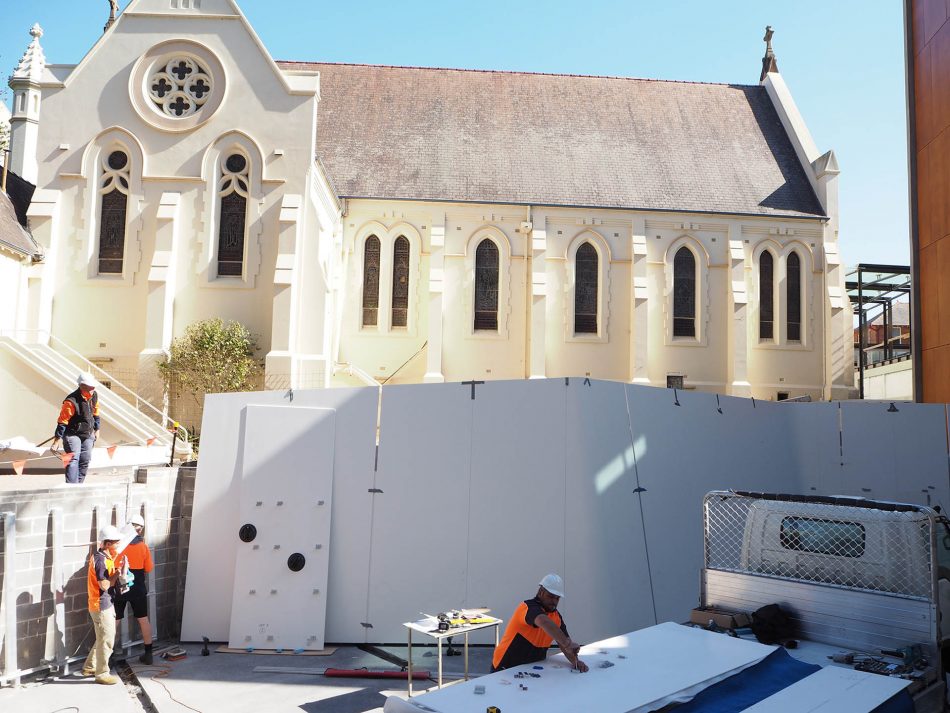 Further application in furniture elements contributed to a cohesive approach to the main entry and adjacent spaces. A consistent jig profile was created which was then used to thermoform various lengths of seat for application to the top of walls or to concrete plinths. Utilising an adaptable material such as Corian® allowed Arcadia create unity in the elements of the design. 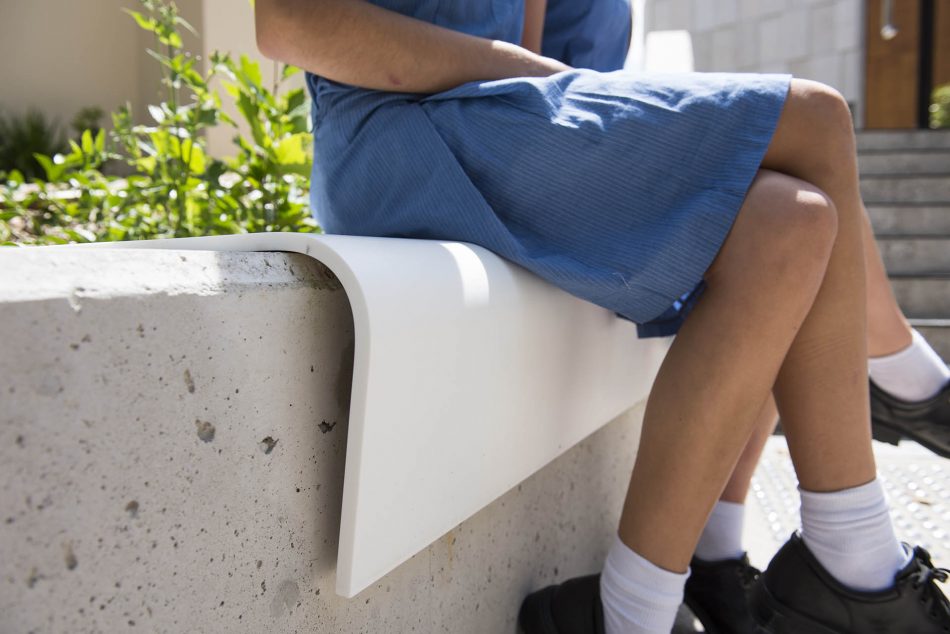