Microsoft. The name says it all. For the company’s new German headquarters in the north of Munich, enormous panels in Corian® design surface resemble gigantic windows opening onto the surrounding landscape. The modern office building is the ideal venue for hosting contemporary work solutions. Its layout adheres to all the relevant criteria Microsoft expects in an open and flexible workspace.

Designed by Munich architectural practice GSP Architekten, the headquarters of Microsoft in Germany consists of a staggered building structure with numerous plant-covered terraces and courtyards bathed in natural light. Its open campus layout and friendly ambiance captivates not only the 1,900 Munich-based Microsoft employees but also its neighbors. Laid out over seven floors, the 26,000-square-metre space has been designated as a “Smart Workplace.” Employees decide when, where and how they carry out their work. Four different “Workspaces” are found in the building, each taking into consideration the varying work demands of staff. 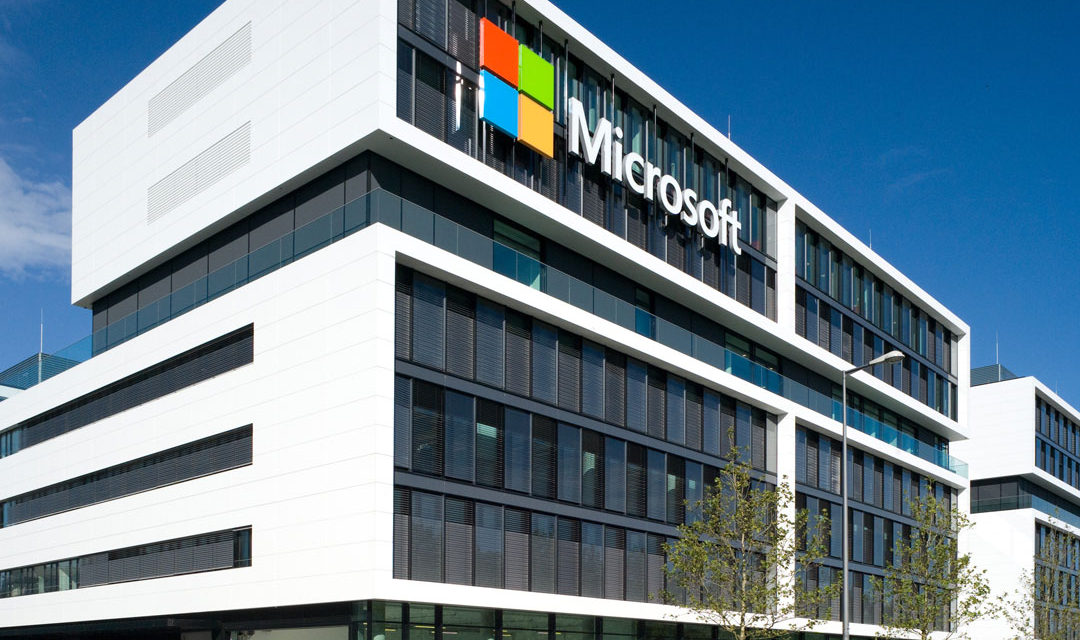 The building’s exterior is characterized by its prominent white facade made of Corian®. “The most important criteria for choosing Corian® for the building envelope was the smooth, homogeneous external image we were able to achieve. The look is especially fascinating when illuminated by the sun,” explains Ingo Schäfer from GSP Architekten. “As an additional advantage, the smooth, non-porous Corian® surface has a self-cleaning effect. Therefore, dirt will not adhere to the facade.”

Work on the facade was carried out by HAGA Metallbau GmbH. Thanks to the flexible, three-dimensionally adjustable substructure developed by HAGA, the pre-fabricated Corian® panels were installed with the utmost precision. HAGA commissioned Hasenkopf, Industrial partner of the Corian® Quality Network Industrial Partner, to fabricate Corian®.

Hasenkopf delivered the pre-fabricated panels and shaped components according to a strict time schedule. A logistical tour de force, 5,200 square meters of Corian® facade in the Glacier White color were delivered in 1,400 individual parts. The durable, weather- and UV-resistant material is easy to clean and maintain. It features an appealing aesthetic, is friendly to the touch and permits the on-site removal of graffiti.

Technically speaking, this is a ventilated, rainscreen-mounted facade with undercut anchors fastened to the back of Corian®. They carry the dead weight as well as all the other forces involved with the exterior wall thanks to a sophisticated rail and hook system.

The Corian® organization in Germany assisted the architects and fabricators during the planning and fabrication of the facade. Corian® filed the application for building approval (Zulassung im Einzelfall) of the facade material as well as compiled previous submissions and audits from several projects successfully implemented in Germany and Europe. Furthermore, the required technical audits were approved without any problems. Additional help came from the existing ETA (European Technical Approval) certification for facades that Corian® holds.

The prominent facade shines on its surroundings in the early morning hours. The frames made of Corian® enclose two- to three-story-high window elements, with narrow, room-high pivot windows providing direct ventilation. The innovative building frames are like oversized windows allowing a view of the surrounding landscape. They are reminiscent of the product that made Microsoft one of the world’s leading brands.