Cardrona Views Located on a Central Otago lane, this kitchen was the second project completed by the designer for this client. A brand new home in a typical prominent gated community, the space was dictated by the architect. Surprisingly, the client sought a modern, contemporary interior that cleverly juxtaposed the exterior of the house. Four years from design to completion, everything was made from the ground up. Despite this, it’s perfect for 2020 showcasing the refined taste at play and timelessness of the modern feel of this kitchen. 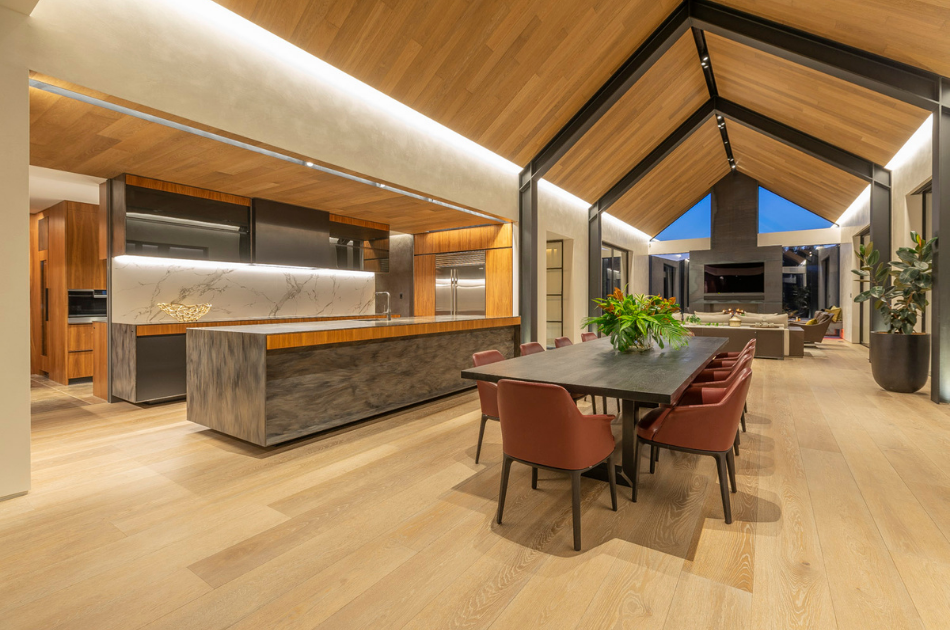 The owner spared no expenses in ensuring every facet of this kitchen was to the highest standard. Not only did the kitchen need to have a day-to-day function but also be able to entertain at a corporate level and function, in part, as a scullery when needed. Electric doors open up to a large back end of the kitchen, where a complete scullery can be found. This completes the functional aspect, ensuring the kitchen can serve as an entertainment area with ease. High-end appliances were used in the fit-out including a Miele Sub-Zero, three Miele ovens and two integrated wine fridges at the back of the kitchen. These were chosen not only for their aesthetics and how they complement the design but also for their advanced technology and high performance. As the client is a well-known coffee enthusiast, there needed to be a dedicated area to coffee-making in this kitchen. As such, two Lever coffee machines and specialised fridges can be found in the space, adding to the personal fulfilment the client receives from his kitchen. 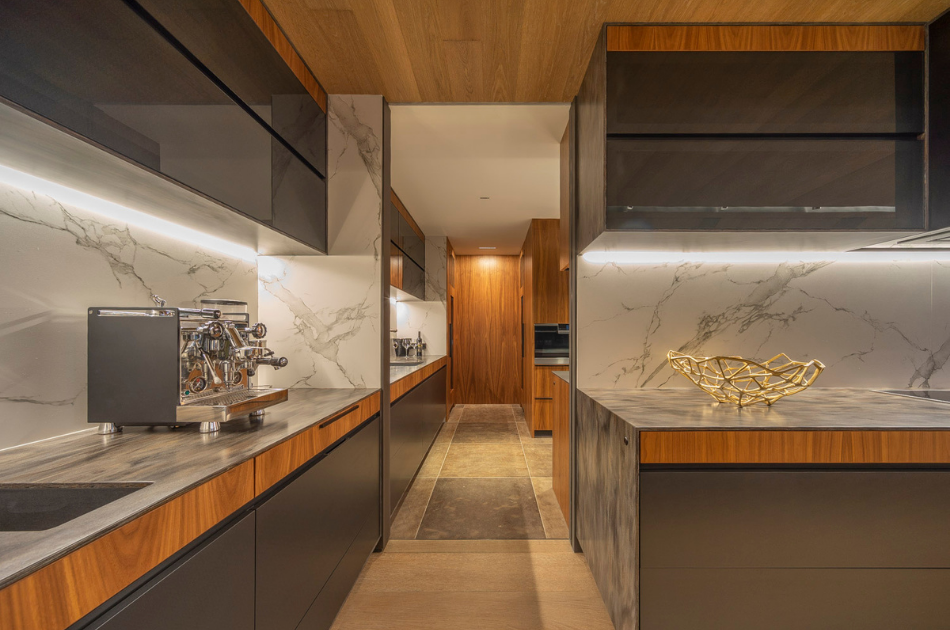 For inspiration, the designer drew from a palette of rich, earthy colours. Under-cabinet lighting complements these tones well and both add a softness to the clean lines and sleekness of the design. Modern materials give this kitchen a contemporary look whilst keeping everything pristine. The designer chose Corian® and black glass to create this unique, modern look ensuring it’s also hard wearing and long lasting.

From the outside, this home resembles its neighbours on both sides. Stepping through the front door is an entirely different experience. The visual impact of this modern kitchen is particularly striking due to the contrast of the exterior. Rather than clash with it, the clever design of this modern kitchen marries well with the overall feel of the home, bringing together contemporary design with a complete, functioning scullery, and modern appliances with a timelessness that is hard to achieve. One of the challenges in this project was keeping the kitchen on trend due to the amount of time that had passed from design to completion. 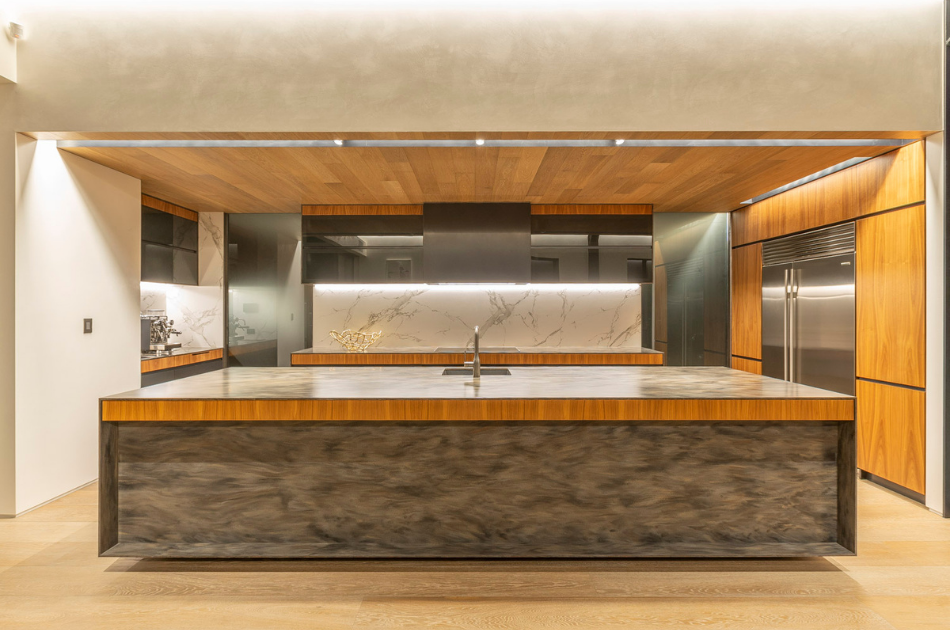 The client has received widespread feedback from visitors, with people being blown away with the final result, not having seen anything like it in the community. After several successful corporate events, the kitchen is functioning as requested for the owner. Described as “world-class” by the architect, it has truly surpassed the client’s expectations, in design and function.

Corian® Sorrel was the perfect choice for the colour way to achieve in the overall design. Corian® was use to form a surround to all the units which created a beautiful 12mm picture frame effect. 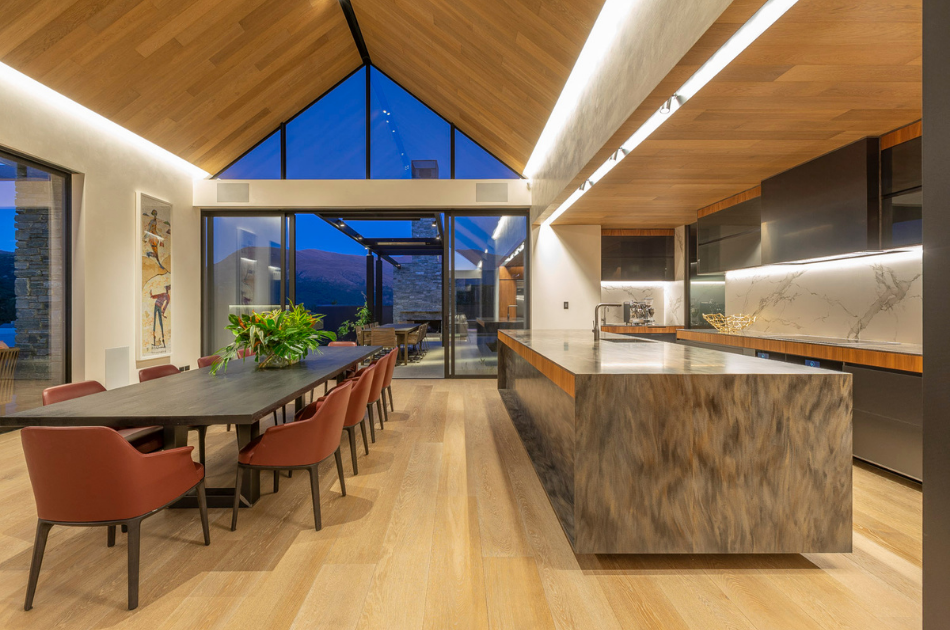