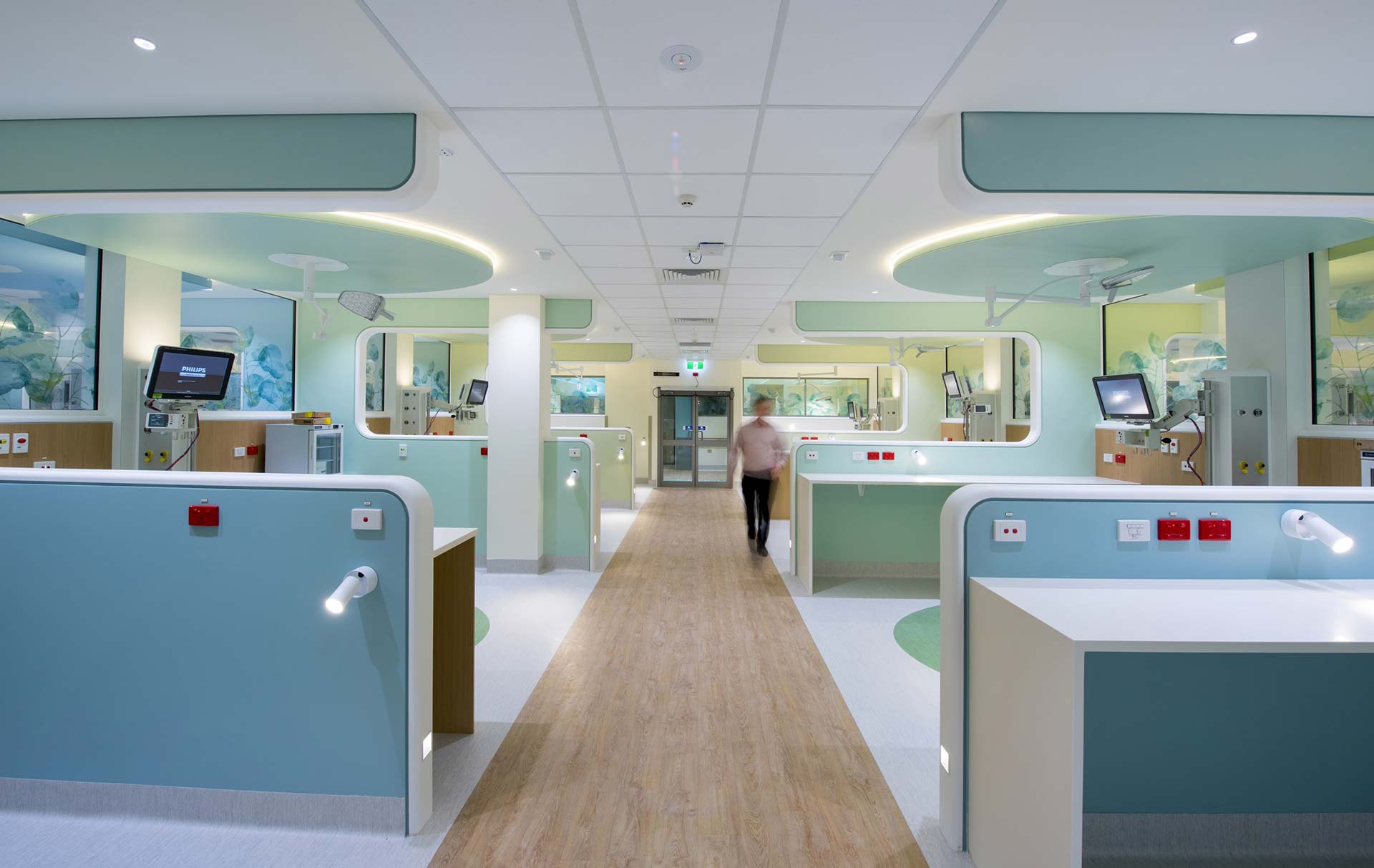 Corian® was specified in the refurbishment of John Hunter Children’s Hospital Neonatal Intensive Care Unit (NICU) because of its hygienic properties and ability to integrate seamlessly into the overall design. 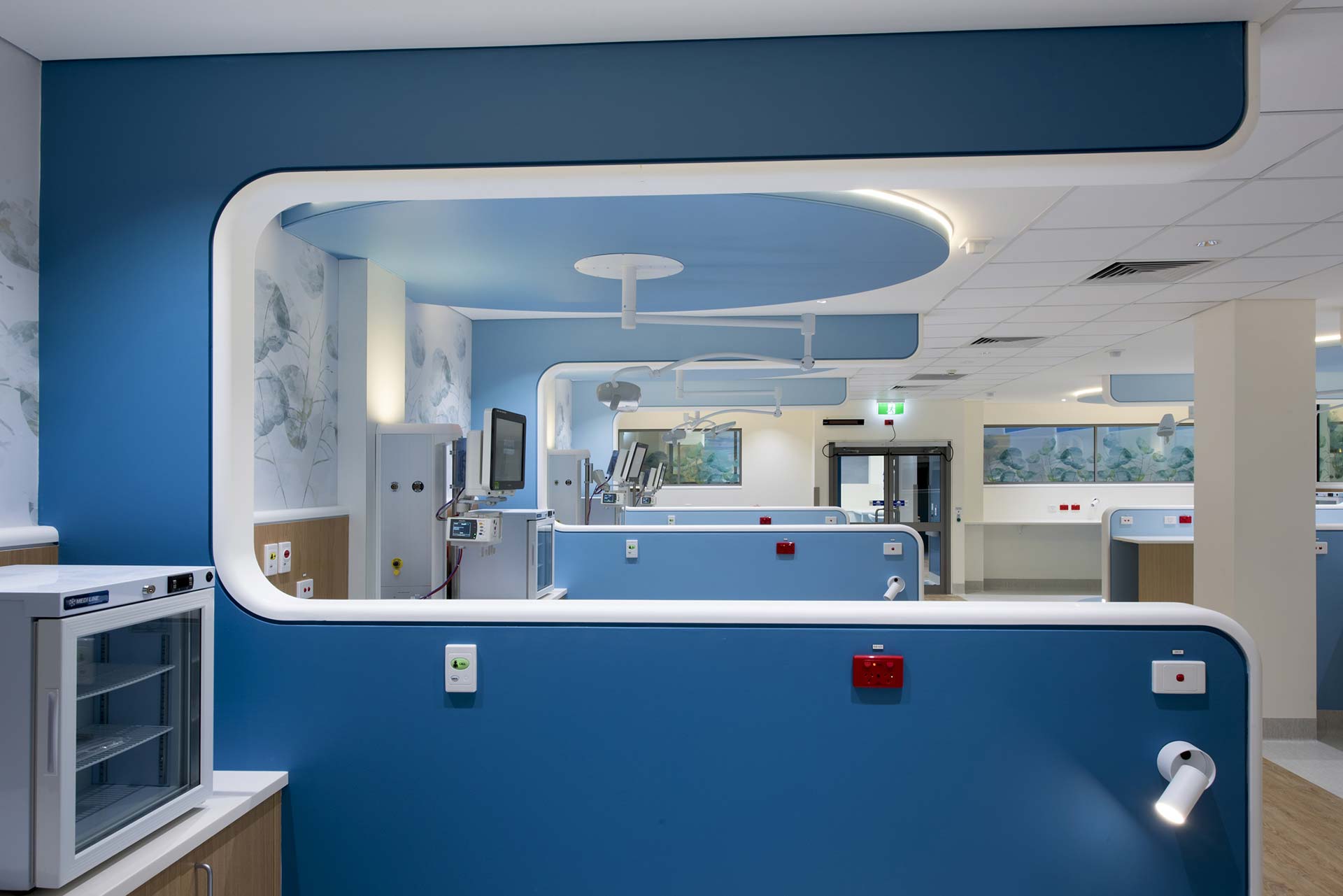 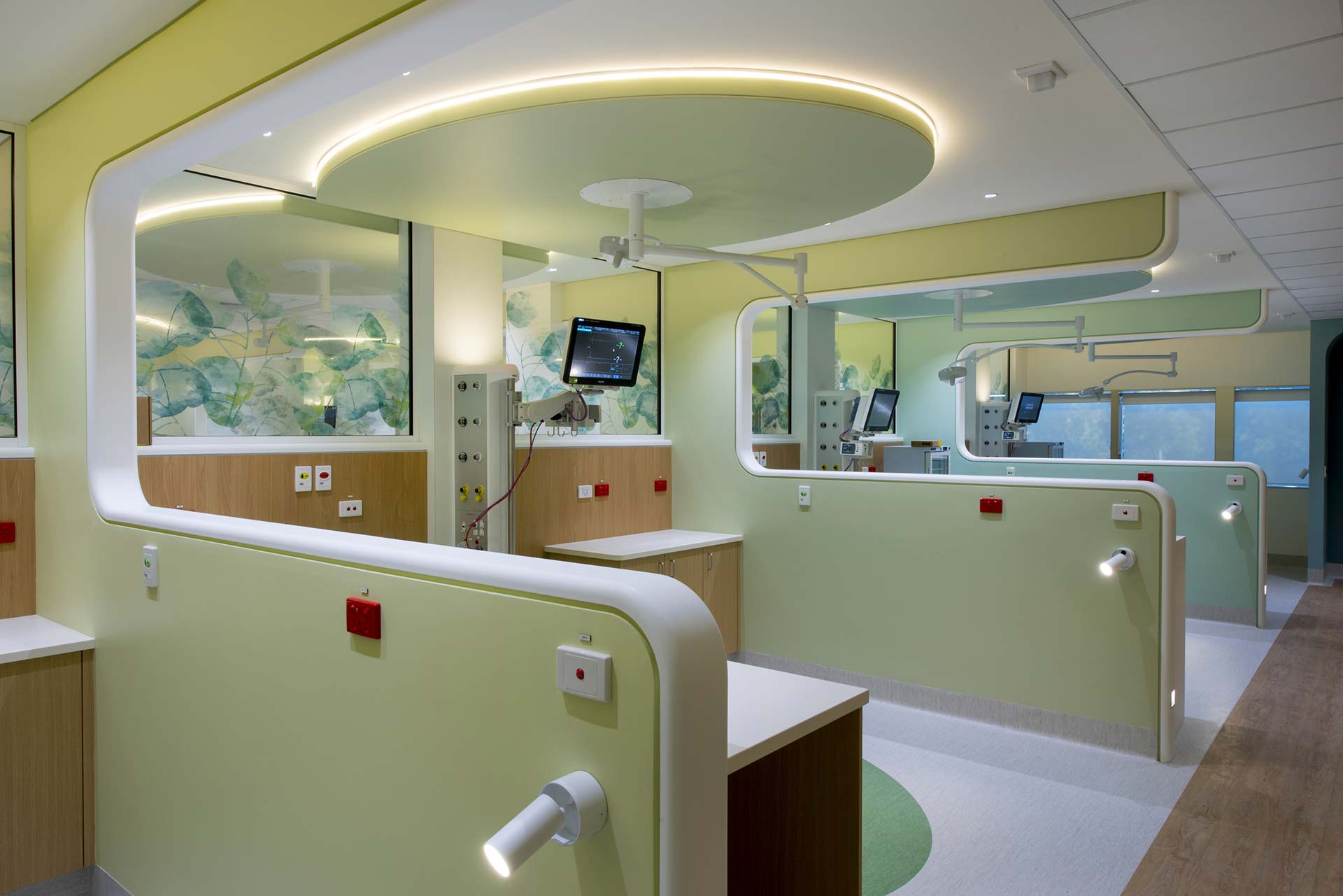 EJE Architecture wanted to create a clean, infection free space for staff and families to care for their babies. Corian® fitted EJE Architecture’s requirements perfectly by having the ability to seamlessly bond the material, creating an ergonomic design for the staff, along with the benefit of its easy to wipe surface. Corian® was used for all the benchtops integrating Corian® baby baths and the curved wall details. 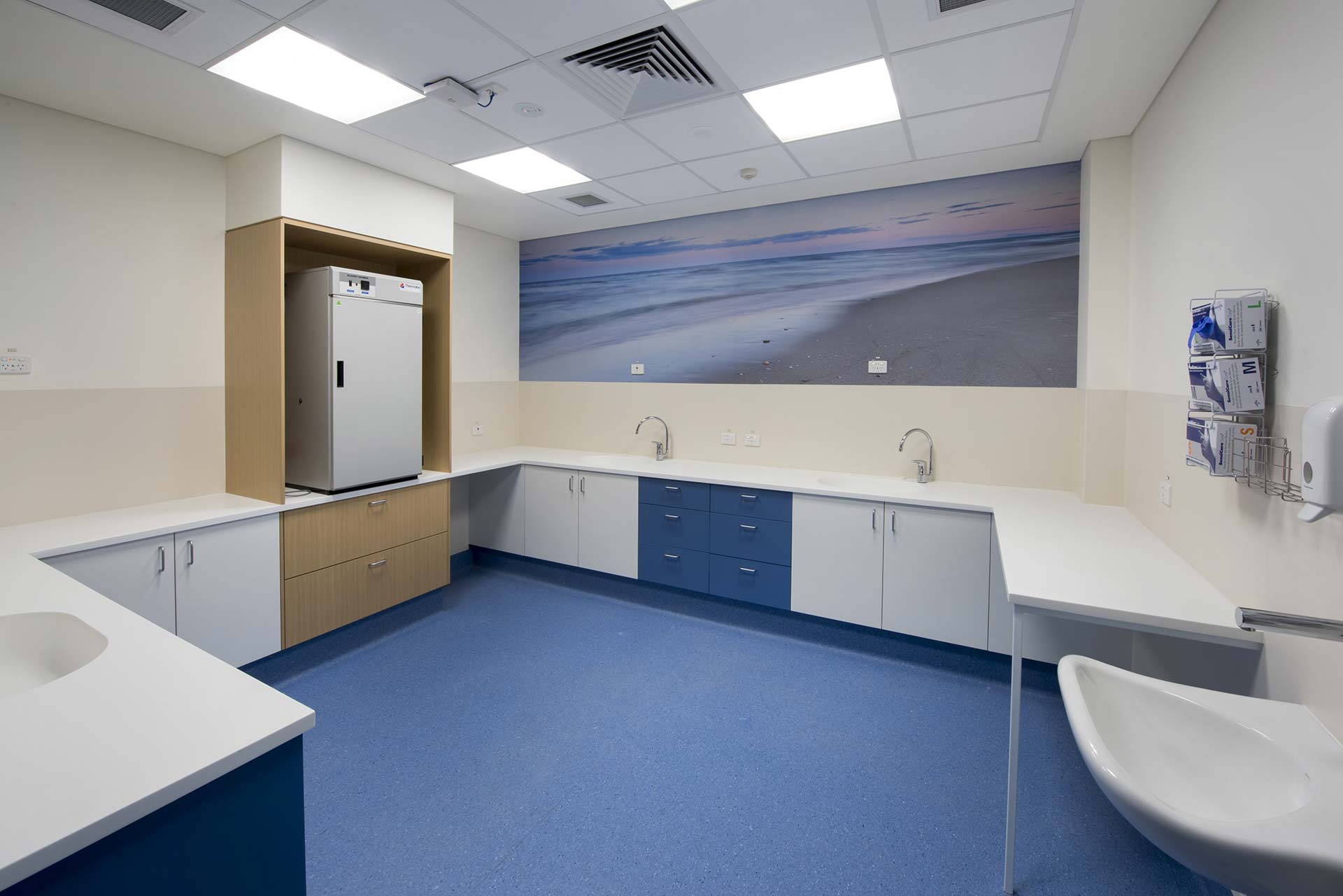 Being able to integrate the baby baths into the benchtops provided a clean and hygienic solution for the NICU area. Corian® is a non-porous material and has the ability to be formed seamlessly without the need for grout, eliminating any moisture seeping through cracks and eventually forming mould. Because of its seamless design, any bacteria that resides on top of the bench tops and baths, can be easily wiped away without the risk of any residue build-up. 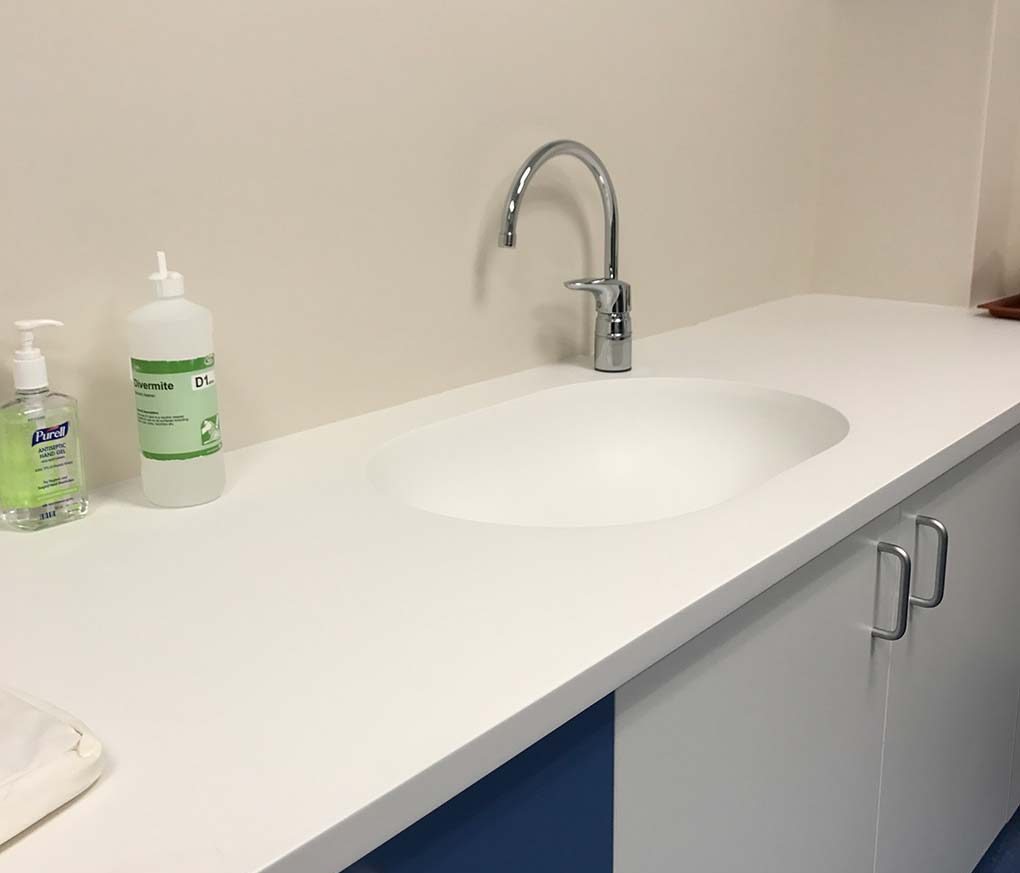 The maintenance staff can easily keep benchtops and baths clean by using non-harmful chemicals to remove stains and dirt, reducing the risk of harsh chemicals coming in contact with sensitive, vulnerable patients. 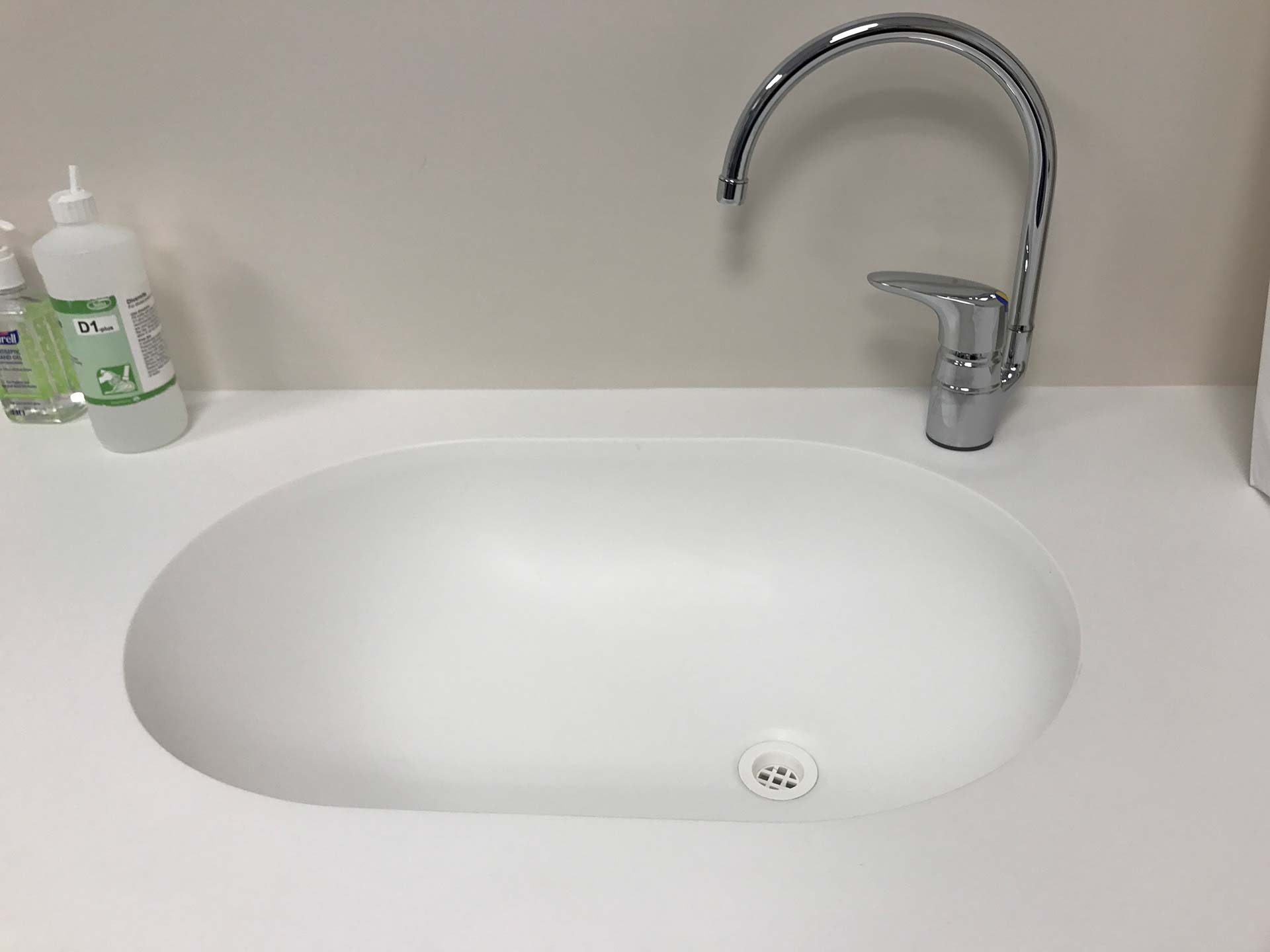 EJE Architecture was able to create the organic curved privacy walls with ease due to the exceptional versatility of Corian® with its ability to be moulded into any shape or form. 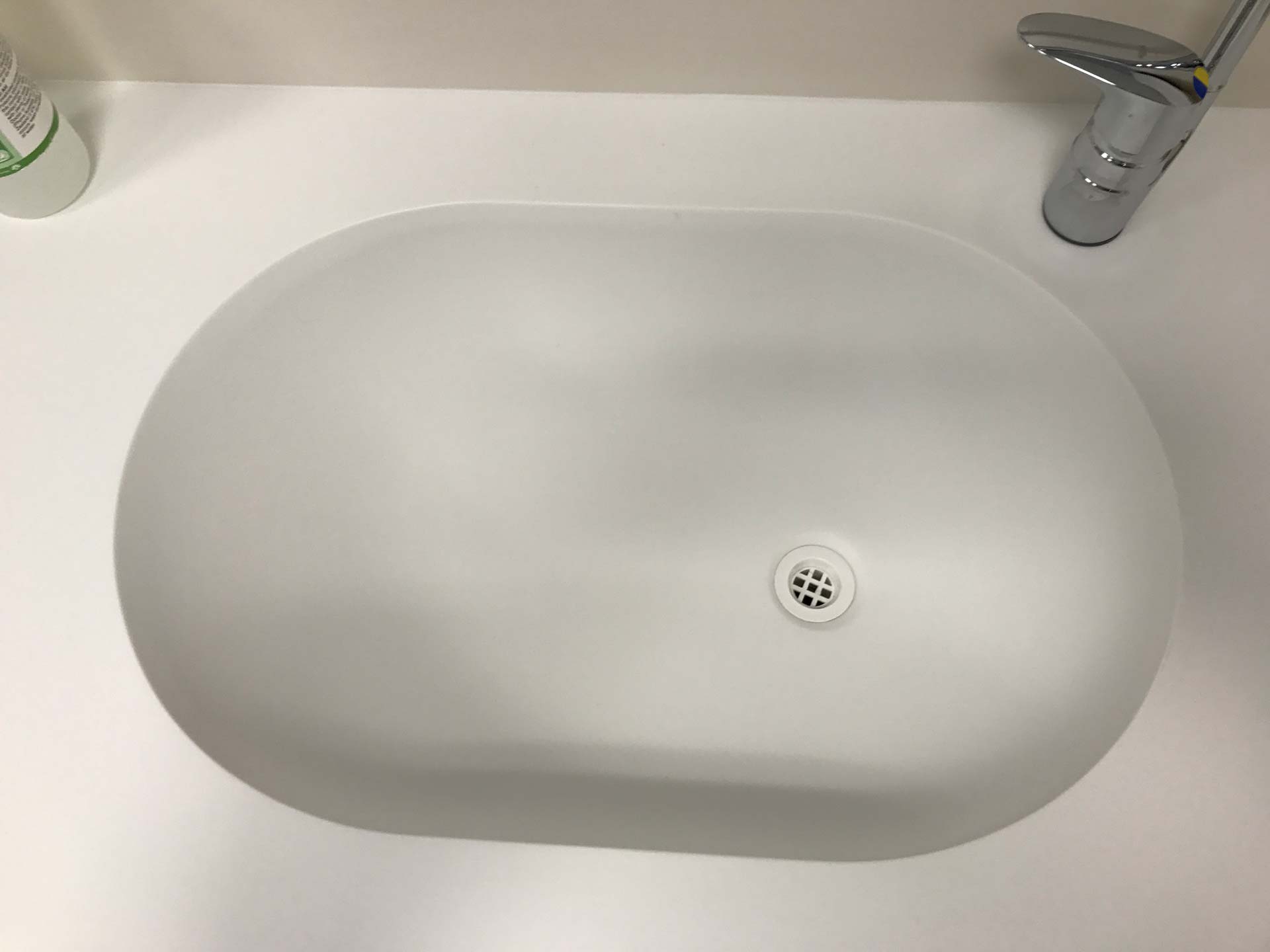 Corian® Glacier White and Rice Paper were used within the NICU to create a clinical, calm and relaxed environment for new born babies and their families.